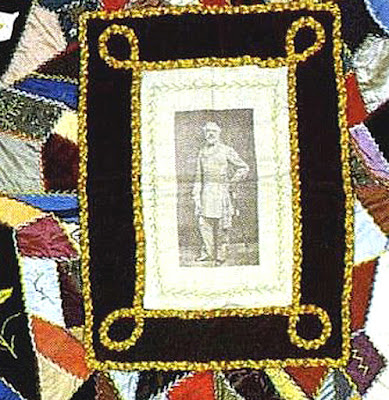 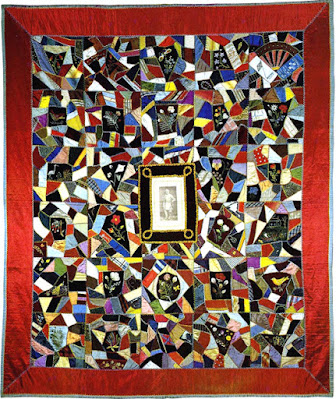 The central portrait is a version of a carte-de-visite (CDV) of Lee,
printed onto fabric. 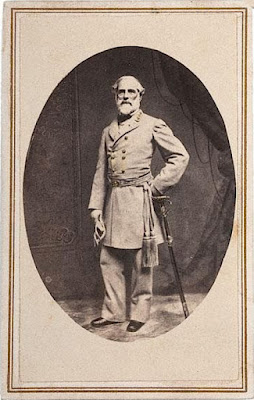 Cowan's Auctions sold one of these unusual standing portraits
5 years ago with the information that it was from the studio
of Lumpkin & Thomas in Richmond during the war.
https://www.cowanauctions.com/lot/robert-e-lee-cdv-with-rare-war-date-signature-plus-182118

During the Civil War collectors North & South bought small cardboard photographs of army generals. The quilt, however, must be after 1880 or so when crazy quilts became the fashion. 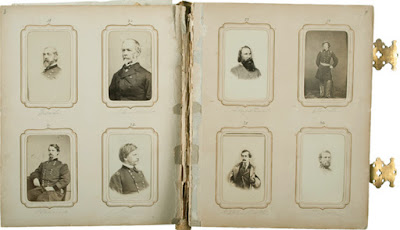 People of all ages assembled albums and pasted CDVs into their scrapbooks
and diaries. 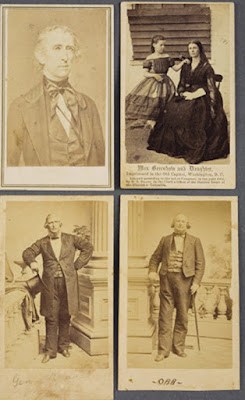 And South Carolinian Mary Chesnut
made an album of Southern generals, celebrities
and friends. 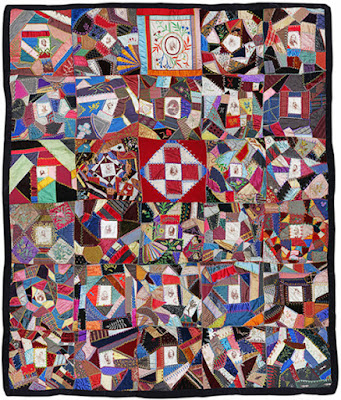 Quilt dated 1887
The American Civil War Museum, also in Richmond, owns another crazy quilt with fabric portraits printed from CDVs. Each of the blocks contributed by different seamstresses features a silk portrait of a Confederate general.
It's associated with Marie Middleton Davies (1848-1947) who was born in England. After the war into the 1880s her husband William Woodburn Davies worked with his father in a Richmond photography studio they named the Lee Photography Gallery after the General, a business probably purchased from wartime photographers Vannerson & Jones. Their studio might have had the plates for many wartime CDVs, which could have been printed onto silk and distributed to the stitchers. 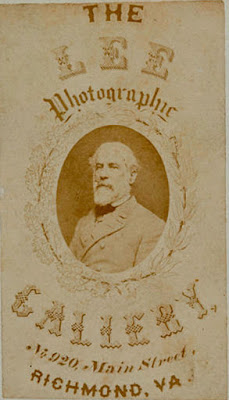 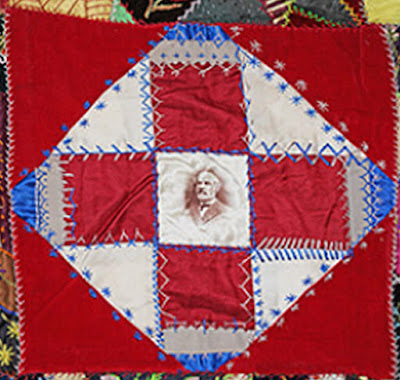 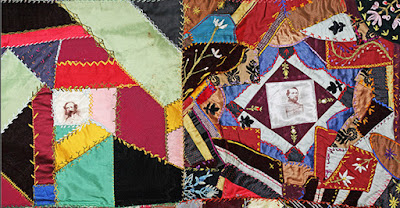 Certainly a variety of different hands worked the blocks.
Next week a few more quilts and CDVs.
Posted by Barbara Brackman at 6:00 AM