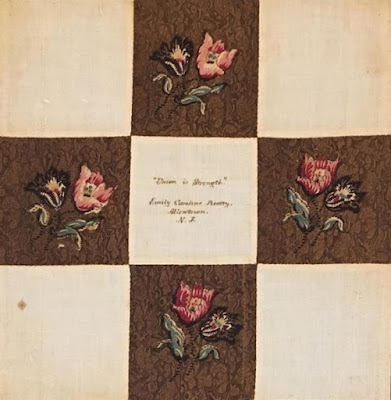 Here's a pretty little nine patch block
with an intriguing inscription but no date. 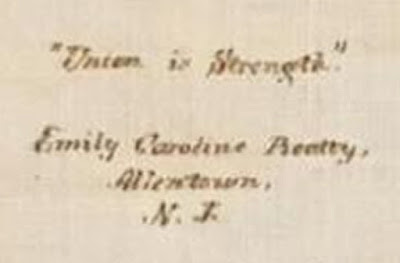 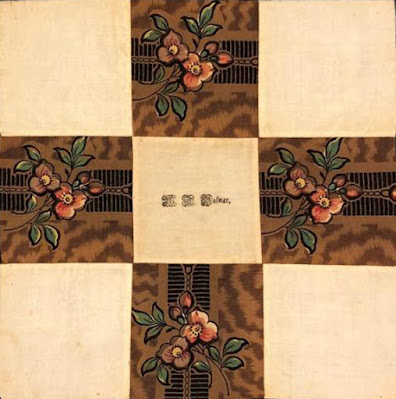 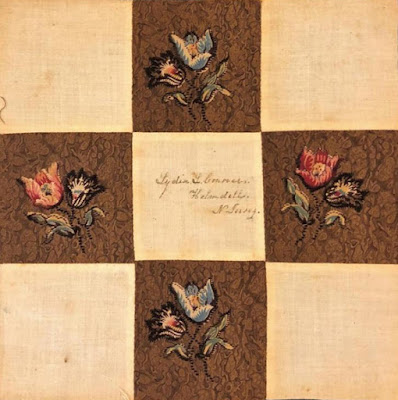 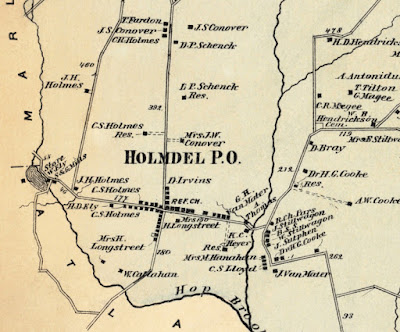 Monmouth County's Holmdel (with one L at the end) was named for all the Holmes
who lived there. 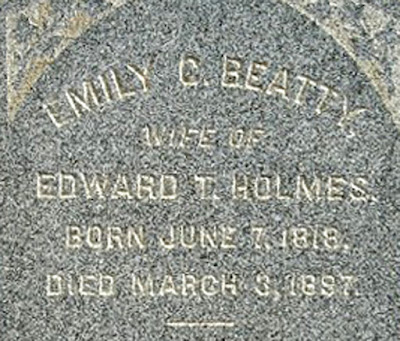 One of whom Emily Beatty married.
Did Emily's motto "Union is Strength" have anything to do with the Civil War?
The three blocks seem to be from the early 1840s. At least the inked and possibly stamped inscriptions would have to date after 1840. You don't see inked album blocks until 1841 or later. However, the two brown floral fabrics used in the nine-patches seem older than 1840---maybe as early as 1825?

Did Emily, Lydia and Mary ink their names on old blocks when the album fad began in the mid-1840s? And then decide not to make them into a quilt as they were so old-fashioned? 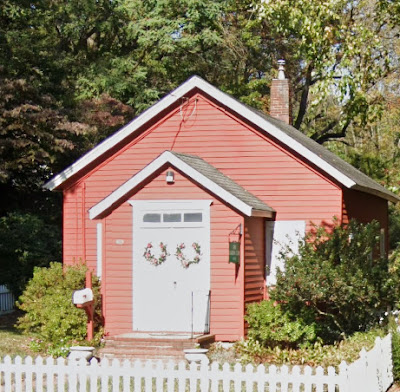 The Union School is on the National Register of
Historic Places.

It's all speculation but I doubt the Union motto was political. There was a Union School in Monmouth County founded in 1842---perhaps the women had something to do with it as teachers or students.

There was a "secession crisis" in South Carolina 1850-51. The 1840s leading up to that were fraught with discussions about slavery. So, it is possible that "Union is Strength" is a political slogan. See: South Carolina Encyclopedia here https://www.scencyclopedia.org/sce/entries/secession-crisis-of-1850%C2%961851/ Holmdel had a Quaker population that is worth exploring, too.