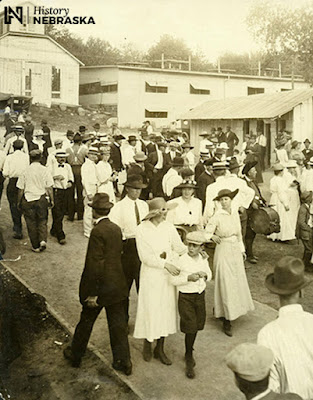 Quilts have always been a state fair feature. Visitors to Nebraska's 1916 State Fair viewed 18 "woven quilts"---antique bedcoverings, we can guess, lumped together in the reporter's view.

"One of the patchwork coverings, has the following little story pinned on it:

'During the civil war a raid was made on Jeff Davis' home. The red pieces in the quilt are from the curtain in his library. My father George W. Thompson, a soldier in the civil war, sent this home after the raid. The quilt was made fifty years ago (1866).'
Note and quilt from Mrs. W. R. Davis of University Place. 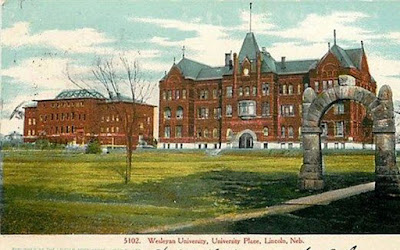 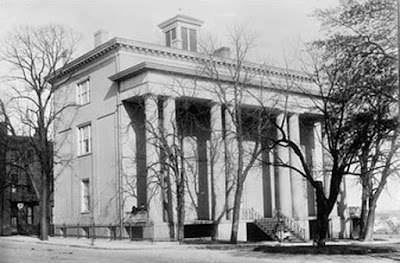 The Confederate White House in Richmond,
occupied by the Union Army in April 1865.

Did George Thompson take a scissors to the drapes at the Davis home in Richmond in 1865? 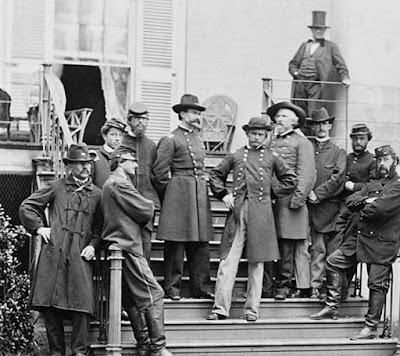 Maj.General George Ord and staff on the South Portico of the
White House of the Confederacy, 1865, Library of Congress.
Lace curtains flutter in the breeze here.

A few days after the capture of Richmond Abraham Lincoln and son Tad visited the Davis house. 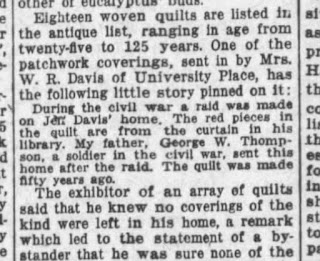 Civil War memory....
How accurate?
With common names like Davis and Thompson it's difficult to follow up.

No picture of the quilt??? would be nice to see it.