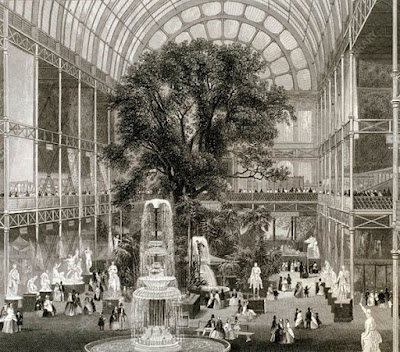 Anne Catherine Boykin Jones, member of America's Southern elite, took a voyage to Europe to view the 1851 Great Exposition at the Crystal Palace in London.Her diary in the form of letters to sister Clara back in Columbus, Georgia describes a trip to Paris next where---being rich and fashionable--- she and her 14-year-old daughter were fitted for gowns by French dressmakers. 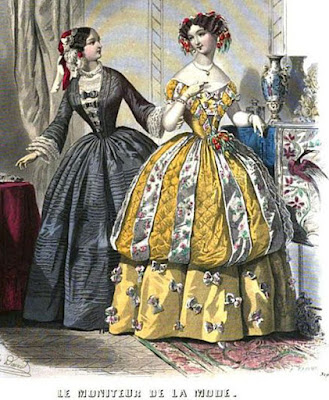 French fashion, silly as it may have been, was the Western world's standard. But 34-year-old Mrs. Jones was not pleased:

"Prices are exorbitant and we are not half as well fitted as Mary can fit me at home...."if my seamstress at home could only see what miserable fitting dresses her young mistress and I wore, she would be extremely mortified." 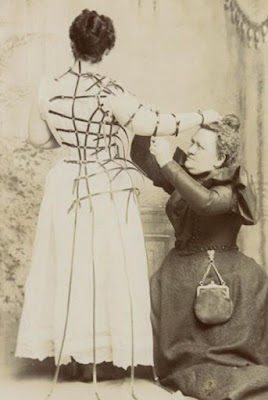 Anne (1817-1886) was the daughter of Camden, South Carolina native James William Boykin (probably a relative of Mary Boykin Chesnut whose Cassandra's Circle we are visiting in an applique quilt this year.)  Her father moved to Georgia where Anne was born in Baldwin County. She married James Randall Jones (1808-1871) and they became one of the oldest and most prominent families in Columbus, Georgia, according to a daughter's obituary. 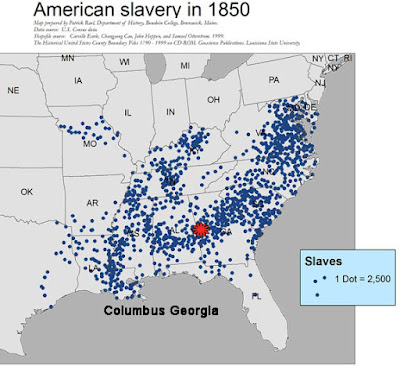 Columbus on the Chattahoochee River bordering Alabama was a planned mill town, the Lowell of the South. Western entrepreneurs brought slavery with them to the new western industrial areas.

The 1850 census lists 8 children for Anne, most of whom she left in Georgia under sister Clara's supervision on the European trip. Her husband had $20,000 worth of land, but did not list other assets, most of which would have been in the form of enslaved people, including Mary the adept seamstress. Undoubtedly there were many women  in the household---nursemaids, nannies or mammies---whose names we do not know. 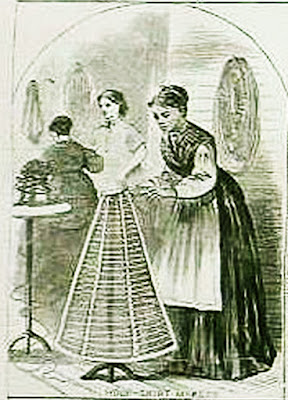 Mary, the skilled seamstress, was likely an enslaved dressmaker, an important member of the plantation household. 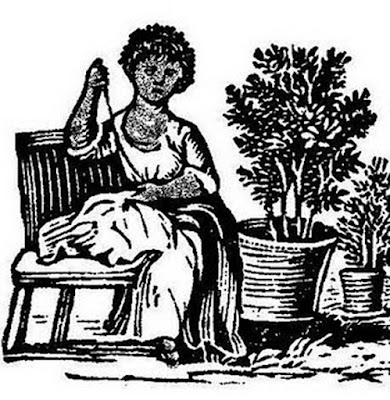 Young women like Mary were trained at an early age in sewing the clothing for the slave-owner's family. A dressmaker or mantuamaker who could clothe the planters fashionably was valuable by any measure. 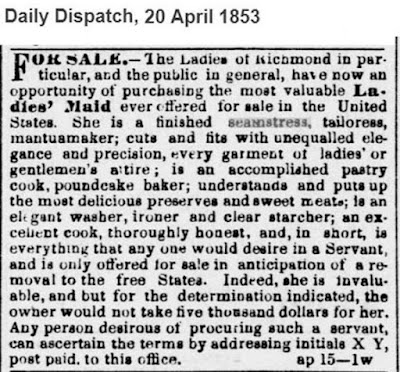 This 1853 ad in the Richmond, Virginia Daily Dispatch describes:

"The Most Valuable Ladies' Maid ever offered for sale in the United States, a finished seamstress, tailoress, mantaumaker; cuts and fits with unequaled elegance and precision every garment of ladies' or gentlemen's attire."

Southern newspapers are full of ads for seamstresses. 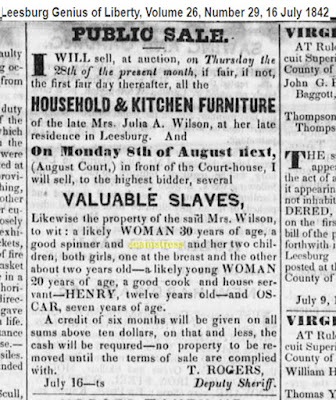 I suppose I don't need to point out the irony of the Leesburg, Virginia's newspaper name The Genius of Liberty that advertised a woman whose mistress had died. She at 30 was "a good spinner and seamstress"and would be sold with her two babies on the courthouse steps in 1842. 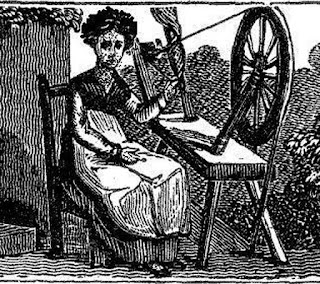 Here is someone like Mary who "can cut out and make almost anything." Edward Eacho was a Richmond agent who ran an employment agency of some kind, hiring out slaves whose wages went to their owners. 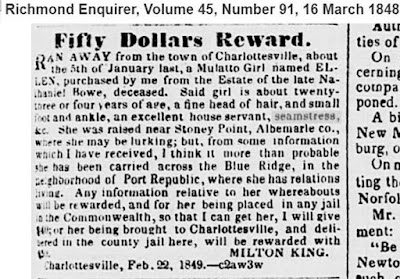 And a young women who practiced self-emancipation in 1848.

Let's hope no one in Charlottesville ever saw Ellen again and she made it
to Philadelphia where she opened a high-class dressmaking shop
and made a fortune. (I made that last part up.)

Sewing was one skilled area where an enslaved woman had an advantage (high-end cooking was another) in that she might be hired out as Elizabeth Keckley was and permitted to keep a portion of the wages. With her sewing earnings Lizzie Keckley bought her own freedom and that of her son. 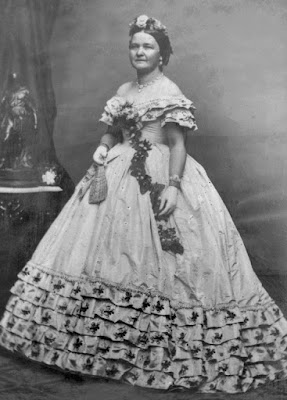 Elizabeth Keckley's biggest sewing challenge may have
been making someone with Mary Lincoln's taste
and figure look fashionable.
That's a skilled seamstress.

Its amazing how they could list a person for sale at an enormous amount of $5000. Mary may have been very happy in her position and likely fed well with some freedoms. Not all slaves were unhappy but still, it was an abominable practice.

Yes, I hope Ellen did well for herself. Being caught would not have been pleasant. I really cringe reading these articles, but we must continue to keep them out in the public so it will not be forgotten!

Thank you for this information. I am thankful for the ending of the story. She did an amazing work on her dresses of terrible free labor. I hope she did have an income after the war. I wonder what she would think of the fashions of today.