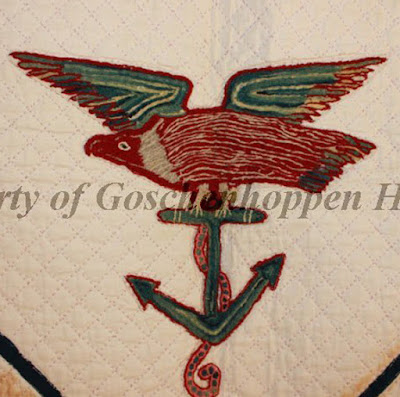 Eagle with an anchor and a snake, wool embroidery on cotton.
Attributed to Ephrena or Elphrena Hennings Gerhard Wagner (1841-1922)
of Skippack Township, Montgomery County, Pennsylvania. 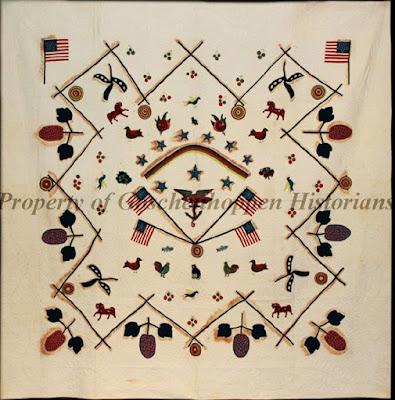 The quilt, in the collection of the Goschenhoppen Historians in southeastern Pennsylvania, was recorded in their quilt project several decades ago as having been made by Ephrena when she was recovering from scarlet fever as a girl, according to her granddaughter who thought it might have been made before 1860 when the maker was a teenager. My first thought was that the patriotic display might be a Civil-War quilt and Ephrena had done the embroidery slips (separate embroidery to be attached) when she was a child and stitched them to a later quilt.

See: Nancy and Donald Roan's book. Lest I Shall be Forgotten. Anecdotes and Traditions of Quilts. 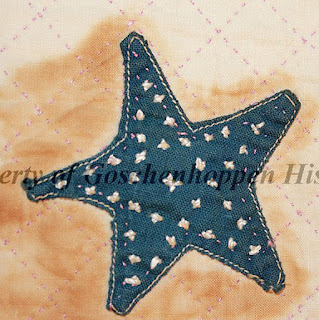 The fabrics could be as old as the Civil War; solids are so hard to date. Parts are hand-appliqued, parts machine-appliqued. The blues are deteriorating in the strange fashion that Prussian blue dye does. I remember visiting the Goschenhoppen project and wondering with Nancy Roan what was going on here.
Dye migration? I don't think indigo does this. 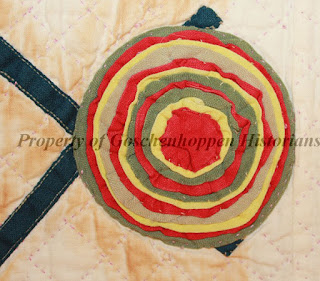 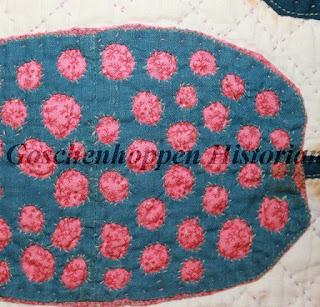 Reverse appliqued seeds in the fruit around the edge revealing
a double pink print.

Looking at the photos closely now I wonder just when it was made. 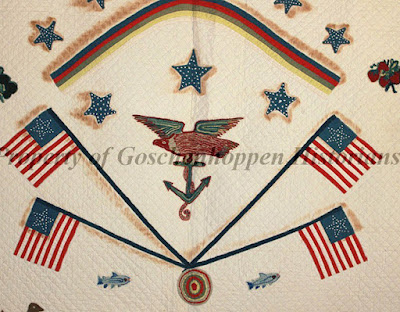 Someone counted the stars on the flags and came up with 38,
the number in 1876 when Colorado became the Centennial state.

This might more likely have been a Centennial quilt than a Civil War quilt.

I haven't found another thing out about Ephrena, an unusual name also spelled Ephrina, Elphrena. 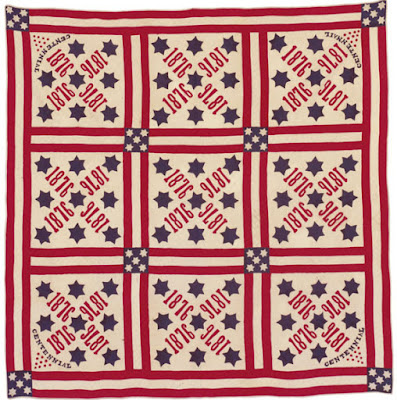 The 100th anniversary of the Declaration of Independence
caused a flurry of interest in quiltmaking., this one from Sotheby's auction
ten years ago. The celebration fair was in Philadelphia not far from Ephrina's home. 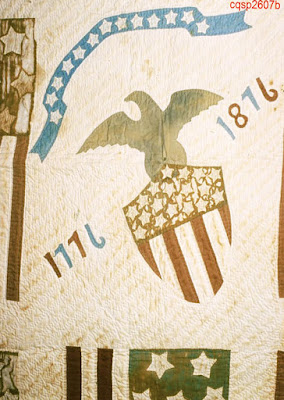 Quilt from the Fenton Museum in Danbury Connecticut.
Connecticut project & the Quilt Index 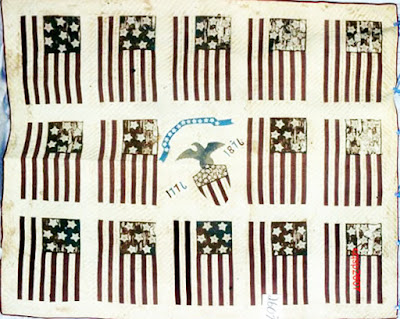 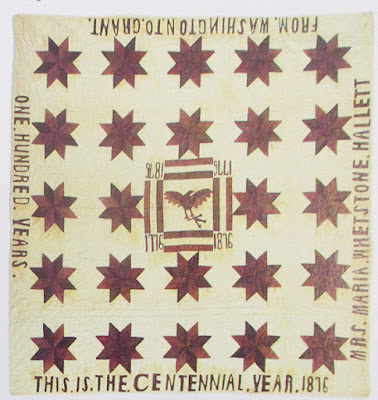 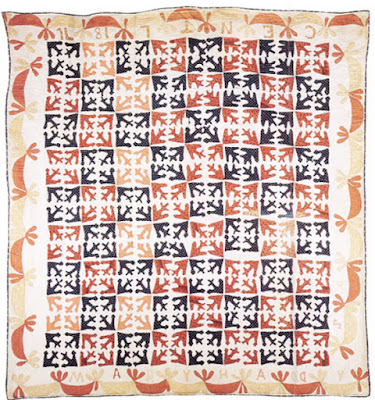 Anchors in a quilt signed Mary Haddy, from Cape Cod.
Collection of the New England Quilt Museum
Along the top it says Centennial 1876