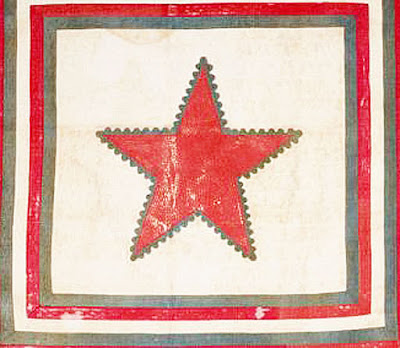 A well-worn star quilt that survived the Civil War
but the peace was more of a threat. 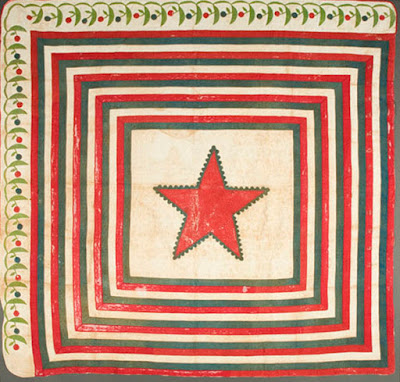 This unique Lone Star quilt went through much adversity.
And so did Amanda. 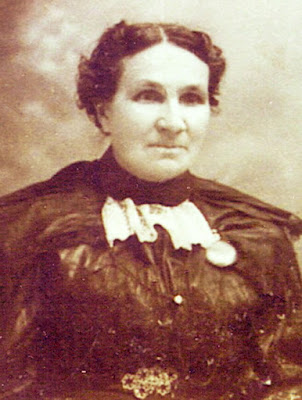 She was born in the new Republic of Texas three years after its independence from Mexico. Her parents Nancy Lindsay & John Johnson Hammonds were Tennessee and Kentucky natives. Her daughter believed she made this Texas-inspired quilt when she was about 18 years old. At 21 she married 28-year-old Kentucky-born George Alwin Linn on August 15, 1860 in Navarro County, Texas, which is south of Dallas.

Little is known of their life during the war other than she gave birth to two children between 1861 and 1865, one of whom died as an infant. When the Civil War ended she was pregnant with her third, George Payne Linn born in September of 1865. The Confederacy had lost the war and Amanda's husband must have decided he could not live under the Yankee occupation of Captain Adna R Chaffee's troops in Corsicana and Navarro County. 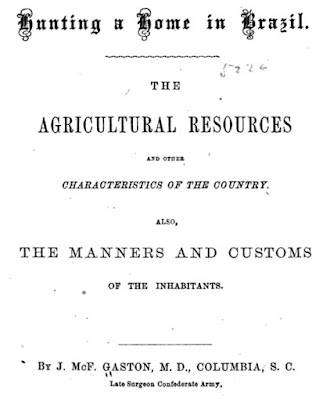 In 1866 Amanda, George and the boys William Hardin about 6 and baby George prepared to leave the United States for Brazil, joining a colonizing group headed by Frank McMullen.

One hundred and fifty four dissatisfied Confederates (8 from Louisiana; the rest from Texas) formed the McMullen Colony (also called the McMullen-Bowen Colony), which negotiated with the Emperor of Brazil for land south of Sao Paolo. Dom Pedro II encouraged expatriate Southerners to bring their knowledge of cotton production with land and financial grants. The families gathered in Galveston in the winter of 1867-1868 to board a small and not-too-seaworthy ship called The Derby. After weeks of delay "the old dilapidated brig," according to a fellow traveler, set sail making it through the Gulf of Mexico to the north eastern coast of Cuba where it ran aground during a storm. 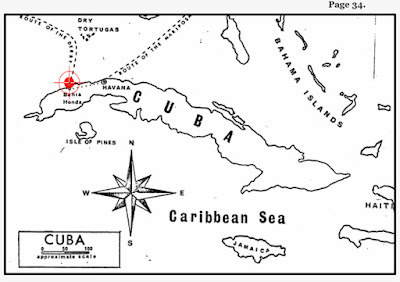 
All passengers and crew survived that disaster but much of their baggage did not, some sunk, some stolen by scavengers.

News of the shipwreck in the New Orleans Times-Picayune

Family history recalled that the quilt spent a few days in the salt water before being reclaimed. The quilt and the Linn family made it to the next leg of their trip, a ship that carried them to New York, where they remained a month and then boarded a ship that landed in Brazil three months after they had set out. 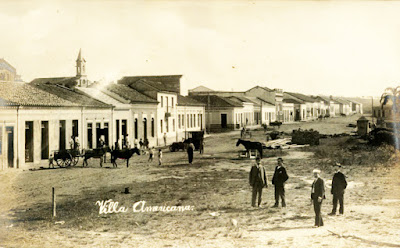 Villa Americana was another of Brazil's Confederado colonies.
Many expatriates remained.

In September the colony's head Frank McMullen died in Iguape, Brazil, discouraging many. The Linns were among those who returned to Texas and the quilt made another sea voyage. 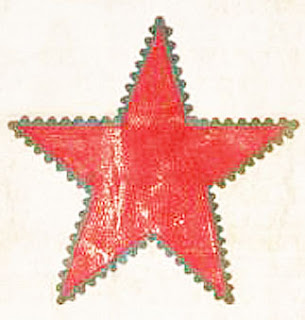 The shattered red fabric in the star is probably
Turkey red which disintegrates with abrasion from
use and washing.

Back in Texas Amanda gave birth to seven more children, Rosa Bonita being born there in September, 1868. George died at 45 years old in 1882, leaving Amanda with seven children from 21 to two years old. Some of her family moved west to Junction in Kimble County, which is where Amanda died at 70 in 1909. 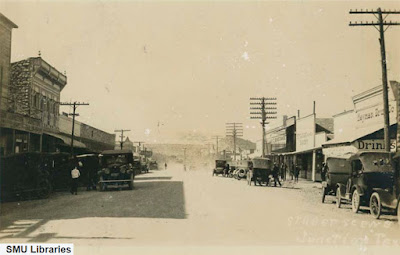 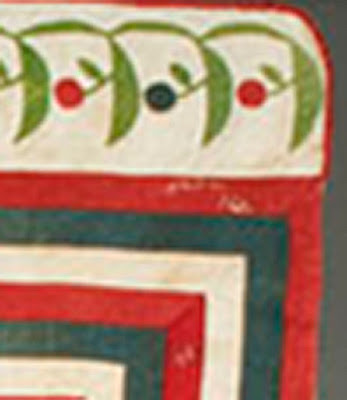 The unusual appliqued border may have been trimmed off two sides.
Different edge treatments as well as different borders are evident at the top and left side.

The quilt was donated to the Texas Memorial Museum at the University of Texas in 1947 by Amanda's daughter Daisy Linn Chase, who was then in her seventies. 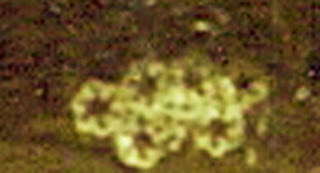 Detail of Amanda's belt closure from her portrait above.
Gathered fabric flowers?

Sounds like a lot of discouragement all around. Lost a child very young, disillusioned by the loss of the confederacy, oppressed by the carpetbaggers, the ships, delays... she had to be a hardy woman!

I know all of those towns and counties in Texas (and have relatives living in Navarro county).