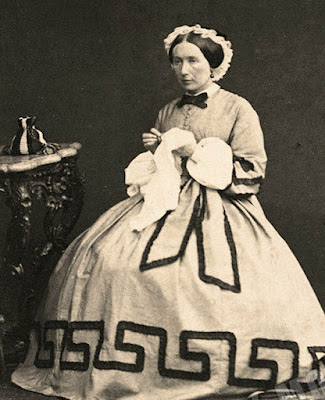 One reason so few quilts survive from the Civil War years is that everybody who had time to sew seems to have been stitching men's drawers. Keeping the soldiers supplied with underwear kept women busy North and South. Patchwork was no longer a primary time filler. 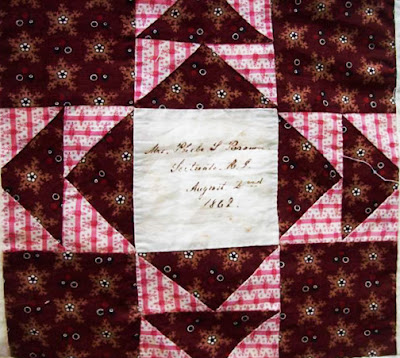 Many women devoted time to plain sewing every day, the functional garment making that kept everyone clothed and warm. 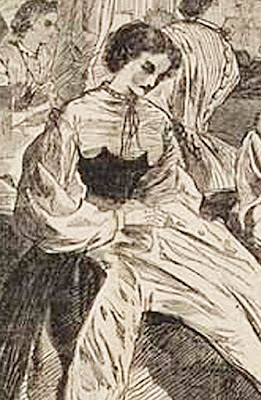 Once the war began that time was spent stitching clothing for soldiers---long-johns for one's brother or for an unknown patient in a hospital.

Ellen Renshaw House of Knoxville, Tennessee stitched underwear in an informal assembly line: "Sister cut them out and ... we sent them around to the girls near us. I never knew a dozen pair could be made in so short a time." 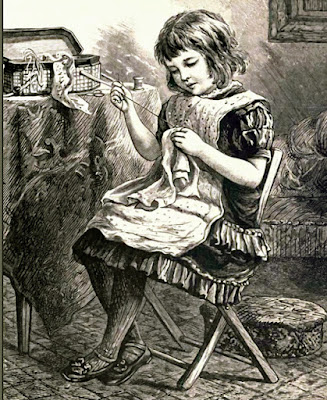 The written history of the war contains countless lists of stitched gifts:
In 1862 the Vermont Military Hospital in Brattleboro thanked the "Ladies of Vermont" for 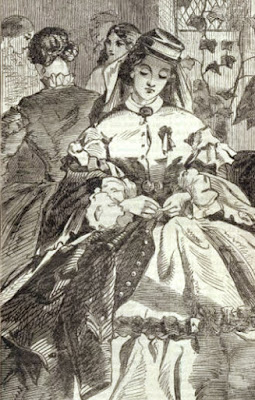 Sewing underwear for unknown men was a strange turn of events for the properly raised lady of the time. 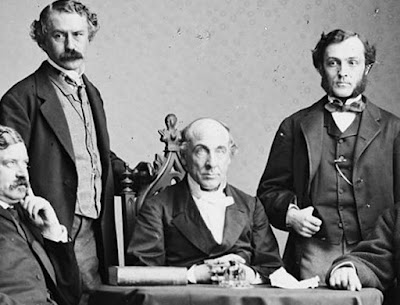 Bellows in the center

Henry Whitney Bellows of the Union's Sanitary Commission noted that many of the donated drawers did not fit. "Most of our ladies have so magnified our soldiers in their hearts that the shirts and drawers they send would fit the Anakims [a Biblical race of giants.]" He advised women to use their husband's measurements for size.

Of course, some women, like 22-year-old Emma Holmes of South Carolina had no husband to serve as dressmaker's dummy.

"Finished my first pair of 'drawers' today. I could not help laughing at the idea of being able to teach [sister] Lila how to put them together. I do not find the machine as hard to manage as I expected...." August 5, 1861 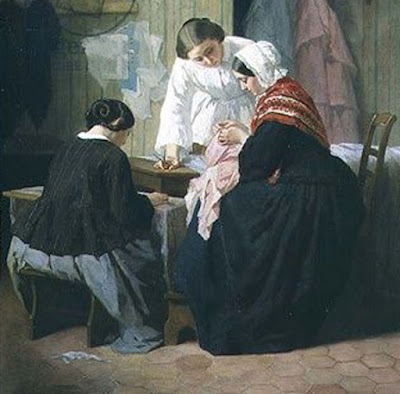 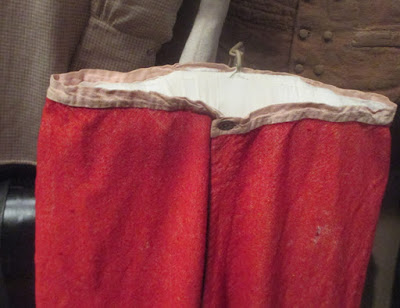 Pair of wool blend drawers lined with cotton on display at the
Atlanta History Center. 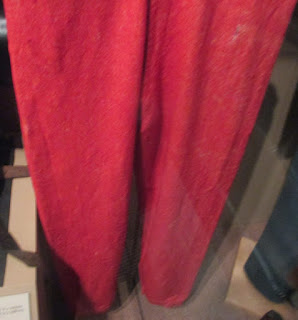 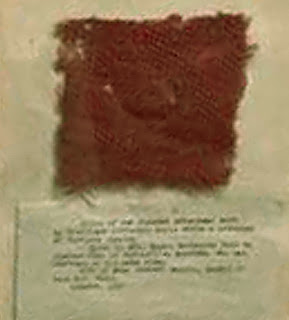 Atlanta History Center
Scrap of wool cloth purported to be a souvenir of
Jefferson Davis's underwear (!?!) 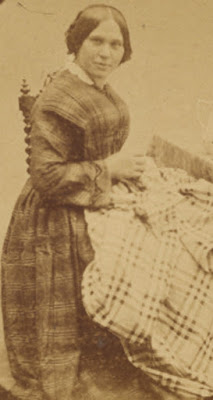 From the Getty Collection
http://www.getty.edu/art/collection/objects/85325/unknown-maker-woman-seated-sewing-about-1860/

From the ladies of Illinois to the Union hospital in Memphis in one month 490 pairs of men's drawers!
Posted by Barbara Brackman at 6:00 AM

Makes me think of the items we send to the VA hospital. In addition to lap quilts, they request knit caps, socks,, paperback books, and sundry items such as toothbrushes and toothpaste. I never thought about underwear. Maybe I should include a few packs next time. At least we don't have to sew them!

We take so much for granted. Interesting read. Thanks for sharing. ;^)

I tried making underwear many years ago. Much easier to purchase them. I can't imagine sewing them by hand.