Buried With the Silver: Highly Unlikely 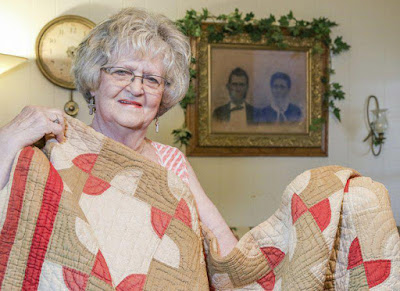 Megan posted a link on a social media group about a newspaper article on a Mississippi quilt.
Here is Shirley, a quilter herself, showing off a family heirloom that has been passed on from her mother with the story that it was buried in a hollow log during the Civil War.
See the link at the bottom of the page.

"Her great-great grandmother Susan Powell Davis stitched the family-prized quilt around 1860, when she lived on a plantation in Newton County, according to Mississippi Quilts, a book by quilt researcher Mary Elizabeth Johnson Huff." 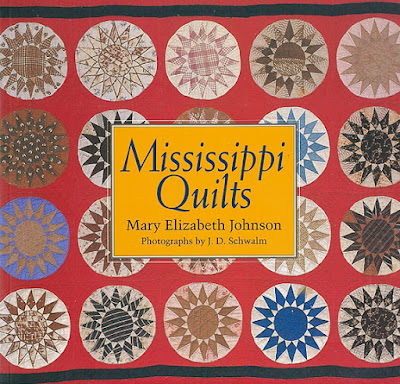 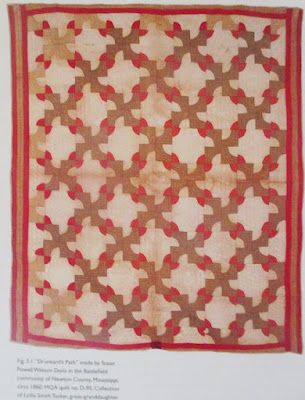 The quilt in the pattern we call Drunkard's Path as shown in the book.
The design was quite popular in the years 1880-1920.

Shirley told the reporter that the quilt used to be red, white and blue. The red (probably dyed with a reliable synthetic Turkey red dye) has stayed true but the blue has faded to a dun-colored brown, the common fate of cottons dyed with new synthetic dyes after 1880. 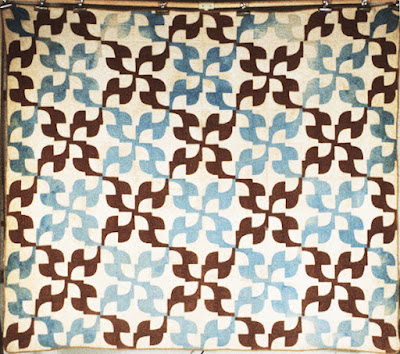 Drunkard's Path above recorded by the North Carolina project pieced of solids: a reddish brown (always was a brown) and a blue that is fading to dun, particularly along the top row.
http://www.quiltindex.org/fulldisplay.php?kid=4B-82-B3C 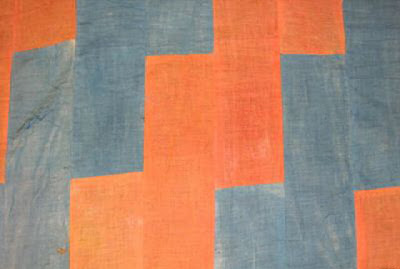 The original blue color in the Davis quilt was likely a teal blue-green, often used
in the 1880-1930 years, a pretty color off the bolt, but prone to quick fading as in this early 20th century top. 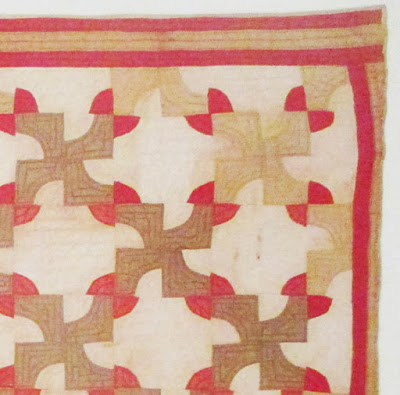 When she posted the link to the "Civil War quilt" Megan found the date questionable: "A strip border like that makes me think of a later date." Strip borders indeed were far more popular after the Civil War and towards the end of the century. And that corner treatment---people who have seen a lot of quilts recognize it as an end-of-the-century style. You just don't see it in quilts made before 1870. 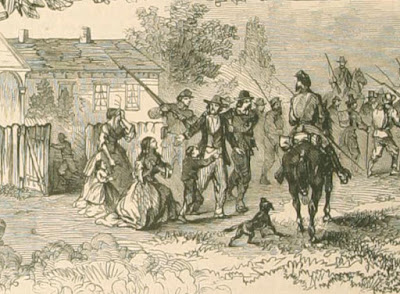 The idea of a quilt buried to keep it from Yankee raiders is a compelling idea in the South, perpetuating the idea that women were victims of Northern aggression and keeping alive the myth of the Lost Cause. Quilts with bad stains or dye damage are often passed on with that Civil War story. 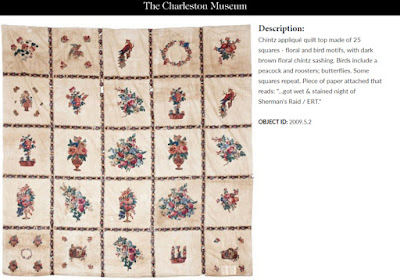 But the story has roots in reality. Over the past few years I've shown several quilts that look to date before 1865 with stories like this one in the collection of the Charleston Museum that "got wet and stained night of Sherman's Raid." 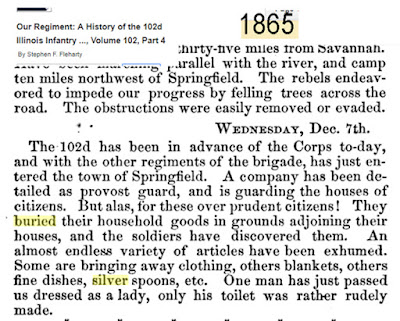 Account of an Illinois regiment near Savannah in December, 1865.
"Alas, for these over prudent citizens! They buried their household goods...
and the soldiers have discovered them...clothing...blankets...silver spoons." 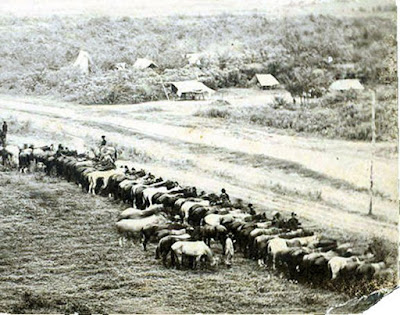 The family story is that the quilt was hidden during the raid by Benjamin Grierson's troops in the spring of 1863. Davis family valuables may have been hidden, but not this quilt. Accuracy demands that the hidden quilt has to be older than 1863 and the Davis quilt is not. 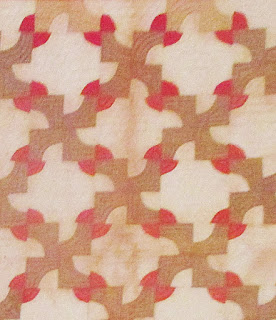 The quilt has a good deal of damage, not only from fading, but in brown streaks in the central fold lines. That staining is not from a hollow log but typically happens when cotton is stored in a wooden or paper container that leaches acids into the quilt. One can imagine Susan Davis's daughter Rio putting a red, white and teal colored quilt in a trunk and retrieving it a few years later to find it stained and faded. 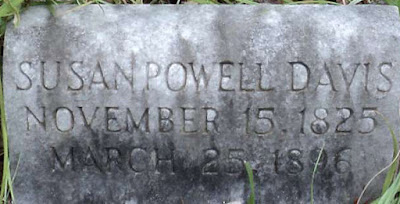 Mary Elizabeth took the family story as gospel but now we know more about dating quilts by fabric, style and pattern. Susan Davis (1825-1896) probably made the quilt when she was in her sixties in the 1890s. So it could not have been stuffed in a log during the Civil War by a faithful slave.


Shirley is quite proud of her quilt and there is no sense in disillusioning her. The article says she "shows her family’s heirloom at quilting exhibits, but no museum has ever contacted her about buying it. Even if they did, per the wishes of her late mother, she plans to give it to her younger sister."


https://www.meridianstar.com/news/local_news/quilt-stitches-together-civil-war-memories/article_5f91c99c-5b0c-5860-9c75-d95bccdc1fea.html?fbclid=IwAR2WAlvcbovsg5kKwtuFAJke7fyXFyPyjTFBbMr6dJj0q7ojnGH1XpOBKSk
Posted by Barbara Brackman at 6:00 AM

I agree that this Drunkard's Path quilt dates post-Civil War and, thus, could not have been hidden in a hollow log during the Civil War. Family stories about quilts, like this one, should be recorded, but for accurate history it is crucial to do more research and examination to see if the family story is plausible. As Barbara states, "now we know more about dating quilts by fabric, style and pattern," than in 2001 when talented Mary Elizabeth Johnson (Huff), of Montgomery, AL, wrote Mississippi Quilts. Thank you to Barbara Brackman and other quilt historians who share their expertise through blogs, publications and exhibits.
Mary Lohrenz
Jackson, Mississippi