Sarah Low: The Lady in Charge at Armory Square Hospital 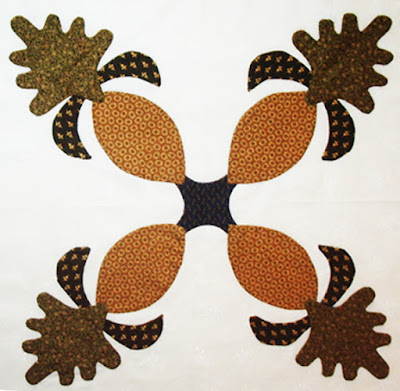 Last Wednesday's post in Hospital Sketches was about the Armory Square Hospital with a focus on the elegant writing of Walt Whitman who volunteered there. Sarah Low was the "Lady in Charge"  but I ran out of room, so here is a post about her.

"Superb Quilt. The Album quilt which contains forty-two blocks, on each of which is written a Scripture-verse and two hymn lines, was presented on yesterday to Armory Square Hospital. It is the work and gift of several Connecticut ladies. It was presented on behalf of the donors by Mrs. James Laurenson and daughter, and was received on the part of the hospital by Miss Sarah Low, the lady in charge."

I couldn't find a thing out about the scripture quilt sent by the Connecticut women, but reading about Sarah Low reveals much information about the social networks and politics of Union nursing. 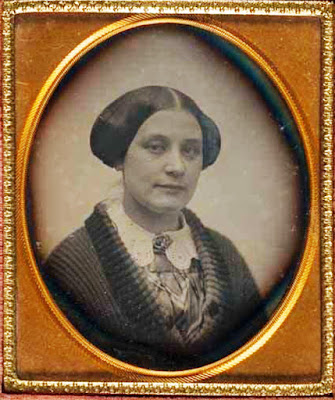 I believe she is wearing some kind of knit shawl or what we'd call a sweater. You don't
often see mid-19th-c. photos of knit wear although a lot of knitting went on. 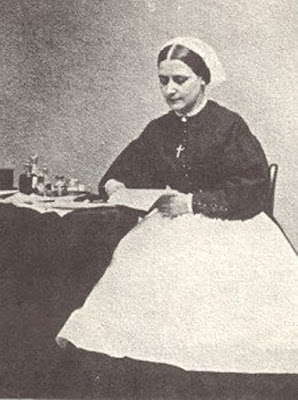 Low described her "uniform" in one of her many letters to her family: dark dress, white apron, "white cap & collar, my corps pin & the white cross that most of the nurses wear." 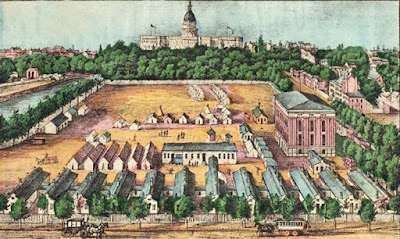 The hospital was on the National Mall where the National Air & Space Museum
is now located. Twelve barracks/wards were built in the Armory yard.
The print is from Sarah Low's gift album. 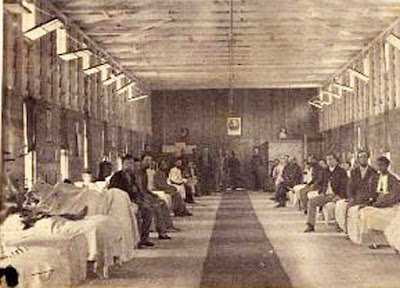 The long wooden pavilions were thought to be the healthiest
buildings, planned with lots of ventilation. In this photo from Sarah's album the
upper windows are all open. 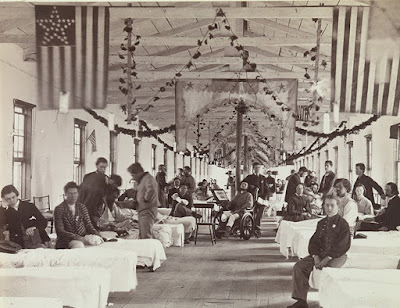 Another white-washed ward at Armory Square, decorated with bunting
flags and garlands.

Several photographs were taken of the patients posing in the wards, probably
all on the same day. The photos are from the Library of Congress. 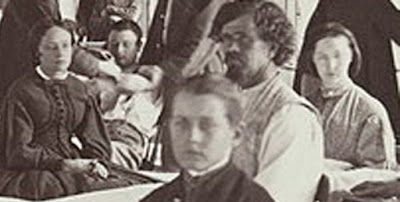 The two women on the right in the large photo. 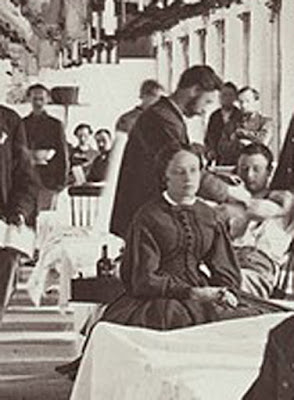 Is this one Sarah Low? 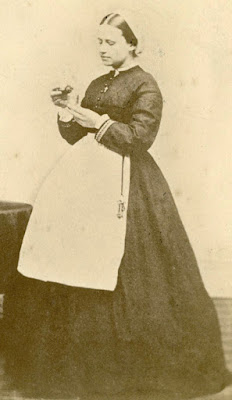 Sarah and her fellow hospital volunteers called their dormitory the Ladies' Chateau. One friend was
Amanda Akin Stearns who often counted on Sarah for daily tea.

The photographs here and in the Hospital Sketches posts are wonderful documentary evidence of the Civil War, and we can wonder how they came to be taken. Amanda mentioned a conversation in March 1864.

"Discussed the important question of allowing 'Brady' (the 'Daguerreotyper' ) to take our pictures in a group, but much to my disappointment it was decided not [to] have them taken, fearing they would be made too public, and instead suggested taking a patient from each ward to for a group."

We can assume she meant that the photographers from Brady's Washington studio proposed photographing a group of women but the idea of the Sanitary Commission or the Union Army using those photos for public relations purposes risked placing the women in public---too indelicate. However, the photographers may have persuaded Sarah Low to pose and may be responsible for the photos of the wards. 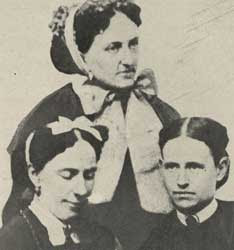 The proposed group photo also may have been taken. These three
women are Amanda Akin (lower left) S. Ellen Marsh at the top and Nancy Maria Hill.

Read Katelynn Ruth Vance's thesis, "They Set Themselves to Undermine the Whole Thing": Gender and Authority in the Work of Union Female Nurses in the Civil War:
https://scholars.unh.edu/cgi/viewcontent.cgi?article=1923&context=thesis

And more excerpts from her letters:
https://www.dover.nh.gov/government/city-operations/library/history/sarah-low-civil-war-nurse.html

This is so fascinating!! I really enjoy your blog and appreciate all the research you do. I often forward the ones on the Civil War nurses to my sister, a nurse practitioner. And now I have been doing some research on Walt Whitman, thanks to your last blog post. And, of course, the quilts are always just lovely.
Thank you.