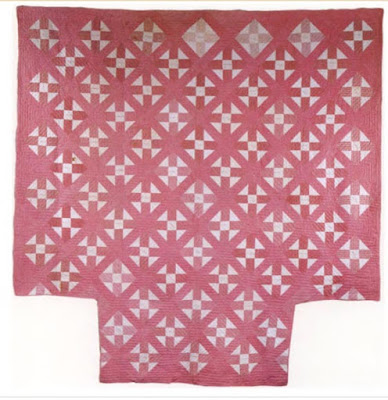 In the center of the quilt is a block on point with an inscription in a circle. 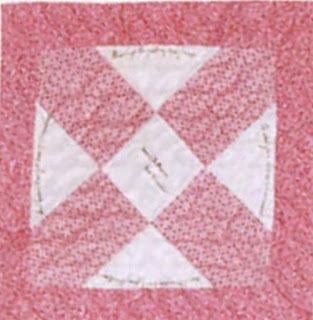 In the circle:
"Please accept this quilt, my dear friend
to atone for a loss we cannot amend
And let troubles pass by fraught with despair
And learn with a light heart life's sorrows to bear."

The quilt is dated 1861, the first year of the Civil War. It looks much like other New England friendship quilts at the time. Curators at the New England Quilt Museum and the people of Henniker have wondered what loss this inscription refers to. Caroline, age 26, was married that year to William Odland Folsom, also of Henniker, the same age as she. His biography mentions that  he was "reared to farm life and in 1861 had charge of Horace Greeley's farm at Chappaqua, New York." 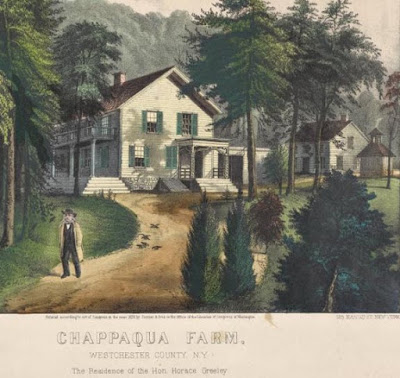 Greeley, famous editor of the Tribune in New York City, spent summers at his farm, and one can assume that in the year Carrie married him, William was resident caretaker.

He then taught school for many years, and that may have been his occupation during their marriage. Carrie died in Henniker in 1865, leaving no children that have been documented. Her husband remarried in 1869 and two years later he and Julia Whitney Folsom had a daughter named Carrie F. Folsom for his first wife.

No family deaths are recorded in 1861 so the quilt's inscription remains a mystery, but I wonder if it is a joke. The major event in Carrie's life that year was her loss of the single state. Did her friends tease her about "life's sorrows" as a wife? Was single blessedness the loss they couldn't amend? 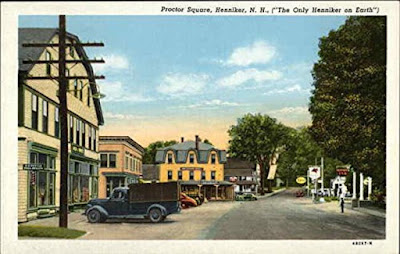 Henniker about 100 years after Carrie's birth

And the New England Quilt Museum's Facebook post about the mysterious inscription
https://www.facebook.com/NEQuiltMuseum/posts/henniker-nh-is-celebrating-its-250th-anniversary-a-quilt-from-the-neqm-collectio/10156248861306638/
Posted by Barbara Brackman at 6:00 AM

Or she may have had a miscarriage which left her unable to bear children. That would be a sorrow to most women of her time.

I was thinking the same as Judy above.

Caroline Fidelia Foster was single in 1861 and married in November of that year, so a miscarriage was not likely her loss although it is possible that she suffered miscarriages after that. She died of consumption in 1866 at age 30, so she was in deteriorating health.

What a fun/interesting post. My husband and his young family moved to Henniker in 1966 when he was appointed College Librarian at New England College. His daughter, d-i-l, and their children (and his ex-wife) live there still. Quilted Threads (http://quiltedthreads.com/) is a stupendous quilt shop not too far from the scene in the postcard that you show.

in interpreting the past We have to be careful about viewing events through our own perspective. I would think that a group quilt for a woman who'd lost a baby through miscarriage would have been an egregious invasion of privacy in the mid-19th century, kind as the gesture may seem in our day. Their sense of privacy and sense of humor were quite different from ours.