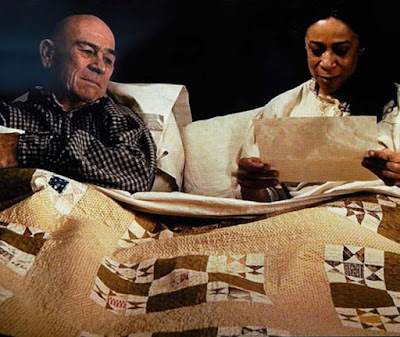 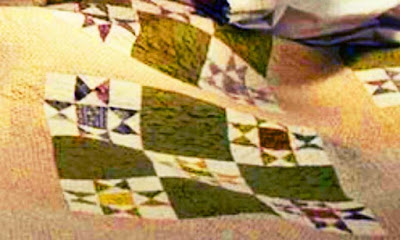 Always being up on the latest in cinema I just got around to
watching Lincoln, the Steven Spielberg version.

People had talked about the quilt on the bed at Lydia Smith's and Thaddeus
Stevens's 1865 Washington house.

I thought it was a good pick as far as historical accuracy, patchwork pattern and fabrics. The director and the art director obviously wanted to make a statement in that shot and such a vivid pattern certainly offers a visual counterpoint to the vivid image of the Congressman in bed with his black partner. 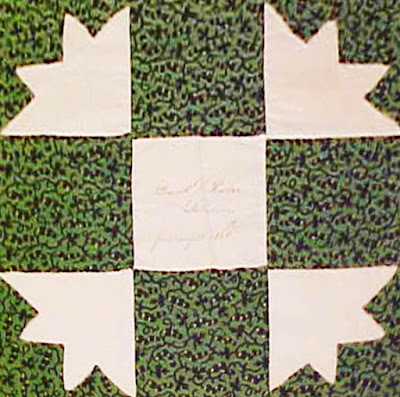 In the imaginary world here Lydia Hamilton Smith, a Pennsylvania native, might have made a quilt just like this or brought one from her home in Lancaster, Pennsylvania. The sepia movie palette has toned down the colors but I'd guess the stars are various bright colored prints set with overdyed green calico squares. The sashing looks like a California gold print. 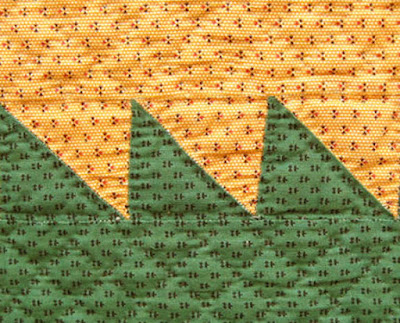 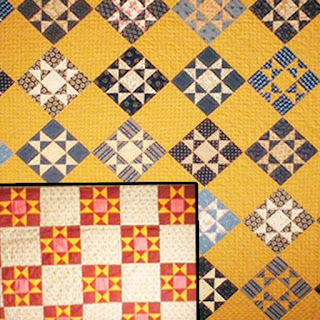 The nine-patch star block, one of the oldest of patchwork designs.

Well, the quilt is accurate. How accurate is the image of Stevens and Smith in bed?

They were quite the item of gossip in Civil-War era Washington. If you read the papers you'd be familiar with the story. For example in June 1868 the Idaho Semi-Weekly World had some gossip:

"Mrs. Thad. Stevens---The mulatto paramour of Thad. Stevens, generally known as 'Mrs. Thad Stevens' was robbed in Lancaster (Pa.) lately, at the railroad depot, of $100 in greenbacks and three Mexican silver dollars, one diamond breastpin....This woman's former name was Smith. She was the wife of Jacob Smith....but through the influence of Thad. Stevens she left her husband and became his mistress and his housekeeper which double position she has filled for many years! "

In September, 1866 Wisconsin's LaCrosse Democrat printed a short rant about "Good Thaddeus! sweet paramour of the mulatto wench of Lancaster!" 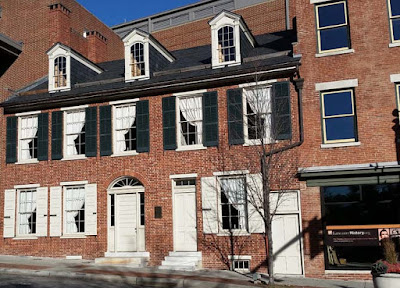 Their Lancaster house on Queen Street is
being developed as a historic site.

We can hope Lydia was not unduly upset by such political meanness. Even after her death in 1884 the Raleigh, North Carolina Farmer & Mechanic referred to her as "the mulatto 'wife' of Thad Stevens, the virulent South-hater who forced the Reconstruction villainy upon our people."

Lydia Smith is an interesting woman without much public record yet. She is reputed to have worked with Stevens in assisting escaped slaves before the war and during the Civil War was active in soldiers' aid activities. After Stevens died in 1868 she bought a Washington boarding house with money he had left her in his will. 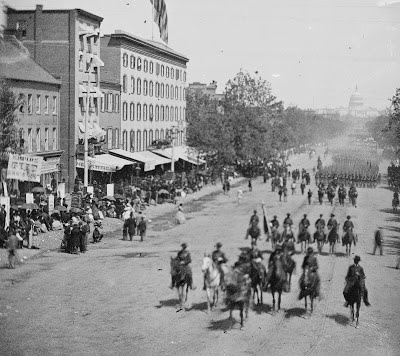 Lydia's boarding house on Newspaper Row had a view of the Willard Hotel, the
large building on the corner in this photo of the Union victory parade in 1865. 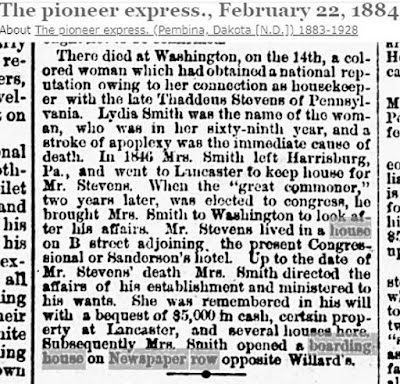 A more respectful obituary of Lydia Smith that was copied
in several newspapers in 1884.

See Stevens's underground railroad activities in the Lancaster house application for National Parks Service status on the Network to Freedom in this PDF:
http://undergroundrroriginspa.org/wp-content/uploads/2016/10/StevensHouseOfficeNPSFinal1-2011.pdf 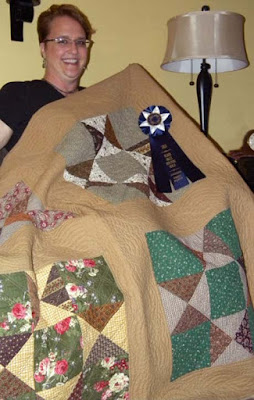 Christa Achtenberg won a ribbon for her star
quilt inspired by the movie quilt. 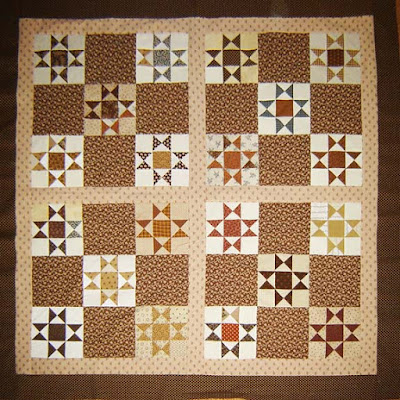 And Jeanne at Spiral tells us she loved the movie and made a quilt too.
http://spiralj2.blogspot.com/2017/05/blockheads-week-9.html

I loved "Lincoln"! I made an "inspired-by" quilt a while back

Great blog! It's a powerful movie. Loved the information you provided here, thank you so much

I remember seeing the quilt when I saw the movie. Your post has a personal connection. My husband's given name is Stevens. His Stevens family are cousins of Thaddeus. On a Road Scholar trip in 2014 we visited the Thaddeus Stevens site in downtown Lancaster. I got a good photo of "Stevens and Stevens."

I loved the film also. Thing is now my husband is trained to stop at any given point in a film so I can look at the quilts! He sometimes sees them before me (I'm very much an "ooh Squirrel! person so get distracted sometimes - more so when it's his sort of film/programme and not mine) so I get to see things I may miss.
Thank you for the information - I love seeing the old photos too.

Thank you for this story. I found it interesting !

P.S. I am also interested in antique quilts. I am now making an antique quilt Mariner’s Compass from about 1850.
Do you by coincidence know more about it ? Ihave a blog www.quiltsathome.blogspot.nl with photographs.

ant man and the wasp cast

all the money in the world cast

all the money in the world movie

I remember the movie well from when I saw it in 2012. I had forgotten about the quilt and the story line discussed here. Fascinating.