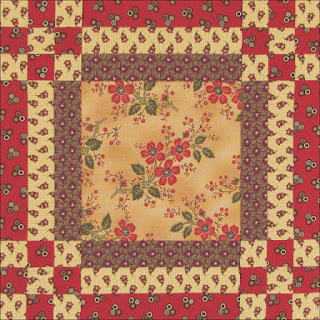 Becky says she tries to make a story each month with the fabric. "The center is the murky river water, surrounded by the dark muddy banks. . .the trail eventually leads to land where crops are prosperous (the Orchard print). That's my story, and I'm sticking to it." She's using my Old Cambridge Pike prints.

Whatever “jumping off place” they chose---St. Joseph, Westport, Independence or Kanesville near today’s Council Bluffs, Iowa, travelers along the Oregon Trail finally joined up at the Platte River. The wide river and its bed provided a natural trail to the west.

“We are traveling up Platte river bottom, the north side” wrote Amelia Knight in 1853. “It is a beautiful river about a mile across, full of Islands and sand bars. As far as the eye can reach the road is covered with teams.” 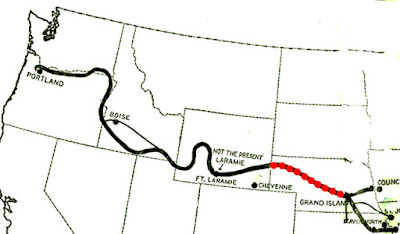 The trails to Portland, Oregon showing the Platte River in red in what
is now the state of Nebraska.

Crossing the Platte River by William Henry Jackson, 1930 (detail)
Jackson photographed the overland trails beginning in the 1870s.  Six decades later when in his 90's he painted recollections and imaginary recreations of the scenes. This one of the Platte may exaggerate it's width. Jackson didn't seem to remember many women on the trail. 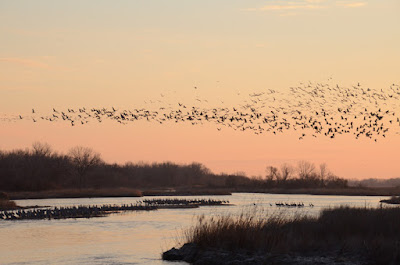 The Platte in eastern Nebraska

The river provided not only a roadway but grass for the teams and water for all.

May 28, 1852
"We drove our cattle on to this island to graze and the men waded across to it and got wood for cooking purposes. The stream where they crossed over to the island was about three feet deep and one hundred yards in width with a quick-sand bottom; the water is thick with sand. We mixed [corn] meal with it and after it settles a while strain it, and it becomes tolerably clear." 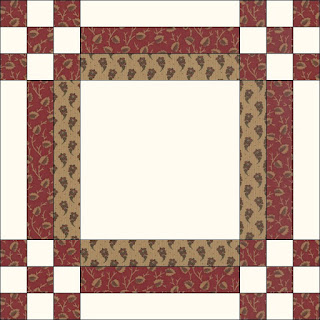 Block 5 is an original for the series, adapted from a complex design called Nebraska that appeared about a century ago in the magazine Hearth & Home, which asked readers for a block for each state. 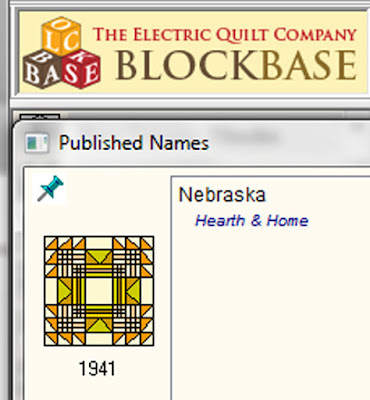 Nebraska is BlockBase #1941
The simpler block drawn from its center represents Nebraska’s great river, the Platte, the focus of the trail to the west coast. 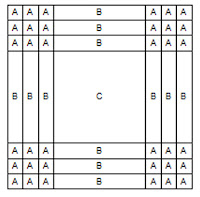 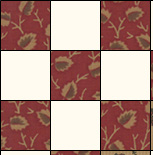 You will probably want to strip piece the little nine-patches made of the A squares.

Assemble these into two different units 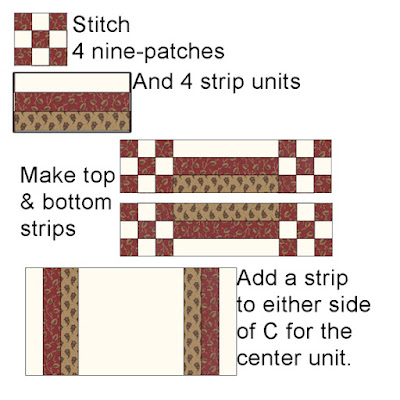 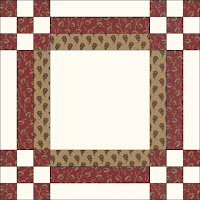 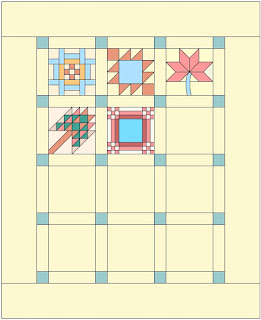 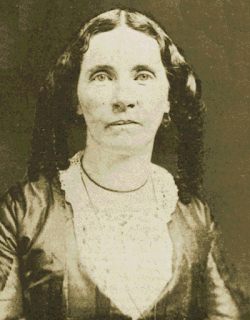 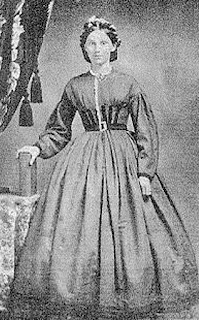 Abigail Scott's is in Volume 5 of Covered Wagon Women, edited by Kenneth L. Holmes and David Duniway. See a preview of the book here:
https://books.google.com/books?id=fo53xWqUkYYC&pg=PA257&dq=platte+river+description+oregon+trail+women&hl=en&sa=X&ved=0ahUKEwiM-5KvrJ3LAhWDJiYKHWdiADsQ6AEIJTAA#v=onepage&q=platte%20river%20description%20oregon%20trail%20women&f=false

Always a pleasure to read your post. Today I got 2 for 1, as I really liked Becky's story too. I think my block will have a murky river water centre too because it makes a lot of sense and a very beautiful block. Thanks for the inspiration Becky. ;^)

I'm having trouble with the pictures. I like to print a copy of the Westering Women pattern with all the pictures for that day's post, but when I copy into a Word document I only get the words as the pictures don't show up just the fact that there should be a picture but it's blank. I have been able to do this with the last four so I'm not sure what's wrong. Any help?

Jennifer.
This sometimes happens to me too and I just copy each picture and put it where it belongs by right clicking on the picture and copying it. That takes forever though.

Another option is to do a screen shot. I enlarge or shrink the view of the post till I can get it on two pages or so. On my PC I hit 3 keys Shift/Control and PrtScrn. Then I open a new word file and hit 2 keys Ctrl and V. This dumps everything that was on the screen into the word file. I do this for each view.
Try that.

Just noticed the Baltimore Blues tag up in the corner -- woohoo! Off to sew my river, an easy one this month!.

Thank you! I really enjoy the story and the block is very beautiful! I worked on my this afternoon and already finish it.
Rina, in Italy.

Jennifer
Highlight the entire post, right click for menu, click ''copy''. Open your word doc and click ''paste" . Everything should be there. There will be a tiny icon at the end of the paste. When you click it it will say three choices:'' Keep original formatting''/ ''match destination formatting''/ OR ''keep text only''. Make sure you are not using the Keep Text Only formattiing.

If you set your font to a readable size and use "Match destination formatting" the text will be larger and easier for you to read in your copy.

Save etc as usual.

PS You can also try restarting your computer, because sometimes the Copy/ Paste thing gets wonky and dosn t work right.

Yep, definitely not using text only formatting. I've done this plenty of times and it worked. So as Barbara said, I just copied each picture saving to my computer and replaced the blank box with the picture... Finally got it, but painful..

Another beautiful block. I really love this one, and am choosing fabrics tonight.

Thanks for the history and block. Looking forward to Baltimore blue, always a fav. with me.