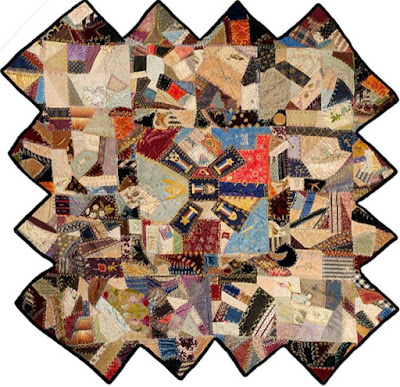 Grand Army Quilt by Minnie Sherman Fitch
About 1885-1910
This is the last weekend to see the crazy quilt with a Civil War theme that is on display at the New York Historical Society. 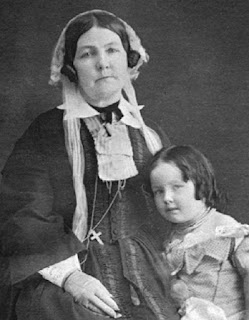 Maria Ewing Sherman (1851-1913) and her grandmother Maria Ewing,
about 1855, Archives of the University of Notre Dame.

Maria (Minnie) Sherman grew up in Saint Louis with her grandparents. Her father's prominence as a Union General during the Civil War turned her into an American princess whose 1874 wedding was celebrated with lavish gifts and much publicity. 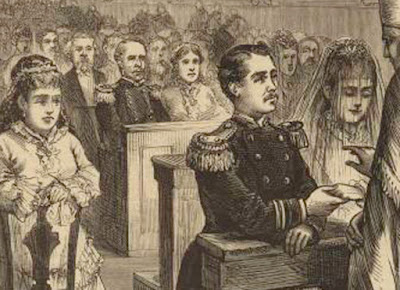 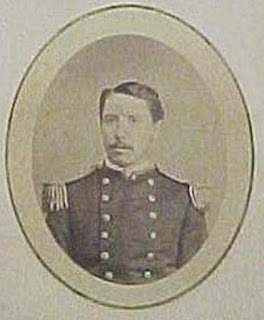 Lieutenant Thomas William Fitch
served in the Union Navy during the Civil War.

The Fitches had seven children and spent much of their marriage in St. Louis. Minnie died in Gulfport, Mississippi, in 1913. 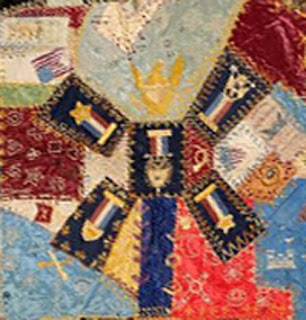 The center of the quilt shows veteran's ribbons
and various corps badges.

Thanks for sharing, I love crazy piecing and quilts. That is one great quilt.

The quilt looks really nice, and colorful. It is also interesting how the Fitches ended up in the south, in Mississippi.