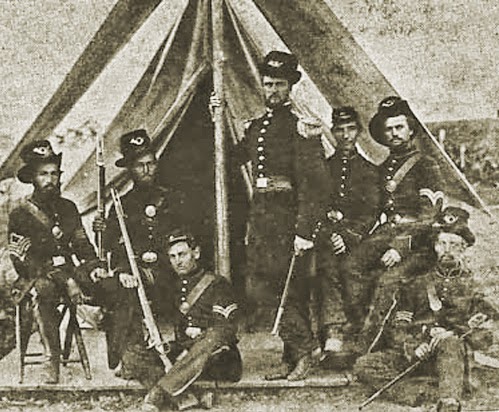 General Willoughby Babcock  (1832-1864) standing
in front of a tent during the Civil War.

New Yorker Willoughby Babcock joined the Union Army soon after the beginning of the war. By winter of 1861 he was camping at Fort Pickens, Florida. 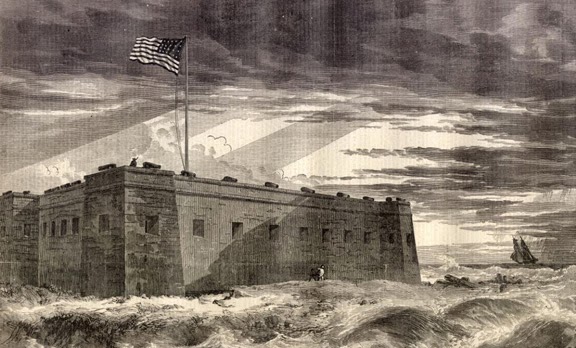 He kept in touch with his wife back in Albany through many letters that have been preserved.

In December, 1861 he told her of his accommodations:


"I have one large tent by myself (I am entitled to two) which is all I want or can use. It is neatly framed and floored, and I have for furniture, my camp bed, a good pine table, a wash cupboard, shelves and nails for all my books, notions, and clothes. My bed is a cot, over which for a mattress I have a thick quilt doubled, a quilt for a pillow and my blanket and another nice quilt for bed clothing." 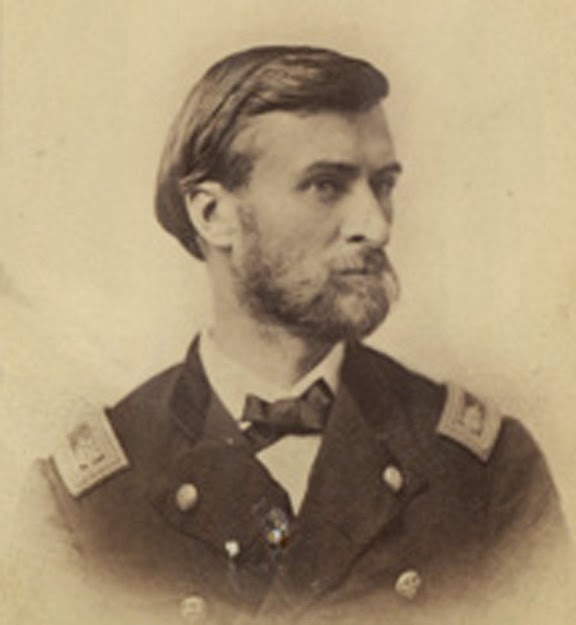 Before the war a friend described him:
"He has the heart of fun under a most sober exterior." 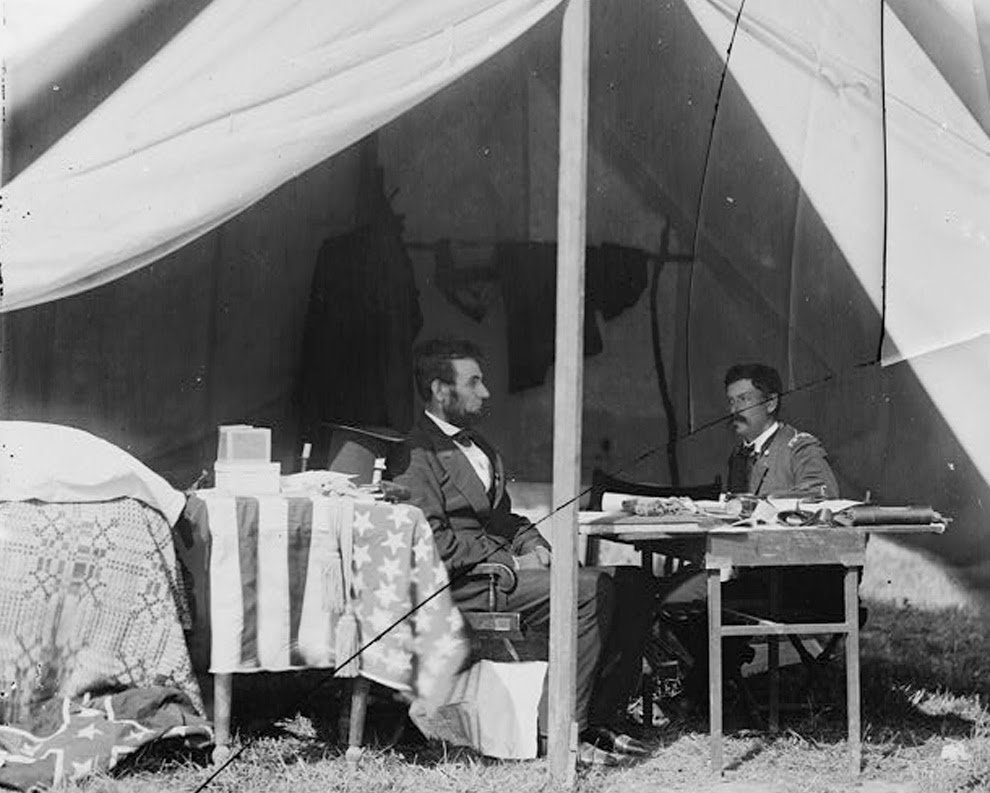 McClellan seems to have a Union flag and a captured Confederate flag in his tent. His bedcovering is a woven coverlet. 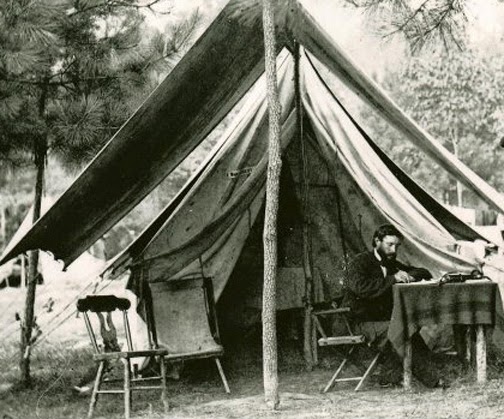 Dr. A.J. Myers had a plaid woolen blanket in his tent
at  Union Signal Corps Headquarters in Virginia, July,1862. 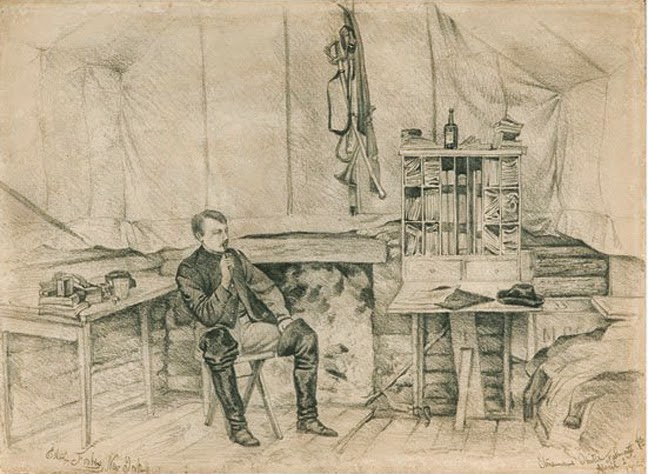 General Babcock's letters were collected by his grandson.

Selections from the letters and diaries of Brevet-Brigadier General Willoughby Babcock of the Seventy-fifth New York Volunteers: a study of camp life in the Union armies during the Civil War, by Willoughby M. Babcock, Jr.


See digital versions at the Hathi Digital Library by clicking here:
http://catalog.hathitrust.org/Record/006578855
Posted by Barbara Brackman at 6:00 AM

Always interesting things on your post. Thank you for sharing your research. I love reading these.

And I love writing them. It's a good match.

I really enjoy them too, sharing an occasional one with my kids or sister. Thanks so much for taking the time to post!

Great blog! Love your research and those quilts are so so special. Any comments on the the thread they used?
Thanks.

I can only think of the times when it was muddy and raining and how uncomfortable life must have been for both Union and Confederates living in tents then!

I love the Bow Tie quilt with the border. I look forward to this new line of yours. I love the blues and tans. It was a terrible war, brother against brother. With the terrible times we are living, nothing seems to have changed. Sad but true. jlblvn@gmail.com

The opposite end of the beach has a camping area and tents that seem to be permitted. campshores.com has various tutorials related to How To Fold Beach Tent | Camp Shores.