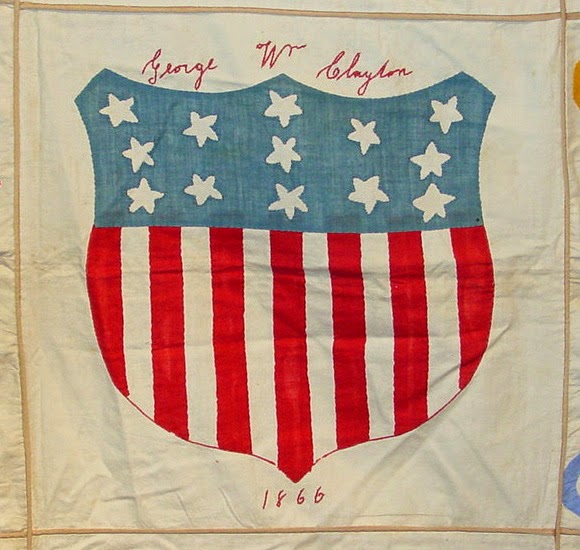 Union shield in the center of a post-Civil-War sampler 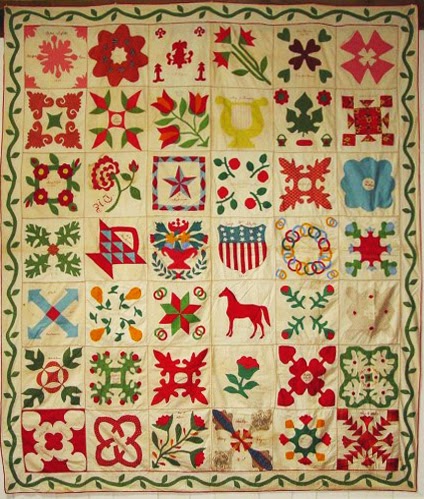 "This Friendship Quilt has 42 signed stitched-squares w/a vine border. Several squares are dated 1866, 1867, 1875 and stitched “Stamford, Conn” or Brooklyn L.I.” Many signatures include “Clayton”, “Thomson”, and “Wilson” families, along with a square depicting the dog, “Prince”. Perhaps the shield with the name “George W. Clayton” and date “1866″ reflects his service in the Civil War." 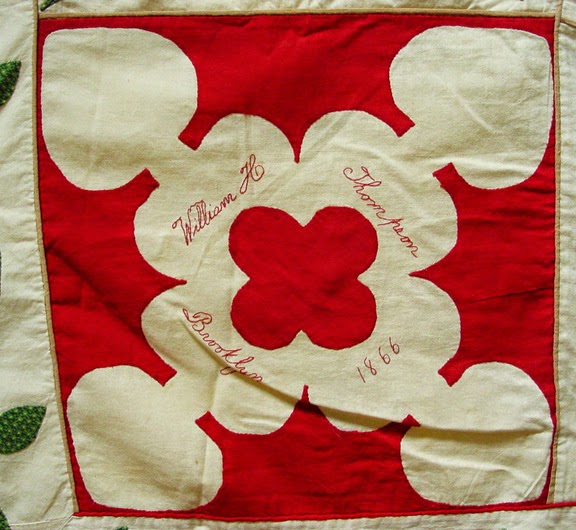 The photos are so good one can see the dates on many. 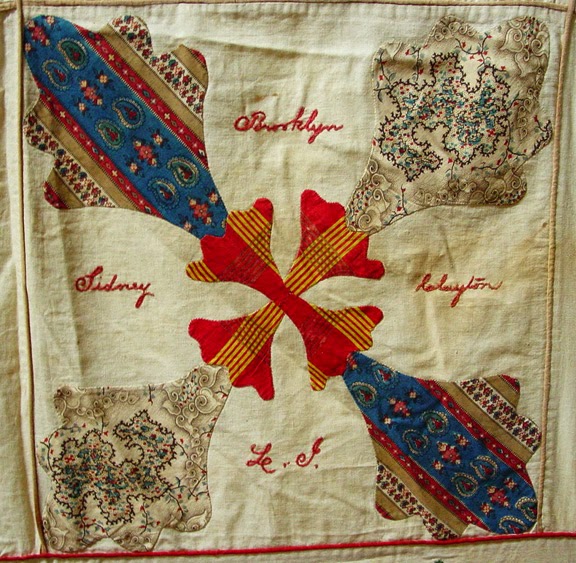 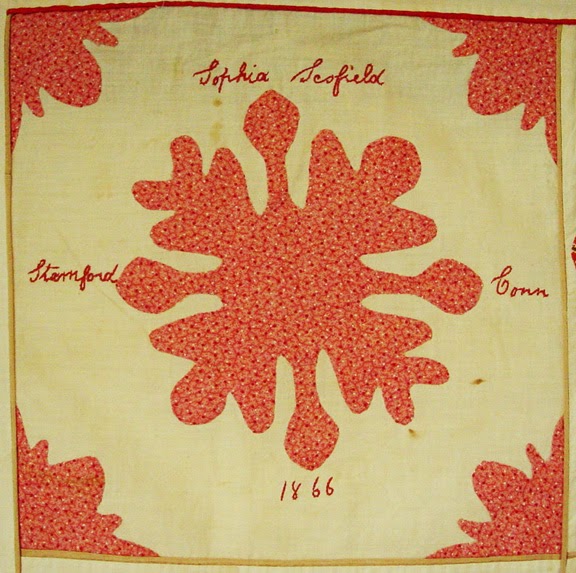 In Connecticut and Brooklyn 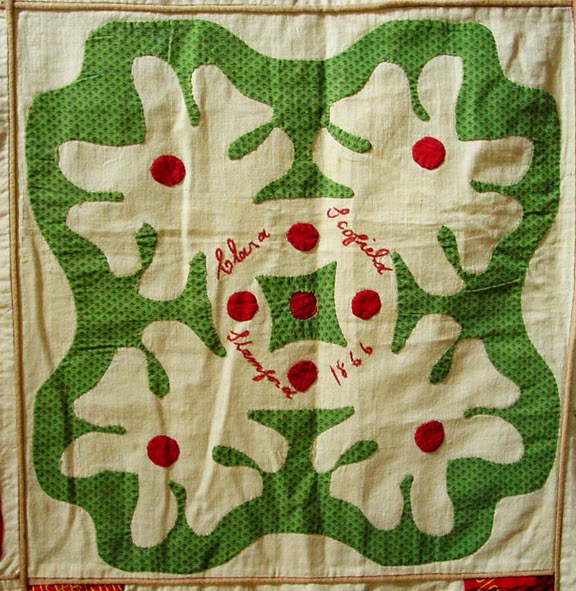 Each block is joined to the next with a corded or possibly a
flat welt.  There is no quilting. 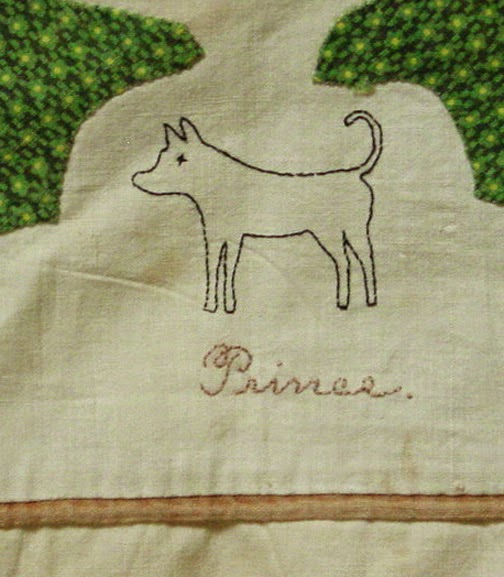 The blocks available in closeup appear to have
been made right after the Civil War. Perhaps
a few were added when it was made into a spread
in 1875.
Has the color faded from the tan joining strips, indicating
they were added in the 1870s, when unstable synthetic dyes became
the standard?

My hubby made me a PDF of block eleven, otherwise I would be lost. I just print PDF and it is correct size. Wonderful.The quilt is Threads of Memory.