I Never Forget a Face

"Portrait of Four Ladies of the G.A.R. or Grand Army of the Republic,"
Hennepin County, Minnesota. Collection of the Hennepin County Library.

The photo shows two generations of women at a G.A.R. dinner. The photo is from the Minneapolis Tribune, March 5, 1938. "The ladies have gathered at a dinner meeting to honor their national president, Mrs. Whitaker, of New Jersey." Gladys Ralph, Mabel Schilken, Maude Simons and Orpha M. Whitaker [in no particular order.]

My search has been unsuccessful for quilts made by Daughters of Union Veterans (DUV or DUVCW) groups. Of course I haven't done much actual research other than global internet searches for words like DUV Quilt (which shows me a lot of duvets.) I wouldn't give me but a D in research so far. 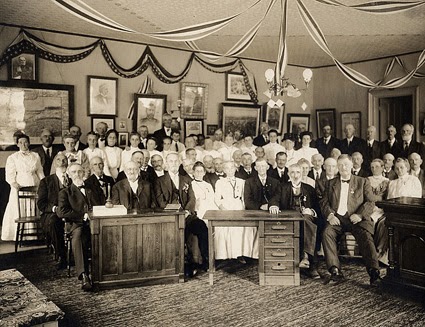 Glens Falls, New York
Meeting in 1905 at the GAR Hall

Finding any images of women's Union veterans groups after World War I is not easy, although there are many wonderful portraits from the early 20th century.

One of the few mid-20th century photographs I came across is the photo at the top of the page of the women at a G.A.R. meeting.

I immediately thought "I know those women!"

Particularly this fashionable woman in her marcelled hair and print dress. 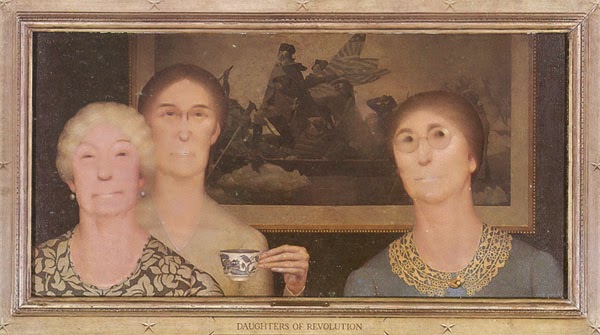 This painting by Grant Wood flashed into my memory. "Daughters of Revolution" was painted by the Iowa artist in 1932. It's in the collection of the Cincinnati Art Museum. I grew up in Cincinnati so the picture may have been familiar to me. 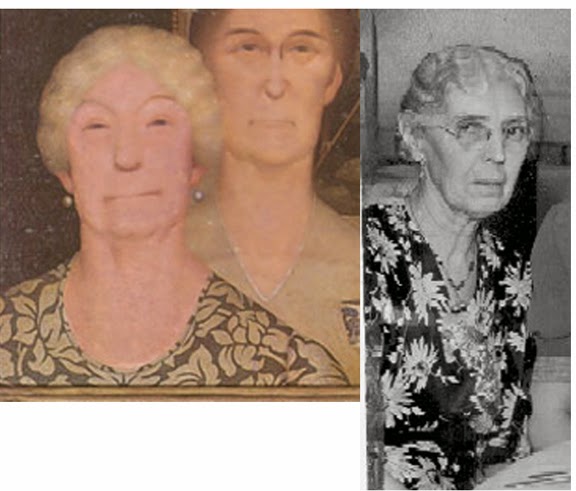 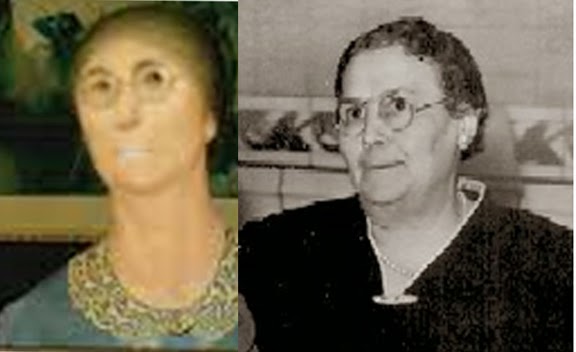 Orpha M. Whitaker is in the painting once 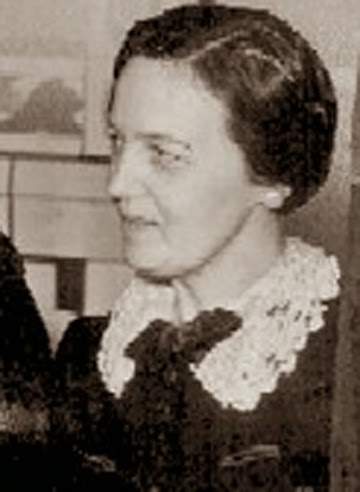 The story of Grant Wood's painting is multi-layered. The DAR and Wood had a falling out and the group portrait shows his contempt for the conservative organization. Some think that the three women are portraits of the founding fathers in drag. You can see George Washington's mouth in the woman on the left. Wood is well-known for his composite portraits, many of whom look like him. 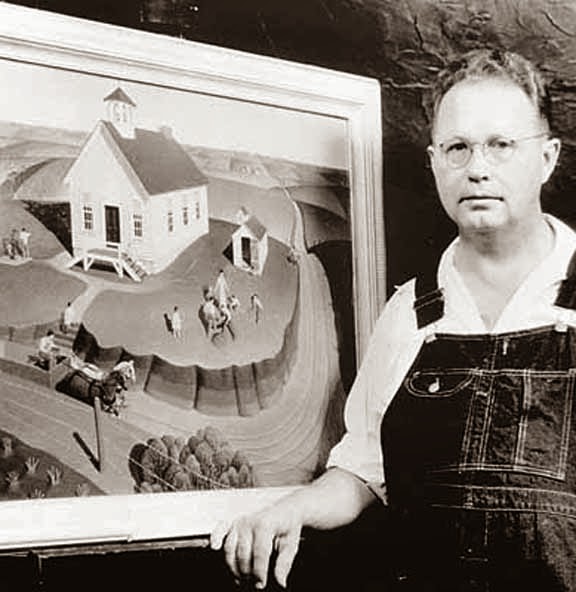 Did Wood turn the Minnesota G.A.R. photo into a satire of the D.A.R.? The dates don't match up. If the Wood painting was finished in 1932 it pre-dates the 1938 photograph, so it could be coincidence. It may be that both images capture the faces and fashion in Iowa and Minnesota at the time.

Read more about Wood and the DAR painting here:

More about the women in the photo:

Gladys Ralph, born about 1894 was in Minneapolis in the 1940 census. She is probably the younger
woman on the right. 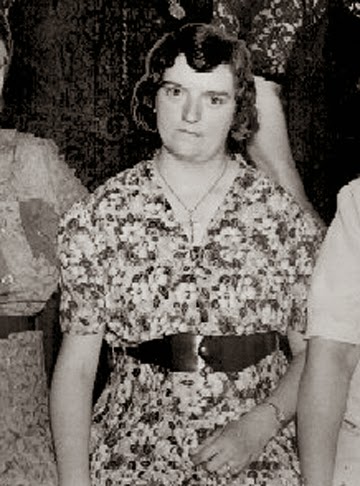 Mabel D. Schilken, born in 1899, died in Minneapolis in 1944.
Here she is in another G.A.R. photo from the Library collection. 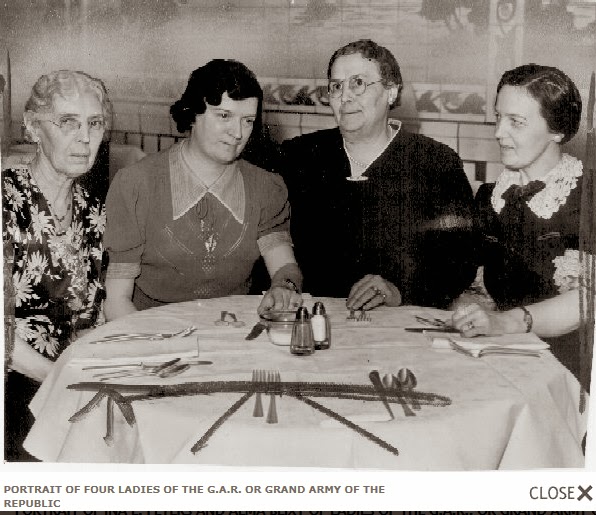 which leaves us Maude Simons on the left.

What fun! You give us so much to think about.

I never saw Daughters of Revolution before but I love it! So much to think about -- has our "Revolution" turned into just a bunch of conservative old biddies? Is this mockery of older white women unfair stereotyping? I feel I must see more Grant Wood. The famous portrait of the farmer and wife with the pitchfork could be my Midwestern grandparents. I feel a bond with Grant Wood somehow, though he depicts my roots a bit negatively:-) Thanks for this!!

What a political mystery! Even back then.

Is it possible the women had the better sense of humor, and dressed to match the painting and its negative portrayal of them? .... no that's too hard to believe.

Is it possible Grant retouched the painting after his disenchantment grew more antagonistic?

Ok. so now I've been reading the art critics' reviews of this painting, I think my first idea not so far fetched after all. Newspapers across the country wrote it up and the DAR members in Iowa were incensed. I was particularly struck that three of the women in the 1938 photo have their wedding bands prominently displayed (a little odd, no?). The Daughter in the painting holding the teacup did not have a wedding ring and that was one of the more contentious elements of the work. I was unable to find what year Edward G. Robinson bought it from Wood,, but did see a picture of Wood standing next to it in 1932, when the white haired matriarch in the printed dress was clearly visible.