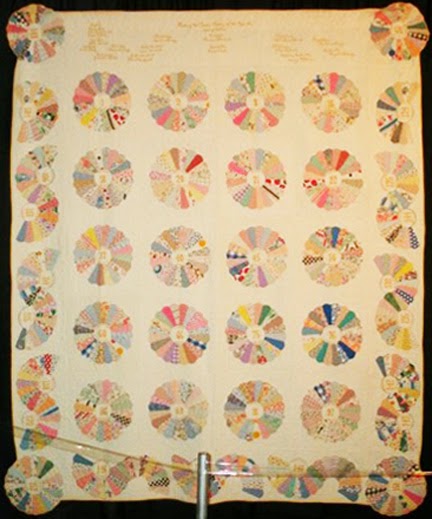 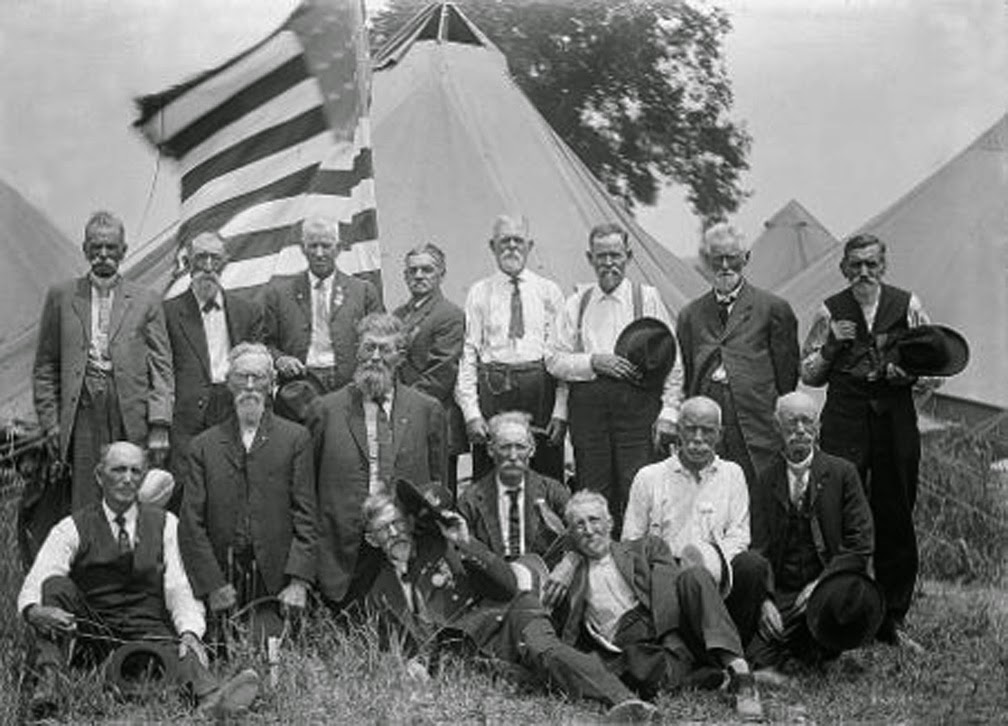 The Civil War veterans' associations have continued working into the 21st century, and a few 20th century quilts testify to their continuing use of quilts to raise funds and create community. 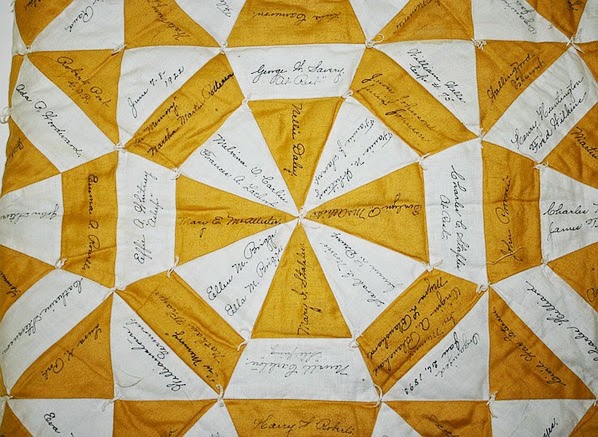 Civil War Veterans' groups were quite active in the years before the beginning of World War I in 1914. 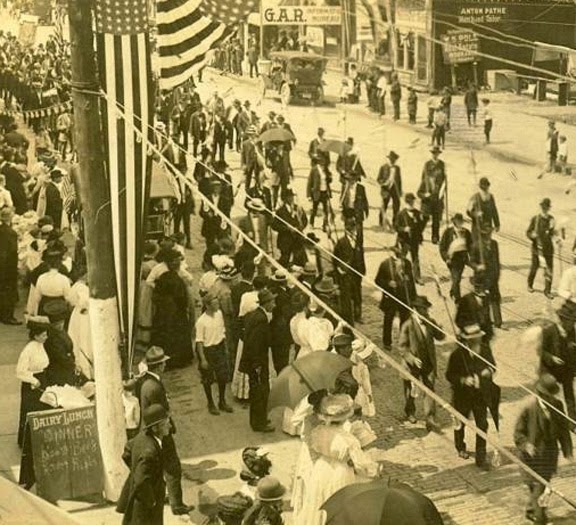 Read a newspaper article about the "County's Greatest Parade" here:

In a March post here about quilts by Civil War groups, Terri commented: 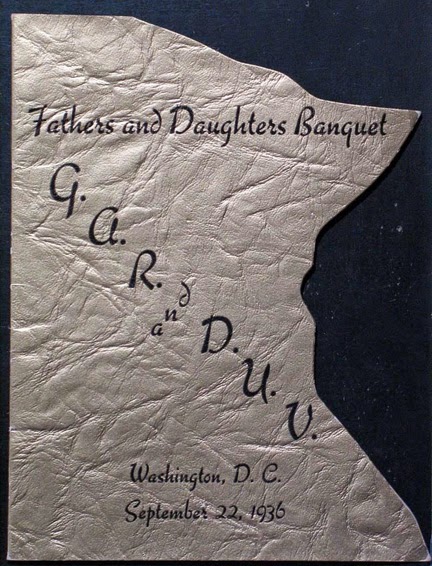 1936 program for a
Fathers and Daughters Banquet of
the GAR and the DUV in Washington D.C. 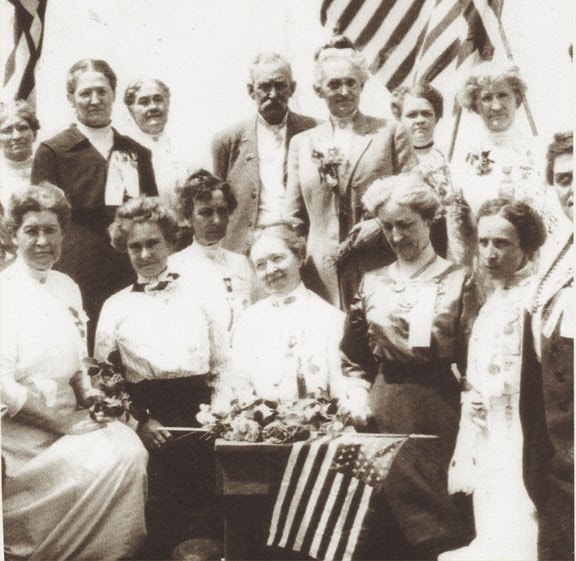 The Daughters of Union Veterans (DUV) eventually
replaced their mothers as leaders in assisting veterans
and memorializing their service. 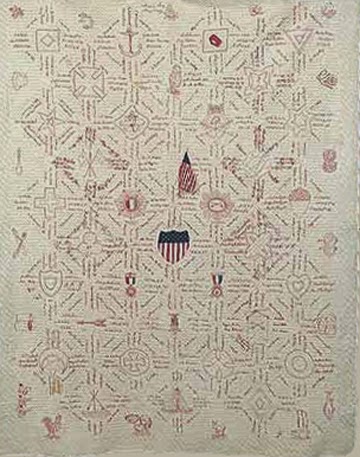 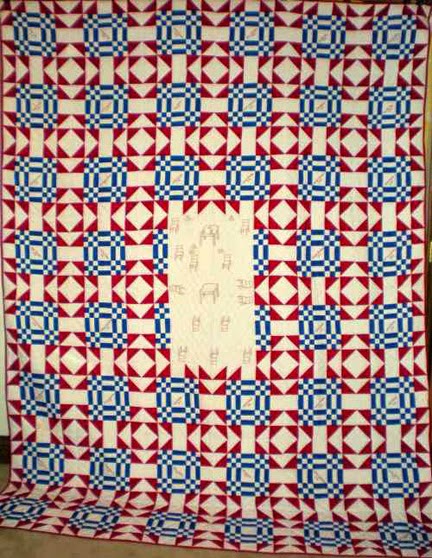 The center features the meeting room and its chairs in Turkey red embroidery. 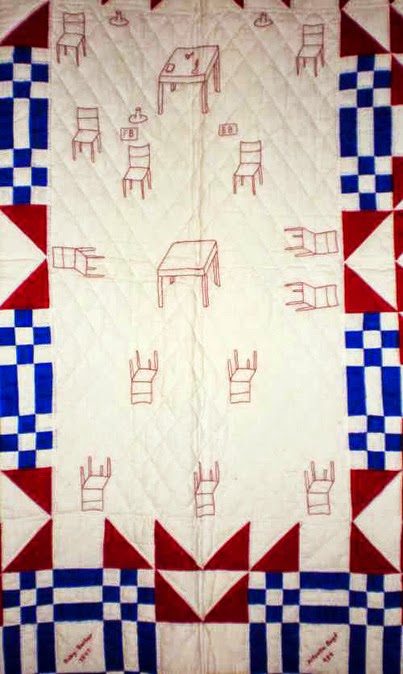 The caption tells us it was purchased from a Springfield, Missouri estate, but most of the identifiable women who signed it were from the Stillwater/Okmulgie, Oklahoma area. Read more here: 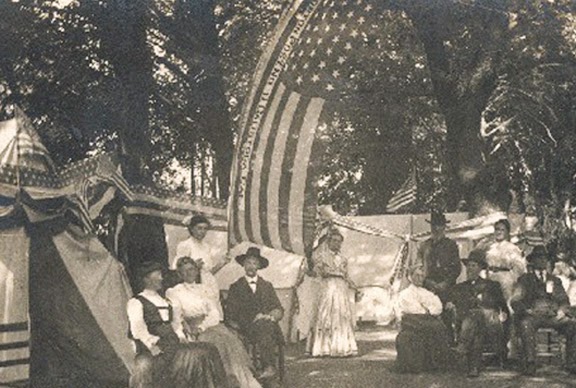 Read the accounts of a 1903 meeting of the Northern California Veterans Association in Napa County, California:

http://freepages.history.rootsweb.ancestry.com/~enderlin/calistoga/cw/calistoga-ve-1903.htm
Posted by Barbara Brackman at 6:00 AM

Thank you for your wonderful blog! Although I rarely comment, I love seeing and reading your newsy research. We still today celebrate Veteran's with Quilts Of Valor. How good to read about earlier sisters who pioneered the way.

Wonderful quilts to commemorate the civil war. Today our hike took us to a grave with a revolutionary veteran.

Those are some nice quilts, Barbara! I love how those pay homage to the glory and honor that our war veterans have brought to us. I can see where the inspiration came from. I love the vintage photos as well. All the best! :D