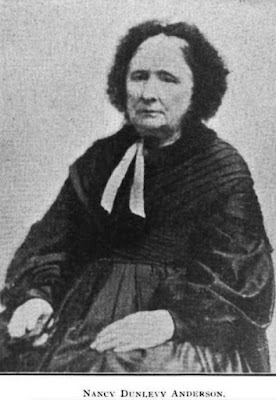 1862, Columbus, Ohio. "The first ladies of that city, those who scarcely think of doing their own sewing, have worked all winter for the soldiers. To raise money...they open bazaars, and resort to every other honest method...."

When the Civil War erupted in 1861 Nancy Dunlevy Anderson was in her mid-fifties, living with her husband Judge Thomas Jefferson Anderson in Marion, Ohio. 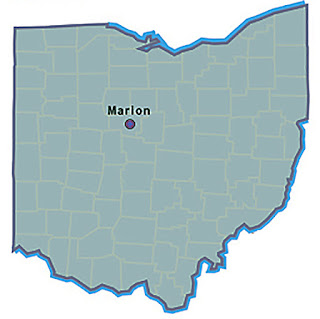 Nancy had been born in Virginia. At the age of twenty the young woman with money and property of her own married a man she met on a visit to Ohio.

They established a home in Marion, Ohio where Thomas traded in cattle and for a decade or so kept a frontier store dealing in clothing, hats and furs. The 1850 census lists him as a "Hatter." By the Civil War era he was a judge and Marion County was no longer the far edge of western culture. 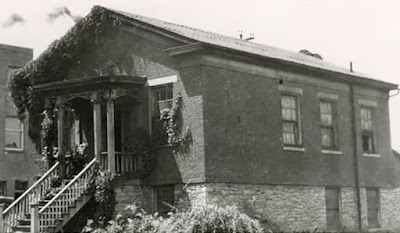 Marion Historical Society
Their brick cottage at the corner of North High & East Center
Nancy gave birth to at least 10 children. Son James House Anderson (1833-1912) was appointed Consul in Hamburg, Germany in March, 1861 by Abraham Lincoln.He and his wife Princess Ann Miller Anderson (1837-1913) received  many informative letters telling Princie and James and us about life in wartime Marion.
A few days after the war's beginning:

"Annie is working on the flags all day and is still at work. The young ladies make and present them to the companies." 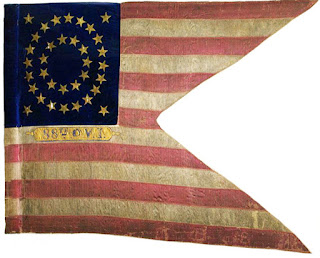 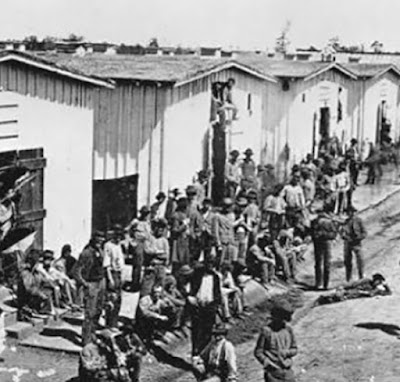 See a post about the wardrobe of Confederate prisoners here:https://civilwarquilts.blogspot.com/2022/06/the-fate-of-many-confederate-quilt.html 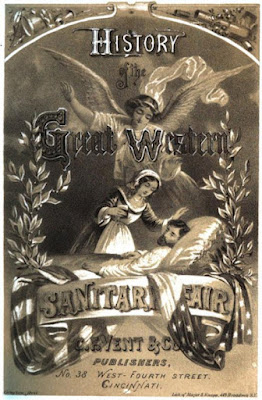 She and Annie missed going to the Great Western Sanitary Fair in Cincinnati in December, 1863 due to Nancy's illnesses. 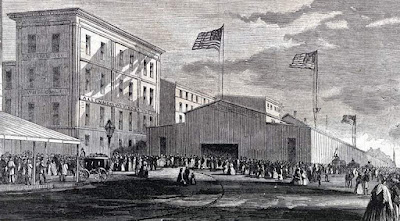 "I have a great desire to [attend] but my health is hardly good enough to undergo the fatigue. Annie intended to make some fancy articles...but I was so ill she could not find the time....Cone frames...would have been very salable."

Nancy died at 65 years old five years after the war was over. Here is her grave: https://www.findagrave.com/memorial/185419460/nancy-anderson

Read: Life and Letters of Judge Thomas J. Anderson and Wife; A History
https://www.google.com/books/edition/Life_and_Letters_of_Judge_Thomas_J_Ander/9YoDAAAAYAAJ?hl=en&gbpv=1&bsq=princie
Posted by Barbara Brackman at 6:00 AM