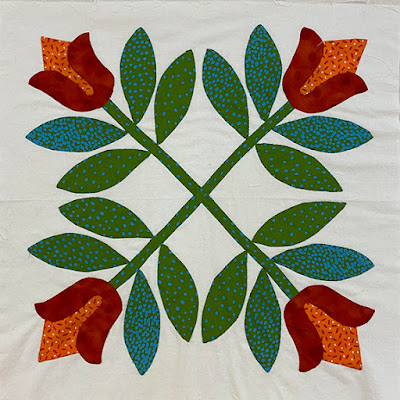 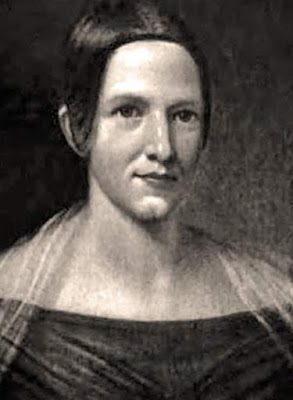 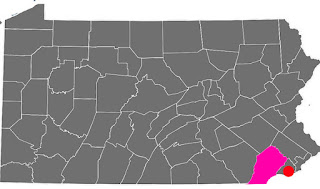 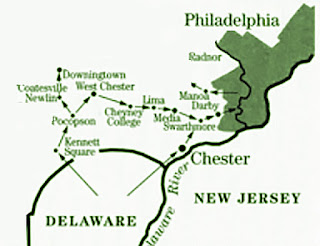 Routes west and south of Philadelphia
At 27 years old she married James Miller McKim, once a Presbyterian minister from Carlisle. Family were not happy with her non-Quaker choice but she stood her ground. 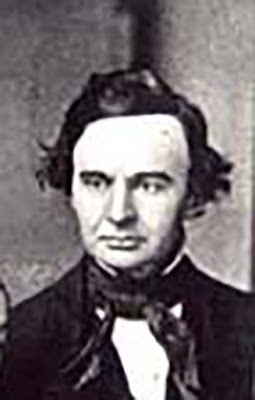 J. Miller McKim (1810-1874) in 1851
Miller McKim described his awakening to the antislavery cause in an 1863 autobiographical speech. Waiting for a haircut from Black barber John Peck who seemed to run a lending library as well as a barber shop, McKim picked up a copy of The Liberator, William Lloyd Garrison's radical antislavery newspaper. Peck let him borrow it overnight. McKim read more, returning the next day.

"An argument [about slavery] arose between me and the barber, in which that gentleman had greatly the advantage."

Peck sent him home with a book by Garrison. "The scales fell from my eyes. The whole truth was revealed to me. The evil of slavery...." 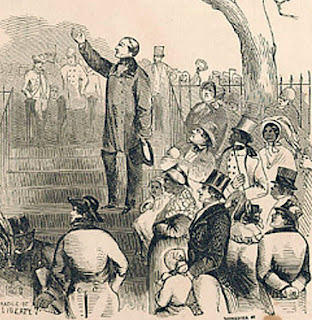 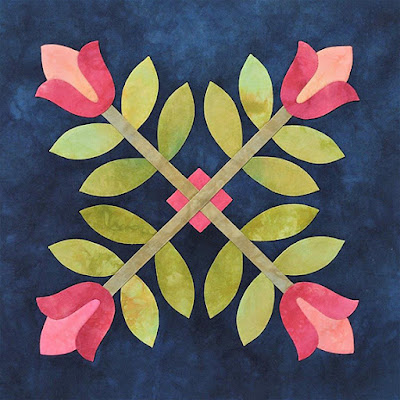 Pennsylvania Tulip by Becky Brown, one little extra piece, very effective.
McKim's new mission was abolition. He became a lecturer on the antislavery circuit in 1836, where he preached the radical principle of immediate freedom. After his marriage he took a job at the offices of the Pennsylvania Anti-Slavery Society as secretary, publishing agent and bookstore manager, becoming William Still's boss.
Sarah's son-in-law (twice over) wrote a memorial about her describing the city's annual Antislavery Bazaar, begun in 1840 by Miller McKim among others as "a festival of good-feeling, and Sarah McKim as a saleswoman proved an unrivaled magnet." Miller explained one idea he had to Sarah, a poultry stall. “Our farmers are to be asked to send us each a fat turkey & our abolitionists in town are to buy their Christmas dinners of us.” 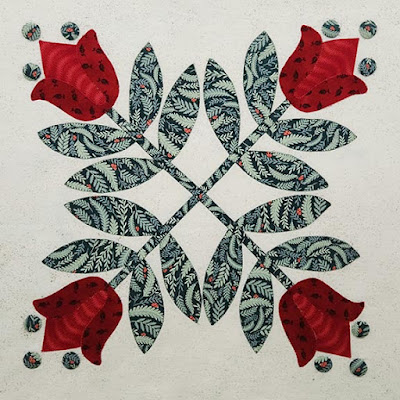 Pennsylvania Tulip by Denniele Bohannon with a few dots
Sarah gave birth to two children, Lucy in 1842 and Charles Follen McKim five years later. They also adopted niece Annie Catherine McKim. In 1855 they moved to Germantown, a neighborhood five miles from the city center, living at Hilltop at Cottage Lane and Duys' Street. 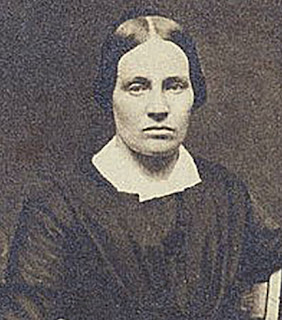 Mary Ann Day Brown (1816-1884)
in the early 1850s.
The most courageous action in Sarah's long, brave life was her decision to accompany friend Mary Ann Day Brown on her 1859 visit to her condemned husband John Brown the day before he was hung in Harpers Ferry, Virginia. Mary Ann had spent the weeks between his arrest and execution in Philadelphia with Lucretia Mott and Sarah and Miller McKim whom Brown called a dear friend. 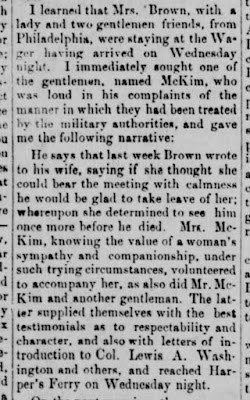 Story copied in many newspapers in December, 1859
"Mrs. McKim, knowing the value of a woman's sympathy
and companionship under such trying
circumstances volunteered to accompany her."
Sarah and Miller enlisted Hector Tyndale as a companion/bodyguard. The four arrived in Harper's Ferry on the last day of November. After the execution they escorted Brown's body back to Philadelphia amid threats and political posturing from authorities. Miller (and possibly Sarah) traveled with Mary Ann on a train to New York and Brown's burial. 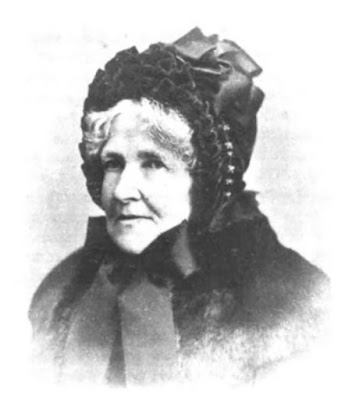 Sarah, later in life from her memorial booklet.
"At anti-slavery meetings she sometimes sang in a way to touch all hearts."
The Block 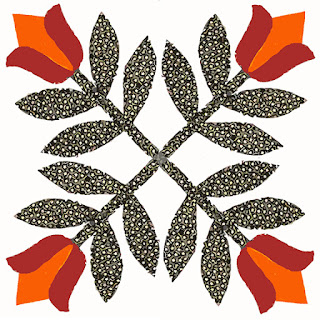 Pennsylvania Tulip
Nothing fits our clichés about the Pennsylvania Dutch more than a red and green tulip block. Sarah Allibone Speakman came from Quakers of Pennsylvania Deutsch (German) heritage. This month's block is drawn from several similar designs. 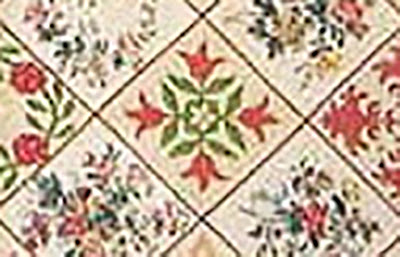 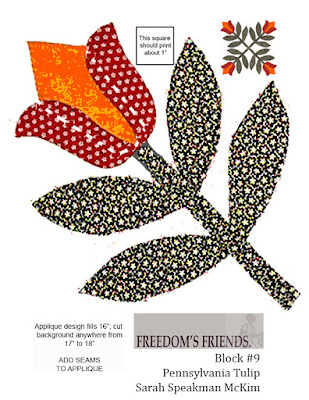 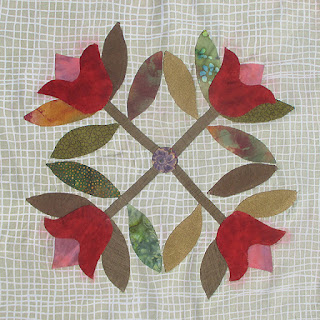 Oh dear, my reds are running.

Read more about the McKims in the first block of our American Stars pieced block-of-the month here:

Sarah's memorial: In Memoriam Sarah A McKim
https://www.google.com/books/edition/In_Memoriam_Sarah_A_McKim_1813_1891/I8E_AAAAYAAJ?hl=en&gbpv=1&dq=In_Memoriam_Sarah_A_McKim_&pg=PA1&printsec=frontcover
More about the McKims:
https://blogs.dickinson.edu/hist-mckim/files/2018/10/Brown.pdf
Robert Smedley, History of the Underground Railroad in Chester and the Neighboring Counties of Pennsylvania, 1881:
https://www.google.com/books/edition/History_of_the_Underground_Railroad/QhHhOARqu4wC?hl=en&gbpv=1
Read Miller McKim's autobiographical memory of the first antislavery convention in 1833. The Liberator, December 25, 1863.