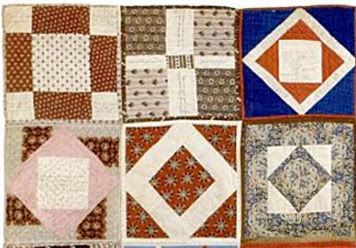 New England Quilt Museum
Quilt made for a Union soldier
So many album quilts were made for the Sanitary Commission to distribute
to Union hospitals but so few survive.
Below is a story from the National Tribune, a Union veteran's newspaper, about 20 years after war's end. Mrs. Edwin Bailey of North Scituate, Massachusetts recalled making such a quilt, assisted by her 6-year-old son, one of ten children. The Sanitary Commission sent the quilt to Washington and she did not hear of it again. 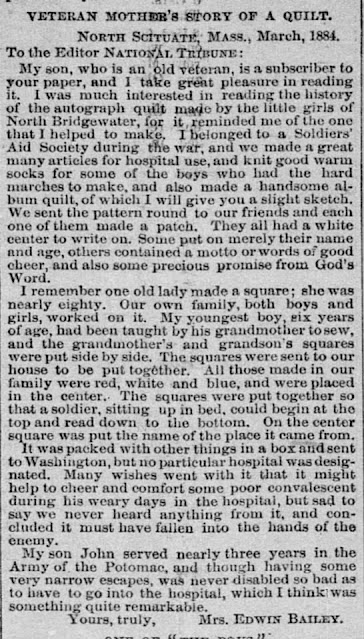 Margaret's death record shows that her parents were British immigrants. She was born in Maine. 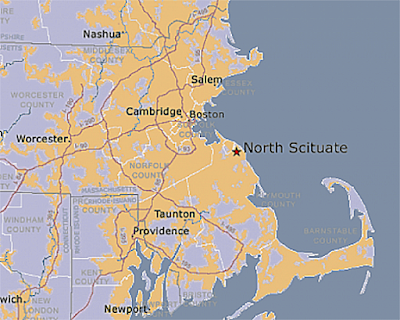 Margaret married Edwin Bailey on May 3, 1837. When the war began she was in her late 40s. The 1860 census shows them with 8 resident children; two sons James and Samuel were Mariners, sailors. John, who would join the Army of the Potomac was 17, and the youngest Frank who helped on the quilt was four. 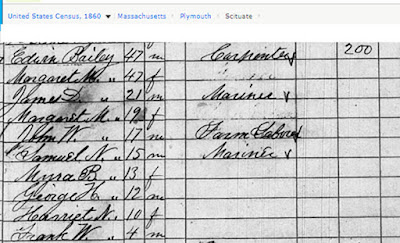 The 1880 census again lists Edwin as a carpenter but in the post-War boom he was more a builder or a real estate developer. 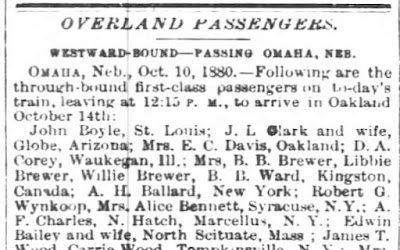 That year they took a train California to visit children.

In the 1880s they rented out a house in North Scituate (theirs?) for summer
vacationers in the ocean-side resort. 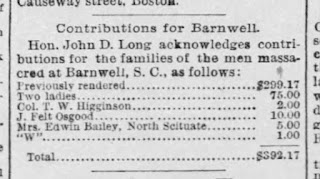 In 1889 the country was shocked by a mass lynching at Barnwell, South Carolina. 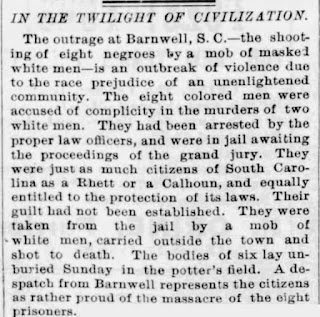 Boston Transcript, 1889
Margaret joined Thomas Higginson in sending a donation
for the families of the murdered men.
We don't know what the North Scituate quilt looked like although Margaret described it as having white squares in the block centers with names and longer inscriptions. 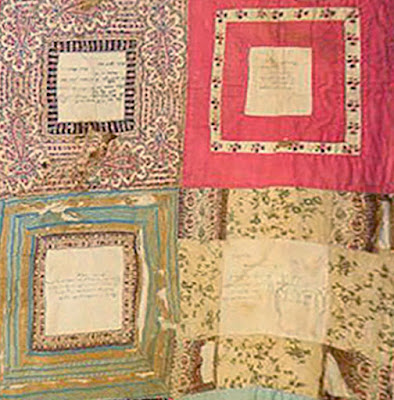 Rather the standard look.
See more of the surviving quilts here:
http://civilwarquilts.blogspot.com/2019/05/how-many-sanitary-commission-quilts.html 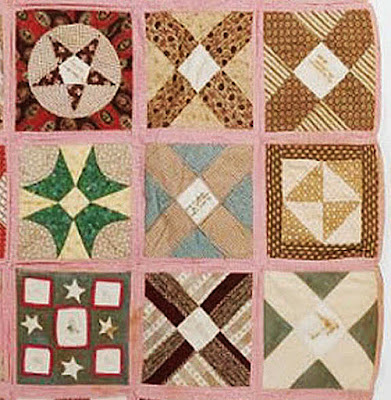 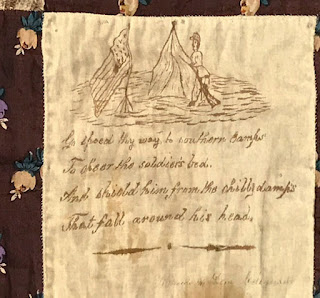 Detail from the New England Quilt Museum's example.
Posted by Barbara Brackman at 6:00 AM

i believe north bridgewater--where the quilt was made--is brockton, mass...