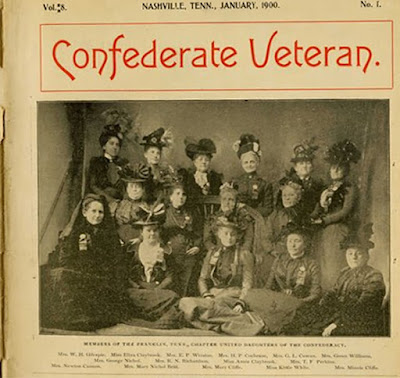 The United Daughters of the Confederacy organization in
Franklin, Tennessee in 1900.
Veterans from the Union and the Confederacy supported periodicals catering to their interests in the late 19th and early 20th century. We've discussed the Union paper The National Tribune that printed wartime memories.
https://civilwarquilts.blogspot.com/2021/12/letters-to-gars-national-tribune.html
The Southern equivalent was The Confederate Veteran published from 1893 and 1932. A search for quilt brings up some stories. 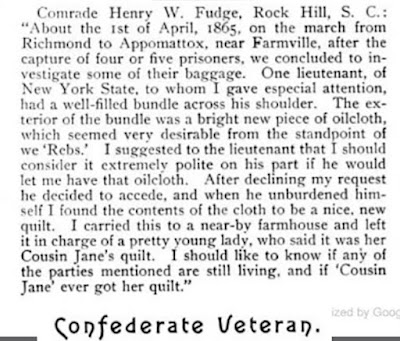 Here we have an account of a Confederate soldier confiscating a bundle of bedding from a Yankee lieutenant and returning a quilt to a pretty lady who claimed it was her Cousin Jane's quilt. I cannot vouch for the veracity of the pretty lady: I'd have told him anything to get that quilt in the last days of the Civil War in Virginia. 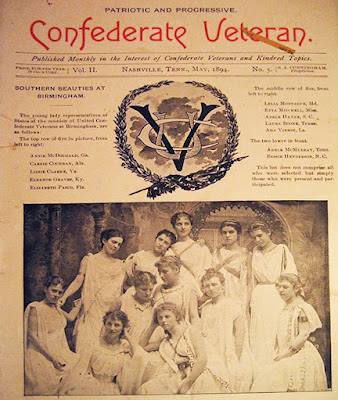