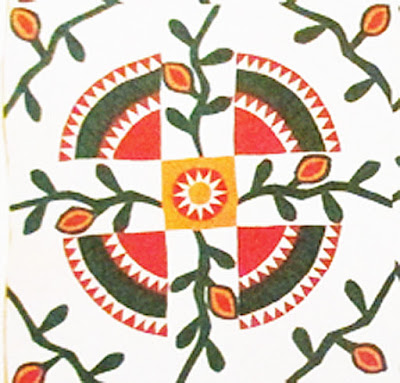 Mary Ann's version of the Rocky Mountain or Crown of Thorns design with the unusual appliqued strips was probably made long after the Civil War when these quilts were made across the upland South (which reached way west into Texas.) 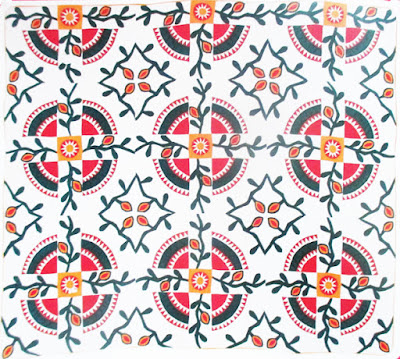 74" x 61"
She may have constructed this as blocks like the diagram below: 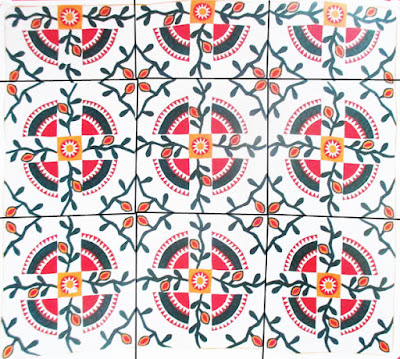 Which explains the awkward vine intersections
in what might have been a sashing.

The family thought their quilt might date to the Civil War but the pattern, fabrics, small size and partial blocks along the edge---among other clues---indicate it was made after 1880, perhaps into the 20th century as she lived until 1906.

The 1870 census tells us Mary Ann Elam was born in Tennessee (no surprise to those who have seen quite a few of the patchwork design made there) but a family site tells us she was born November 02, 1832 in Cold Springs, Mississippi.


She married Edward Hampton Ross in Mississippi in 1850 when she was 18. E.H. Ross, born in 1825 in Alabama or Mississippi went to Texas in 1852 with Mary Ann, a baby and his extended family. One would guess the confusion over origins is due to the families' continuing need to move west looking for fertile farm land for cotton and corn, a few years in one state, a few years further west.

As Robert Caro wrote in his biography of Lyndon Johnson: "Thousands of rural Southern families...took one last look at their eroded, exhausted soil, chalked GTT [Gone to Texas] on their gates and headed for a new land and a new start." 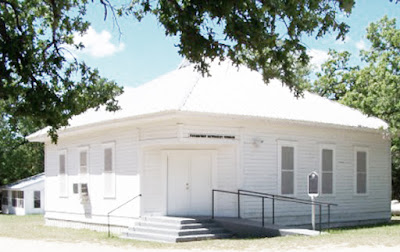 Edward's father David Ross was a Methodist minister who founded the Friendship Methodist Church in Milam County, where the families settled. 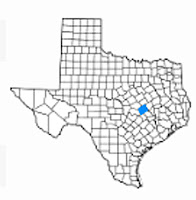 Mary Ann's first child Sarah Jane was born in January 12, 1852 in DeSoto County, Mississippi. She gave birth to another girl and three boys in Texas in the 1850s. 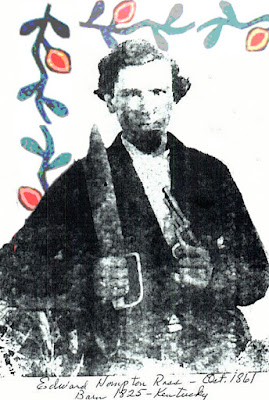 Ghostly photo of her husband with revolver and
Bowie knife in his mid-30s, 1861 from Find-A-Grave. 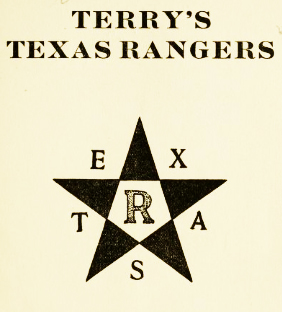 When the Civil War began Edward, listed in the 1860 census as a stockman (a cattle rancher?),  left 28-year-old Mary Ann and their five young children to join Company A of the 8th Texas Cavalry called Terry's Texas Rangers. They traveled into Kentucky where Edward wrote homesick letters telling of his affection for his family:.

"I can imagine...that I see you and Sarah Jane, Davey, Wiley, Margaret all down at friend Ned's and that you are about now, calling them up to start home." 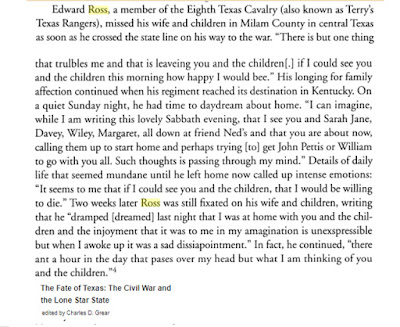 Terry's soldiers wound up in Murfreesboro, Tennessee in the summer of 1862, supporting Brigadier General Nathan Bedford Forrest's successful assault on the Union-held town. 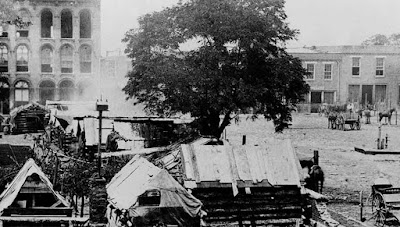 From a history of the regiment:

"Now occurred one of those unfortunate blunders which often mar the best laid plans; probably made by Forrest himself. Colonel Wharton with the Rangers was to attack a camp of the enemy on the Liberty pike north of town. Forrest, who had been riding at the head of the column, turned aside to allow us to pass. When six companies had gone by he fell in with his staff and escort. Thus it happened that nearly half of the regiment followed Forrest into the town and out to the westward. The courthouse was garrisoned by a company of the Ninth Michigan Infantry, who poured a hot fire into our ranks from the windows." 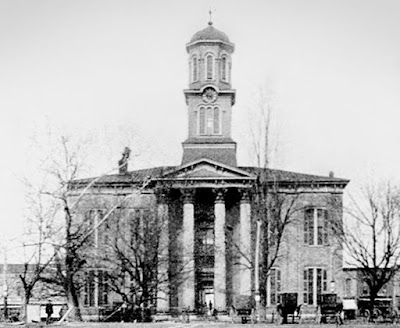 ...  buried in a mass grave in Tennessee.

The widow suffered another loss towards the end of the war with the death of eldest son Davey, David Alan Ross, about 11 years old.

Mary Ann did not remarry and raised her remaining children among her husband's family. In the late 19th century she moved to the nearby railroad town of Bartlett on the Bell/Williamson county line. 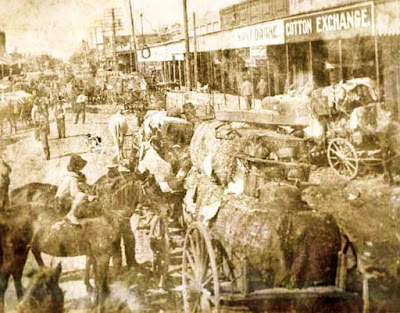 Cotton crop in Bartlett about 1910.
Farmers covered bales with old quilts. See the star quilt on the right.

See her husband's letters in the files of the Stones River National Battlefield in Tennessee.
https://www.nps.gov/stri/learn/historyculture/regftexas.htm
Posted by Barbara Brackman at 6:00 AM

What a tragedy for so many women that the war took their husbands and livelihood from them.