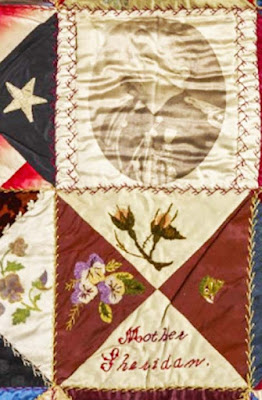 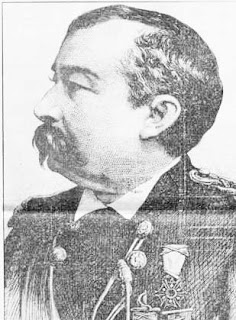 Similar to this portrait widely printed at the Civil War hero's death. 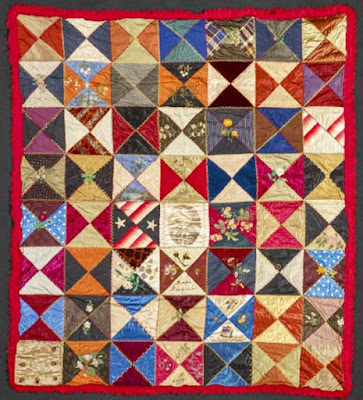 The curators assume it to have been stitched by Irene Rucker Sheridan, the General's wife. 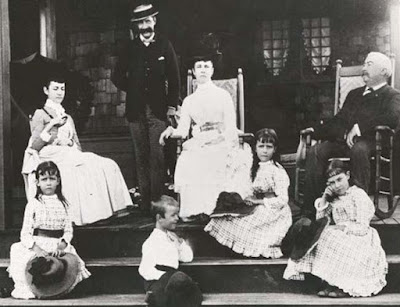 Irene in the center, a very ill Phil Sheridan on the right, his brother
Michael standing and Michael's wife on the left, late 1880s.
The girls dressed as triplets included a pair of twins and a sister a year older.
The youngest Phil, Jr. was 8 when his father died.

Irene may have begun the piece soon after his death when embroidered silk quilts were all the rage. Widowed at 32 years old she must have framed herself narrowly as "Mother Sheridan," raising their four children. An attractive woman, a Washington socialite, she never remarried, telling would-be matchmakers she'd "rather be Phil Sheridan's widow than any living man's wife." 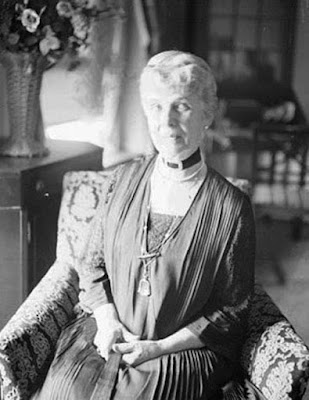 Irene Sheridan (1856-1938) lived well into the 20th century, at home in
Washington with her three unmarried daughters for fifty years. 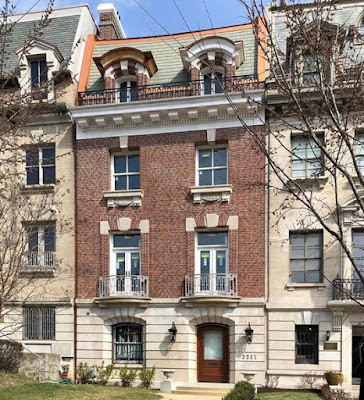 Congress awarded the widow a one-time sum of $50,000, which apparently kept them in style. 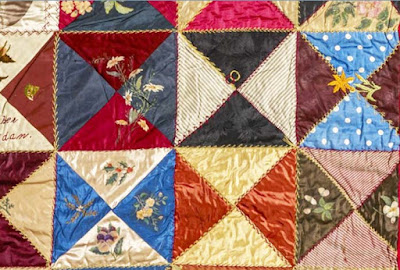 Irene Rucker was a child of the army, born at Fort Union in New Mexico while her father General Daniel H. Rucker was stationed there. She met General Sheridan in Chicago in 1874 and they married soon after. Although he had led a rather wild life in the Army with at least one daughter by a Native American woman in Washington Territory, Irene was his first legal wife and the newspapers made much of the romance 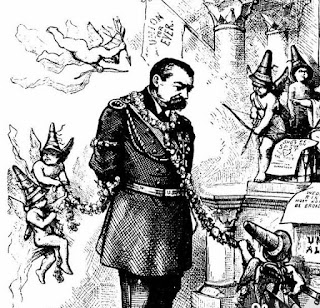 Sheridan & Union Forever at the time of his 1875 wedding.

The quilt was given to Indianapolis Museum of Art in 1987 by Mrs. Yoerger Kiehl, Sarasota, Florida.

The address of the home is 2211 Massachusetts Ave.