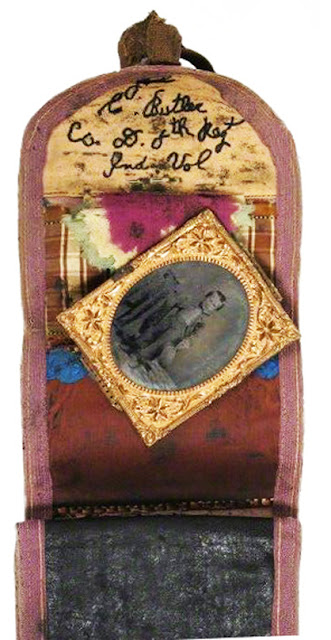 ? (Probably Joel) C. Butler
Co. D 8th Regt
Ind Vol
This may have been made for Joel or Theodore Butler of Wayne County, Indiana 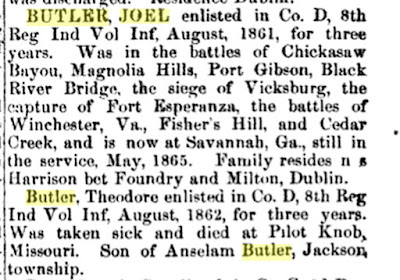 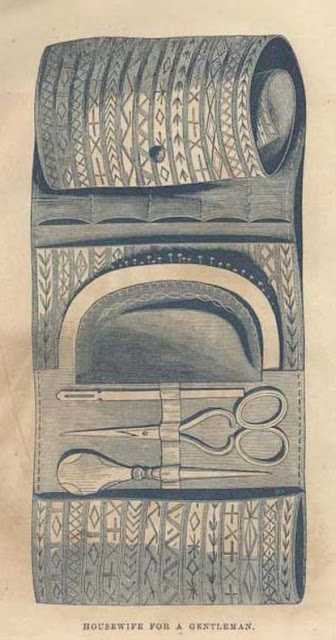 Godey's pattern for a "Housewife for a Gentleman"

While a housewife or sewing kit for a lady might be stitched of  colorful scraps, a soldier's sewing roll up was often more austere with an outside layer of leather or oil cloth. 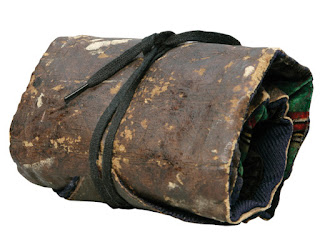 Inside: pincushions and pockets of dark silks and wools. 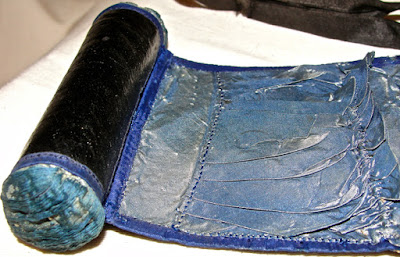 Most of these photos are from online auctions 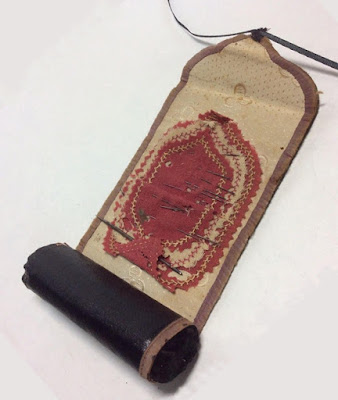 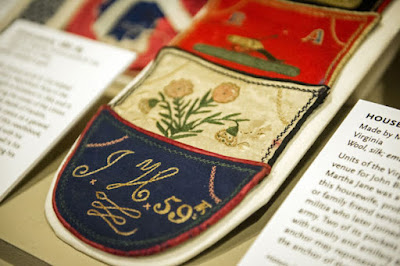 Exceptions are those decorated with monograms and patriotic images. 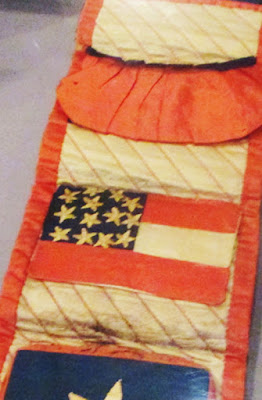 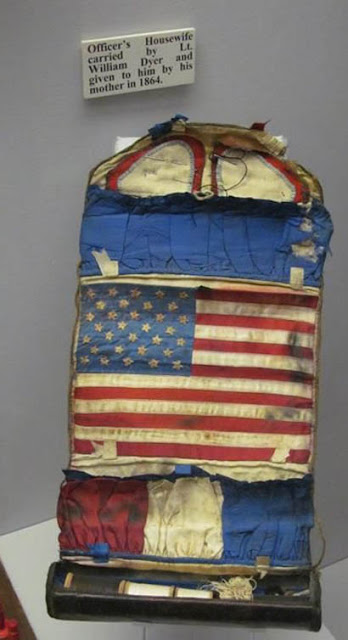 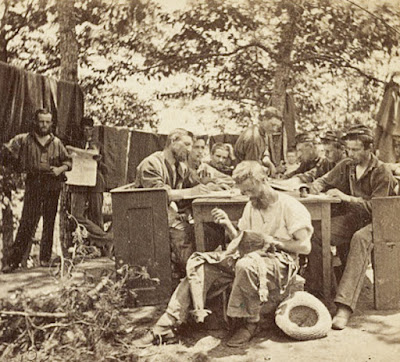 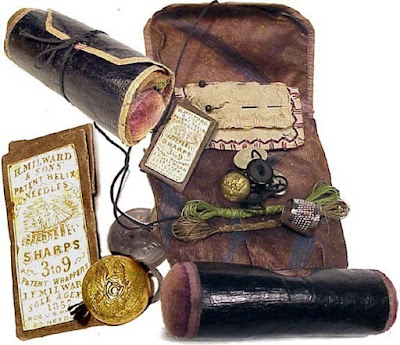 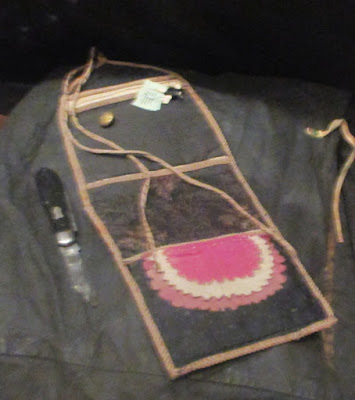 Above & below on display at the Atlanta History Center 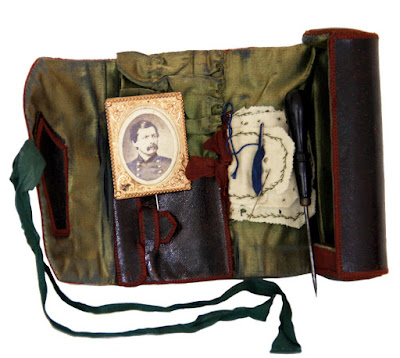 One could keep a cased photo of a loved one as in Mr. Butler's at the top of the page,
or of a hero as in this one with a photograph of General George McClellan.

See more about James Gee's housewife at this post:
https://civilwarquilts.blogspot.com/2018/01/a-confederate-sewing-kit.html
Posted by Barbara Brackman at 6:00 AM

I dedicated an entire chapter to sewing rolls in my book, “Antique American Needlework Tools”. I included examples from museums and private collections, many never seen before.
They are wonderful examples of ingenuity in design and materials to serve a practical purpose.

I was going to comment that Dawn Cook-Ronningen has a wonderful collection and many are in her wonderful book, but I see that she beat me to it!