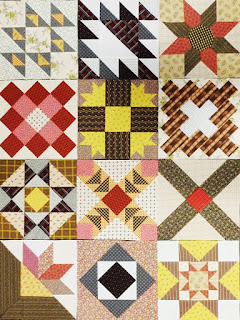 Erica C is finished with all 12 blocks
and is going to set them side by side. 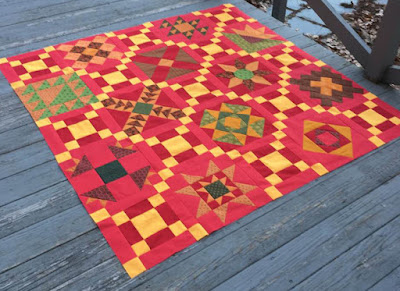 Meliss S is using the official alternate block set and is
thinking about a border. 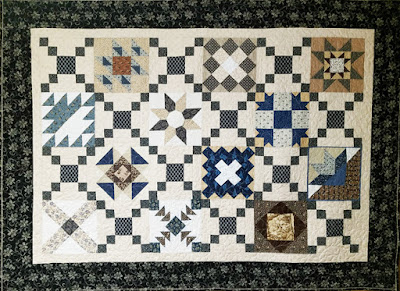 Lisa's is quilted (did it on New Year's Day) and ready for binding. 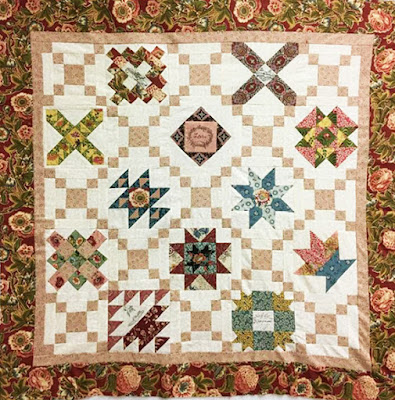 Marsha B added a chintz border 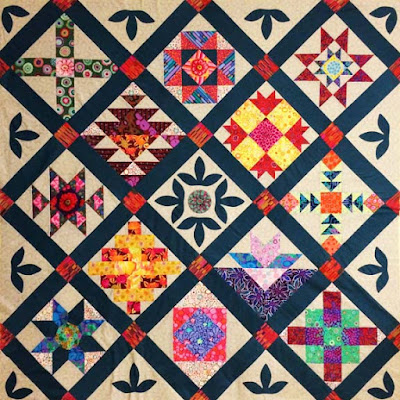 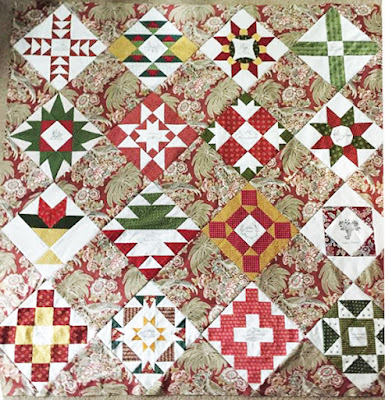 Susan V. alternated with unpieced blocks cut from the pheasant
and palm tree chintz. She added a few blocks because she
wanted to include inked inscriptions remembering her ancestors. 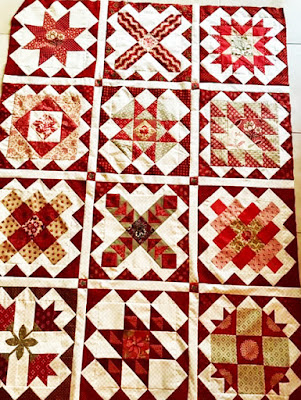 Terry S devised her own set----
She pieced a border of triangles around each block
and added a skinny sash. 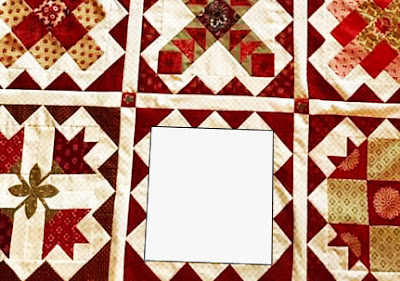 She also devised her own Block 10. 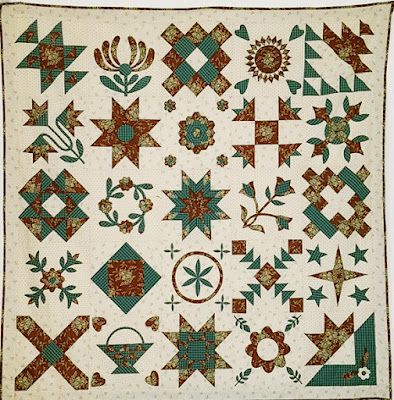 France Aubert alternated applique blocks of her own design.
Quite impressive. 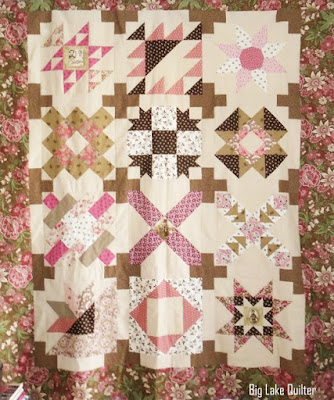 Cathy at Big Lake Quilter also devised her own set---sashing
with corner squares the same size as the cornerstones. 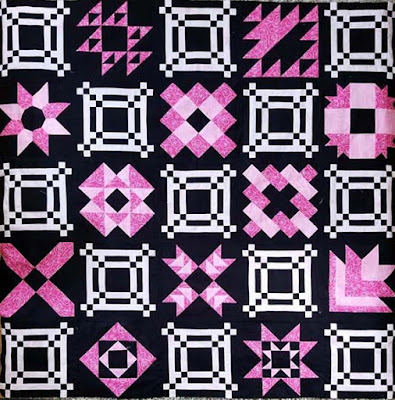 Denniele Bohannon's pink blocks with alternating 9 patches.
She says she is trying to behave for next year's BOM
but I don't think that's a viable option. And who wants her to?

They are all fabulous! I hope to see Meliss' in person at tomorrow's meeting. What fun!

Beautiful, brilliant quilts... all of them!

What super layouts - and so different. Well done to all, they are gorgeous.

Thank you very much Barbara to share our works. it was a great pleasure to make these blocks and fun to find ideas to finalize this project.

Thanks for sharing everyone's work Barbara. This was a great Block of the Month and I was truly challenged. Those Y-seams are tricky! I did add my border and hope to have it quilted by the end of the month. I'll be sure to post an updated picture on the antebellum facebook page when it's complete. Thanks for the journey - I look forward to future quilting opportunities with you. Meliss Swanson.

They all look so good. They motivate me (I wish I could say finish mine) but I have to say start!
Congrats everyone!
I'm jealous : )

i agree with wendy! and melissa's is over the top...so much beautiful work and quilts...