The Illinois State Museum is showing off a new acquisition this year in their Bicentennial and Beyond exhibition, which runs until February 3, 2019. 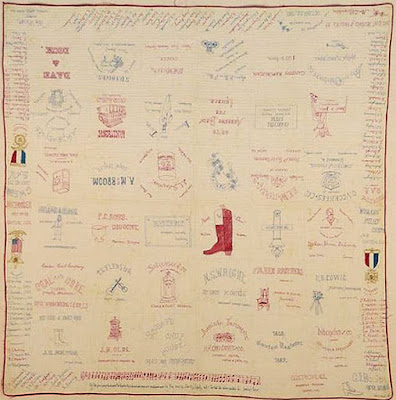 Charity Hedge Lingenfelter (1848-1894) raised money for the Grand Army of the Republic post in  Canton, Illinois with her embroidery. 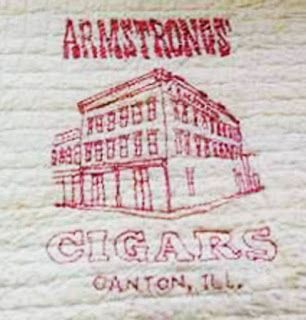 Canton businesses donated a dollar to be
included on this advertising/fundraising quilt. 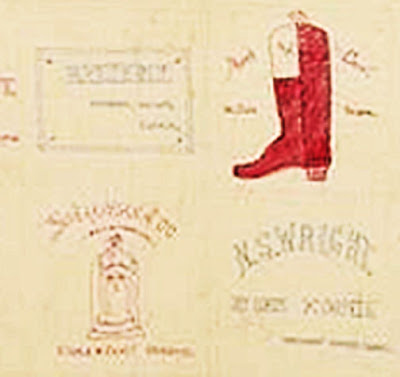 Veterans' names and G.A.R. badges are stitched in the borders 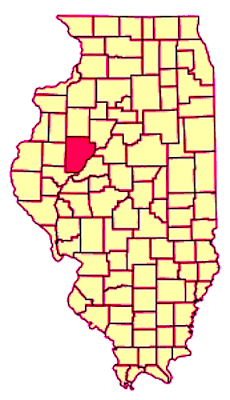 Charity Hedge was born and died in Fulton County, Illinois, southwest of Peoria. 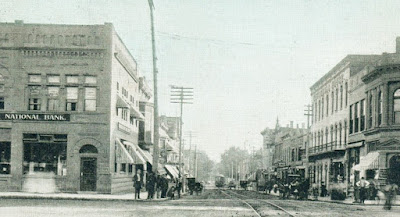 After the Civil War she married veteran Aaron Lingenfelter in 1870 and moved to a farm near Canton when she was in her 20s. They had three children, Ernie, Nernie and Lizzie.

Aaron served as a private in the 55th Illinois Infantry throughout the war, enlisting as a 20-year-old in 1861. He was severely injured in his shoulder in Bentonville, North Carolina a few weeks before war's end, giving him the dubious distinction of being the last man in his unit to be wounded. The Regimental history published in 1887 mentioned that he remained a "great sufferer from a grave injury." He lived until 1918, however. 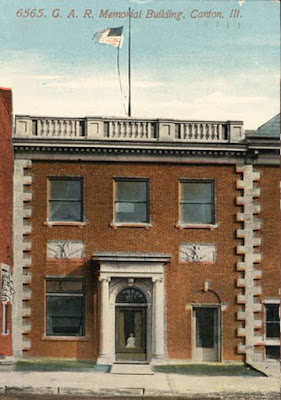 Charity did not live long after completing her fundraiser. She died at 45 years old in 1894. 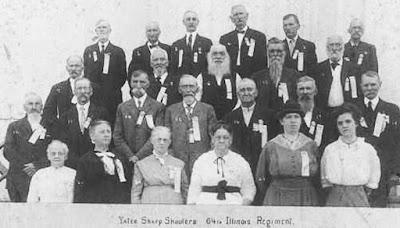 A 1914 reunion of Union veterans in Princeton, Illinois.

See the Canton G.A.R. quilt at the Illinois State Museum in Springfield. And as a bonus you can see Albert Small's quilt of 120,000 + hexagons, the world's record holder. 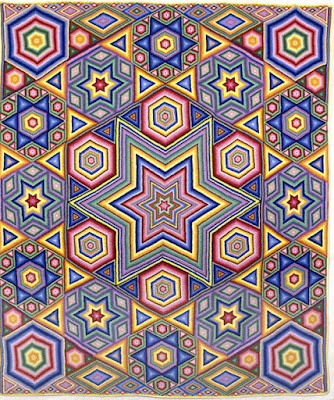 Read more about Charity and her family at these links:
http://www.illinoisancestors.org/fulton/Obituaries/ObituariesI_M.html#lingenfelteraaron
http://illinoisstatemuseum.tumblr.com/post/169351085019/new-acquisition-gar-fundraising-quilt

How interesting. I was born in Illinois and I am living in the south and trying to get back up North....too hot down here for me! LOL! I grew up around Galena with lots of history but haven't been back since I started quilting. It opens up a whole new world regarding history.
I can't believe she only recieved $1 for all that embroidery? Women are so undervalued....still.
Have a nice weekend!

Sam---she didn't even get to keep the $1. It went to charity. Earning money was so unseemly.

Those music notes are so precise! Amazing quilting. Had to shield my eyes from the hexagon one - that's one bright quilt! Cheers Barbara.

Nernie....I have few ideas as to what his or her real name might have been. But you have a good point about the pair.