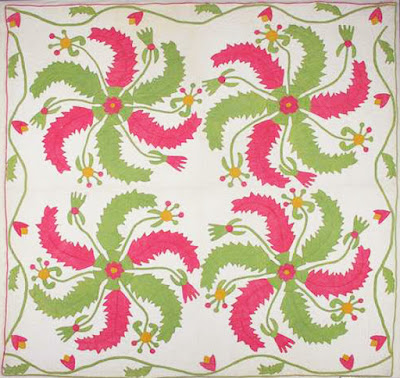 This flamboyant feather quilt in the collection of the Ohio Historical Society
has a Civil War story connected to the classic Civil War raiders tale,
but it's a Northern quilt. The maker was Prudence Wells (1830-1906), probably of Wilkesville, Ohio,
a small town east of Cincinnati and southwest of Athens.
See the quilt here:
http://catalog.ohiohistory.org/Presto/content/Detail.aspx?q=cHJ1ZGVuY2U=&ctID=N2IxOTczM2EtNmQ5Yy00MDc3LTljYmItZjcwZTI3N2ZlYmNl&rID=NDIyMDg=&qcf=&ph=VHJ1ZQ==&bckToL=VHJ1ZQ==& 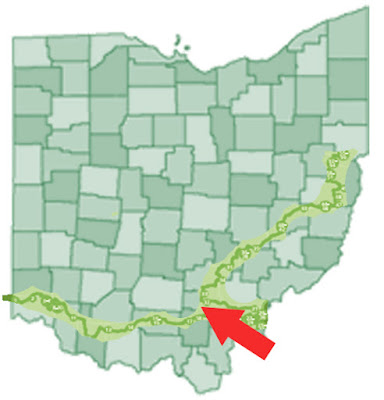 Map of Morgan's July 1863 Raid through Ohio with Wilkesville at the arrow.

The family story:  Prudence had this quilt in the frame when Brigadier General John Hunt Morgan's Confederate troops raided Indiana and Ohio in July, 1863. Morgan himself led a brigade through Wilkesville one night where they emptied stores and private storerooms, terrorized locals who had abolitionist reputations and demanded supper. 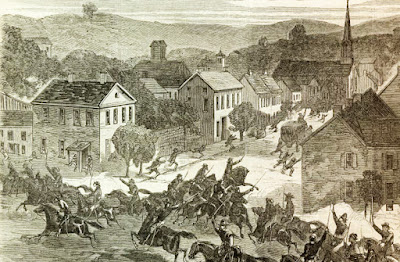 Ohioans were shocked and unprepared to be the target of Confederate troops. The local 19th-century county history tells the story:

"Wilkesville had the rather equivocal honor of being in the track of the dashing raider in his brilliant but disastrous march through Southern Ohio. When it became evident that our State was really invaded, the Governor called out the militia.... Wilkesville militia were fortunate enough to get a soldier to command them...more fortunate than some of the companies which were commanded by honest farmers who had never seen a regiment in line and were captivatingly innocent of all knowledge of military tactics.... On the 17th of July, 1863, the news came to the town that the enemy was approaching on the Jackson road. It flew like wildfire, and every tongue had something to add to the tale of murder, pillage and wanton destruction. One would have thought that Gen. Morgan's army were veritable ogres, rivaling the diet of the noted...King of the Cannibal Islands. 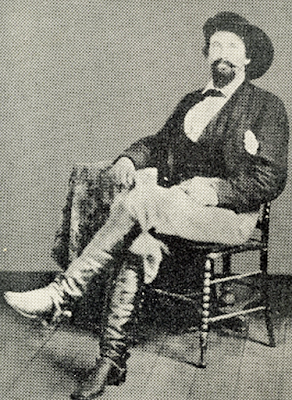 One thing was certain, the hotly pursued fugitives wanted fresh horses, and took them wherever they could find them. The few men who were at home took their horses to the woods and remained till the invaders had departed....The girls hid their jewelry. Some of them buried it in the garden, so that it might be perfectly safe; in fact they hid it so safely that they have never been able to find it since. Bed clothing and wearing apparel were concealed where possible."

Morgan was soon captured and imprisoned in the Ohio State Penitentiary from which he escaped six months later. In September, 1864 he was killed during a Union raid in Greenville, Tennessee. 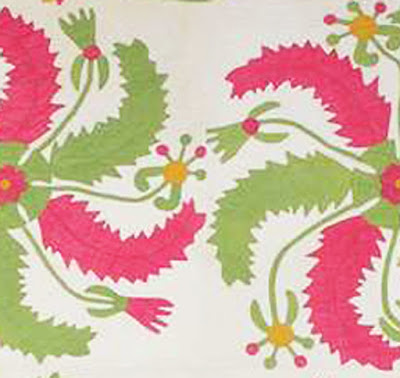 Prudence's pattern is as dashing as the General with additional
shapes between the feathers or leaves.

The family history about Prudence Wells's quilt is a little confused about where she lived (Wellston? as the cataloguing information reads) but the story sounds plausible given Morgan's night in Wilkesville, where Prudence is recorded as living. The red and green applique is perfectly suited to Ohio as is the variation on the design we call Prince's Feather. 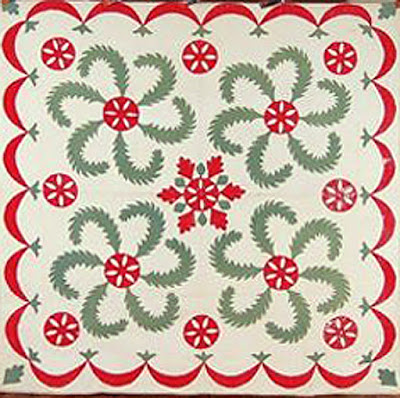 
The basic pattern was extremely popular in the mid to late 19th century but Prudence's version is unusual. 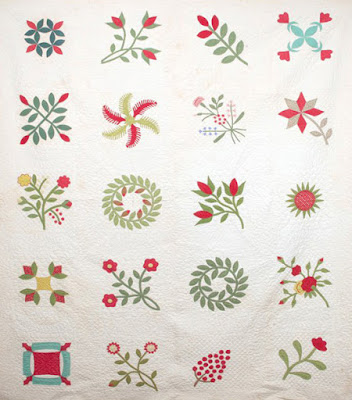 As a block in an Ohio sampler 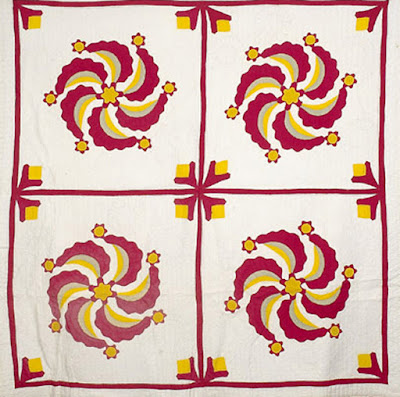 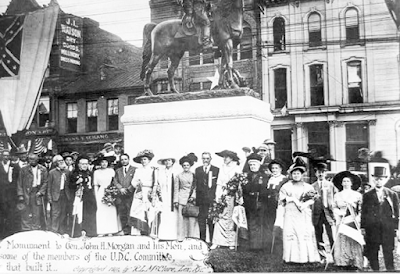 Library of Congress
Dedicating a statue of Morgan in his home town of Lexington, Kentucky, 1911.

Morgan's Confederate Memorial has very recently been moved from the old courthouse downtown to the Confederate section of the Lexington Cemetery where he is buried.

Follow Morgan's Ohio raid to Wilkesville and beyond in the book Morgan’s Raid Across Ohio: The Civil War Guide by Lora Schmidt Cahill & David L Mowery.
Here's a preview:
https://books.google.com/books?id=KkkPCAAAQBAJ&dq=john+hunt+morgan&source=gbs_navlinks_s
Posted by Barbara Brackman at 6:00 AM

Beautiful quilts! Always love any stories that come with them!