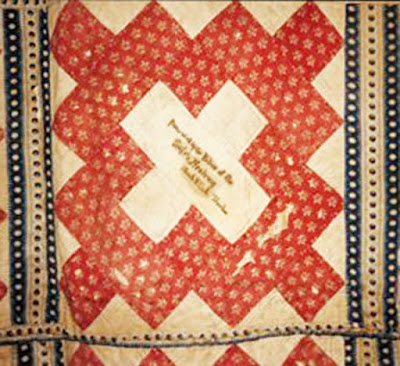 "Presented by the Ladies at the Salem Academy, Miss A..... teacher."
The name may be Miss A.R. Dall
New Jersey's Salem Academy was founded in 1818.

This month's pattern for the Antebellum Album BOM is the very popular Chimney Sweep signature design. Here's a quilt with a connection to a school and the Civil War. 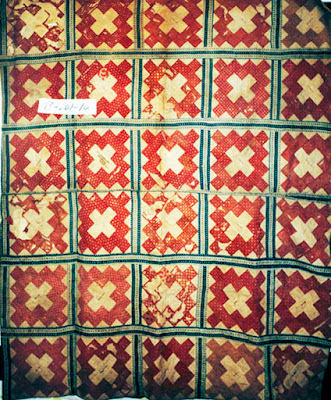 The quilt is in the collection of the Salem County Historical Society in New Jersey and was documented in the New Jersey project. Notes say, "Quilt was carried through the Civil War by Captain Henry Chew." 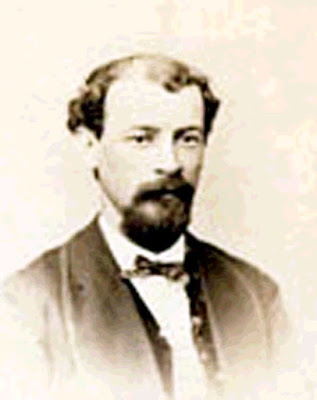 According to the Camden County history Henry Chew attended the Friends' Academy in Salem. (Salem had several schools---the quilt says Salem Academy.) He became a wheelwright, a specialty carpenter, before he enlisted in his early twenties. After the war he practiced as a dentist, marrying Marietta Fogg (1845-? ) on December 6, 1868. They had two daughters Helen and Mary. 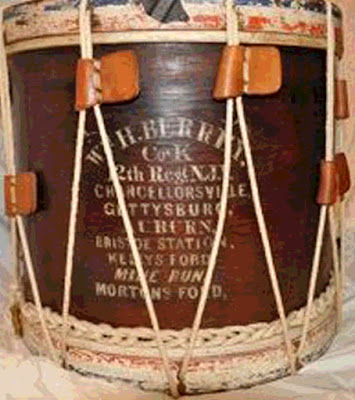 Drum with a record of the 12th NJ Regiment Battles. 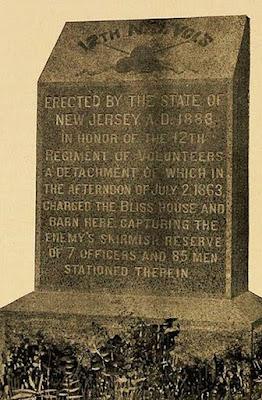 Why Henry in his teens or early twenties deserved such a quilt is unknown. The Quilt Index records say that some of the names on the quilt are Lippincott and Richmond.
http://www.quiltindex.org/fulldisplay.php?kid=4A-7F-CA5 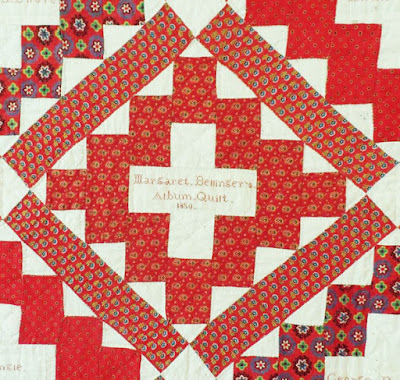 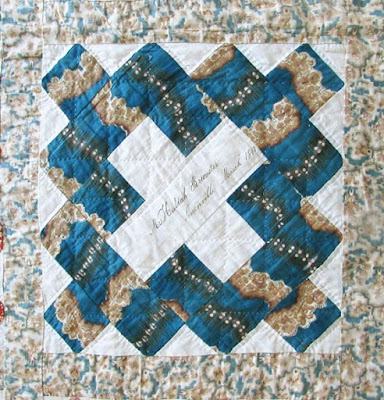 In the fad for friendship quilts it was something of a late-comer, however. Other patterns were fashionable beginning in 1843 but this one doesn't show up until 1847. 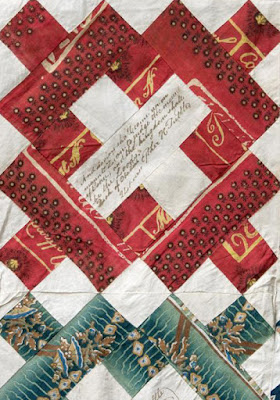 Blocks dated 1847 to 1854 in a quilt top in the Connecticut
Historical Society from Hartford, Enfield & Fair Haven 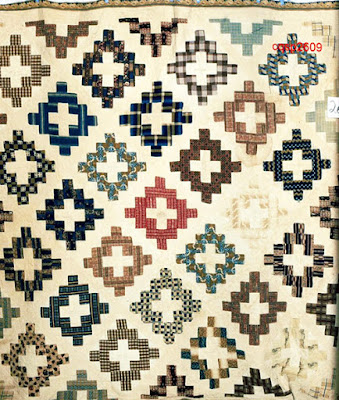 1847, Connecticut, Found in the Connecticut project.
Photo from the Quilt Index

I have several examples of Chimney Sweep designs with blocks dated 1847 but haven't seen any earlier. 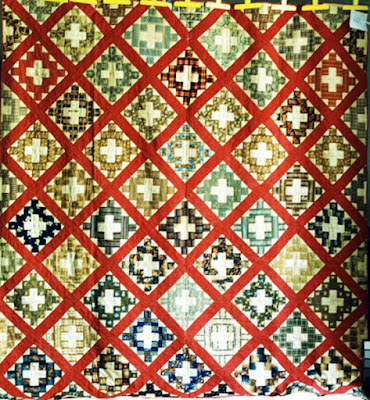 1847 on the blocks, Hopkinton, Rhode Island
Found in the Rhode Island project.
Photo from the Quilt Index

"For such readers as in their youth missed the precarious joy of climbing on roofs and thus becoming intimate with chimney tops, it may be of interest to add that the blocks of the 'Chimney Sweep', made of brick shaped patches and squares, have a not unduly far-fetched resemblance to the opening at the top of the oldest type of American house chimney."

See more examples at this post:
http://civilwarquilts.blogspot.com/2013/08/civil-war-reproduction-album-quilt.html
Posted by Barbara Brackman at 6:00 AM

A classic block and a good story, thanks for sharing.

Nice and easy blocks, I already made mine, in two colors options.
Very interesting story, specially for the quilt carried in the middle of a war!!!