A Quilt for Jefferson Davis 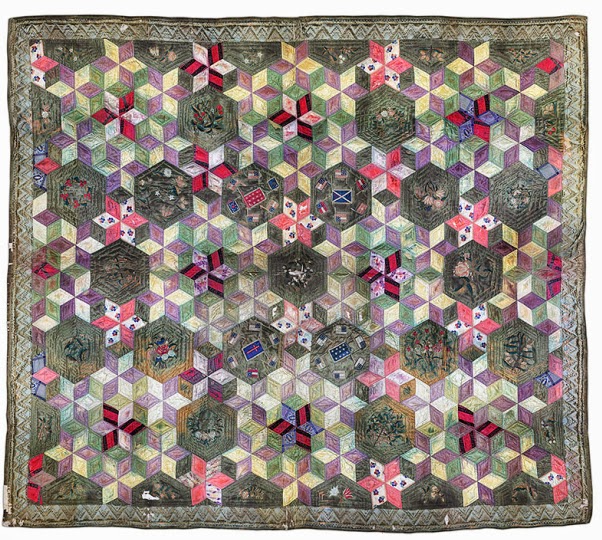 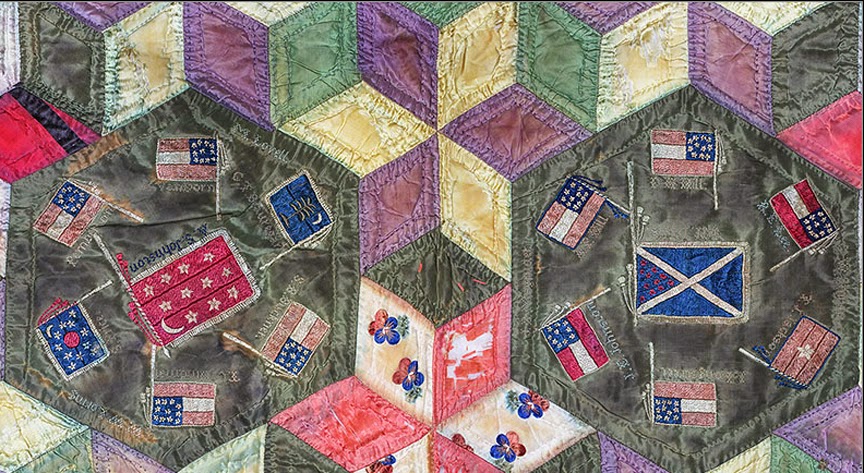 The large hexagons between the stars are decorated with
embroidery. A few have Confederate flags embroidered
over officer's names. 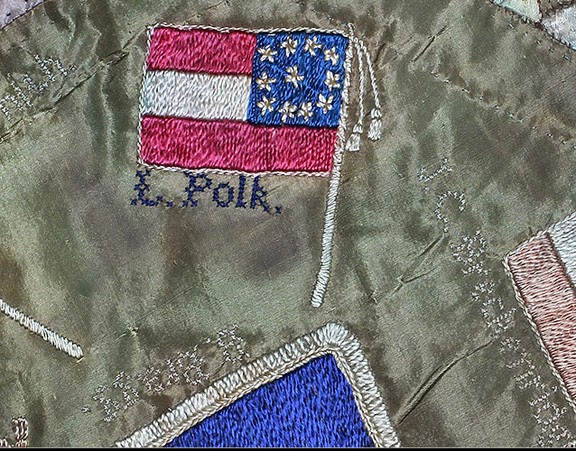 A flag for General Leonidas Polk.

This quilt is undoubtedly the "Crazy Quilt" described in the New York Times article below. 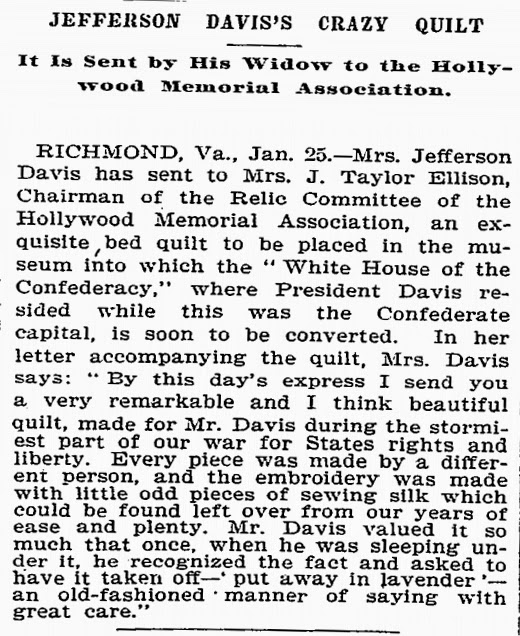 Davis's widow Varina Davis donated it to the Hollywood Memorial Association (now the Museum of the Confederacy) in Richmond in 1895. It's not really a crazy quilt, meaning random shaped pieces, but people often refer to embroidered silk quilts as generic "crazy quilts."

The Museum's Ann Tidmore described the quilt in a blog post. The star quilt was "made for President Davis by 15 women of Richmond, including Varina Davis....The ladies made it for the President during the stormiest part of the 'War For States Rights'. Every piece was made by a different person, and embroidered with pieces of sewing silk left over from the years of ease and plenty. Once when President Davis was sleeping under it, he asked that it be taken off and 'put away with lavender' which is an old fashion term which meant 'with great care'. 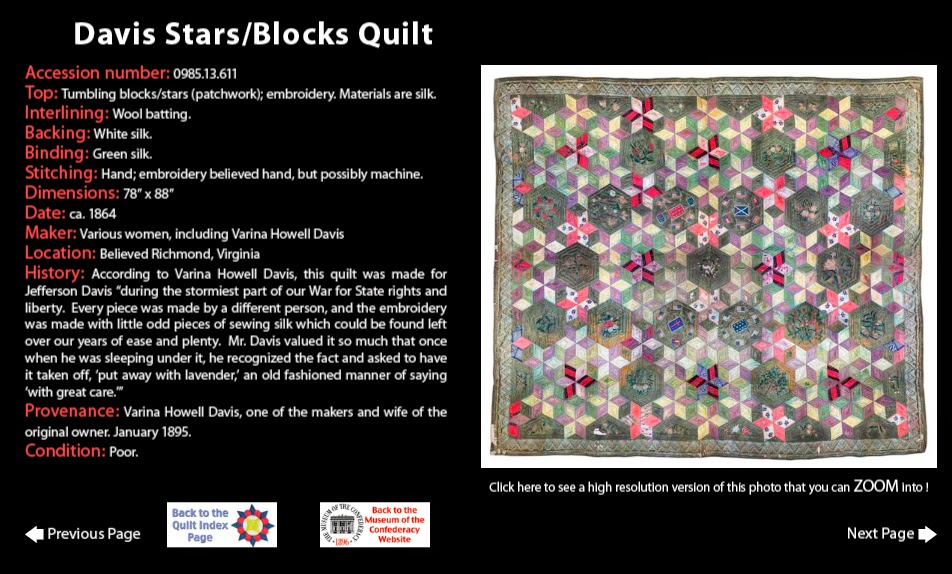 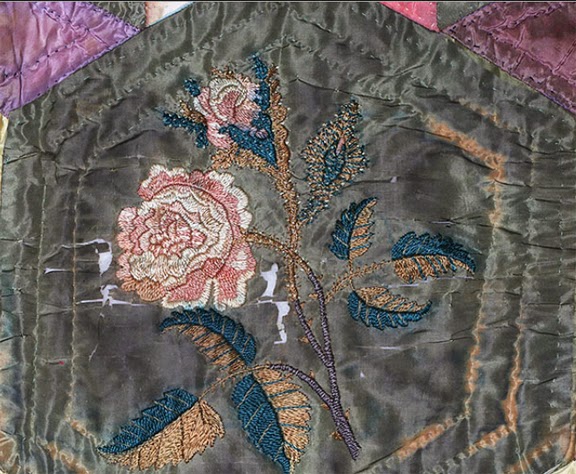 The quilt is in poor condition. Those weighted dress silks just don't hold up over time.

See a fabulous photo at the Museum of the Confederacy's website. Upload their quilt file and then scroll through till you find this one. Enlarge it and you can focus on small details.

For more about another silk quilt in the collection, this one the sole work of Varina Davis, see these two posts:

"[T]he years of ease and plenty" for who exactly? Sadly these quilts are a symbol of ill-gotten privilege and luxury, gained at the expense of millions of lives in brutal servitude.

I have the Varina Davis biography by Joan Cashin that you recommended earlier sitting on my To-Be-Read pile. Both this crazy silk and her butterfly quilt are amazing!

Thank you for sharing another lovely quilt and it's story. I enjoy the history of the works you bring to your blog

Those were different times, but the care and the spirit of giving is timeless. We can not fully understand what the Civil War was, as we weren't there. History is an imperfect study. But the Ken Burns TV Civil War series, shown on PBS in the 1990s, stated each state was more less a small country. And they believed they each had 'states rights' in dealing with what went on and what laws etc were legal in their state. You would be a Virginian, or New Yorker. It was only after the war that we began to think of ourselves as Americans, as one people.

I had read that when silk was bought by weight, the fabric had been washed in water with lead in it. This actually made the fabric heavier, thus costing more. IS this what you meant way 'weighted silk"? If I am remembering correctly, the lead water wash also hastened the deteriation of the silk.

Barbara thank you so much for your work, blog and sharing with us your knowledge.
JulieinTN