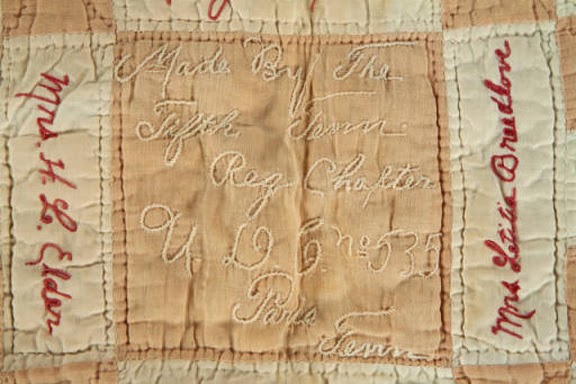 "Made by the Fifth Tenn. Reg Chapter, U.D.C. No. 535, Paris, Tenn."
The center square is embroidered in white thread 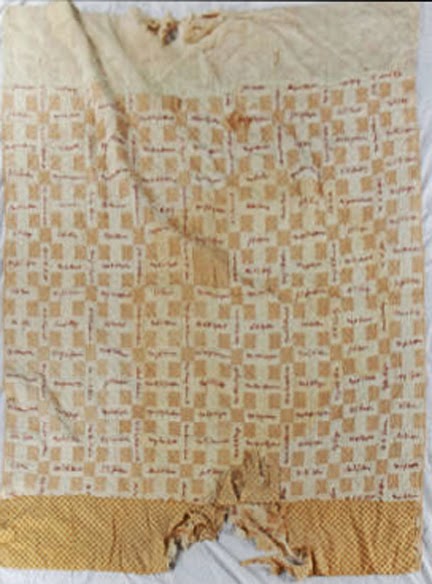 The quilt was made by members of the United Daughters of the Confederacy at the turn of the century. Names include Civil War veterans who fought for the South plus Paris, Tennessee, community members. The museum's description:

"Each 6-inch by 2-inch rectangle contains the name of a Confederate soldier, son or daughter sewn in red thread in cursive writing on a white cotton background." 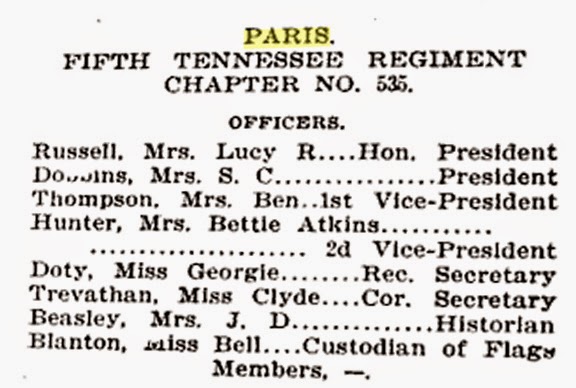 A 1907 list of the officers at the Paris chapter. 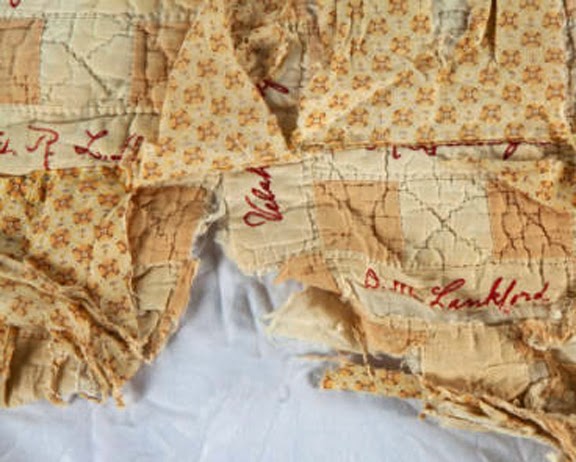 The quilt is obviously in bad condition. Someone has stitched two strips to the top and the bottom,
perhaps to cover up the damage, perhaps to function as protectors for the edges of the quilt. The printed "beard protector" chosen to march the tan squares did not protect the quilt from mice. 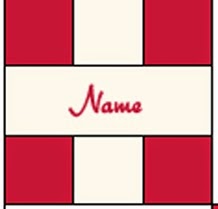 It looks like the block is based on the 1:1:1 nine patch with a strip in the center for a name embroidered in Turkey red cotton thread. Each square finishes to 2", the name strips to 2" x 6".

The thread is probably genuine Turkey red thread, which holds its color. Perhaps the pinkish tan squares were once red too, but it was hard to find genuine Turkey red cottons at the time. Many red fabrics faded to this particular pale orange shade. 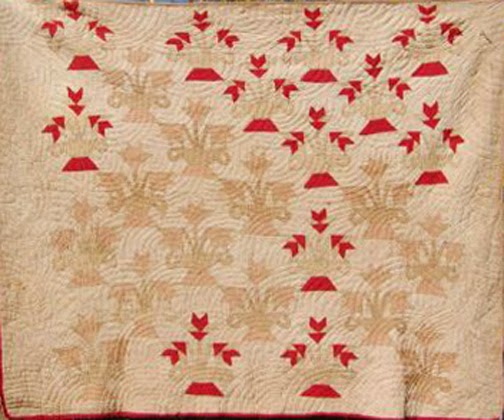 In the basket quilt from the same time,  the fabric was a combination of  colorfast, natural Turkey red cottons and red solids dyed with the new, fugitive synthetic dyes. The reds may have looked the same in 1900 but time has sorted them into fast and fugitive. 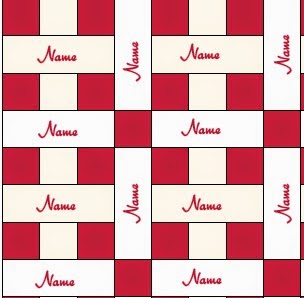 The blocks were set with a sash the same size as the squares and rectangles in the block. Names were embroidered in the sashing rectangles too. I imagine when it was new it was quite a handsome red and white quilt. 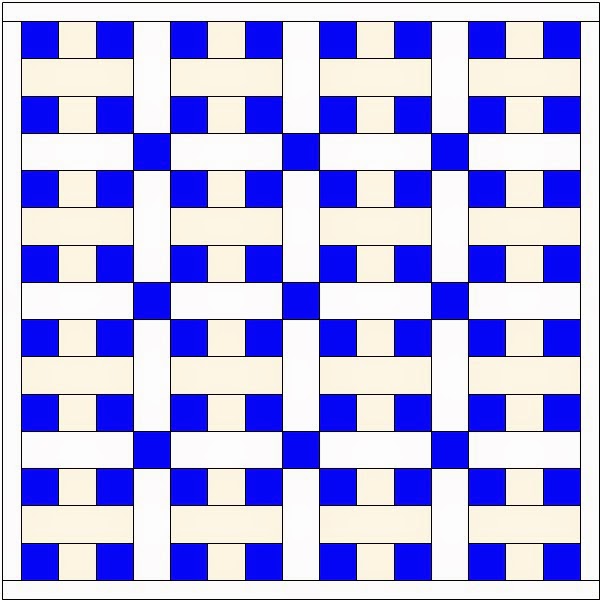 But it might have been blue and white with red names. Blues if they
were not indigo blue or Prussain blue faded too.
I doubt the commemorative quilt was intended to be the subdued design we see now.

I know quilts with signatures like this aren't what you would necessarily want to hang on the wall or display at home, but I'm sad when I see them sell for virtually nothing on eBay to go on to who knows what fate. They are wonderful monuments to the soldiers of our past as well as to the women who were making an effort for the older veterans around the turn of the century to afford them pension protection which had earlier been lacking and to fund Old Soldiers Homes which were also needed. Tho such quilts aren't rare (now anyhow but they might soon be gone), I see them as having historical significance. I wish they could all be picked up by museums and other institutions and preserved, as fortunately was the case here.

Terrific post Barbara. Happy to hear a member is planning to trace the names on this quilt. Imagine how many never came home, literally. Such a sad sad time.
JUlieinTN