Entertainment in a Hospital Ward

In 1865 Frank B. Goodrich published a history of the homefront in the Civil War,  The Tribute Book A Record of Munificence, Self-Sacrifice and Patriotism of the American People. Dozens of illustrations by various artists were included.

The illustrations give us information about the war work. 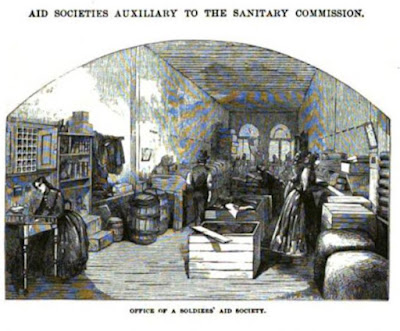 Showing us much about the relief agencies... 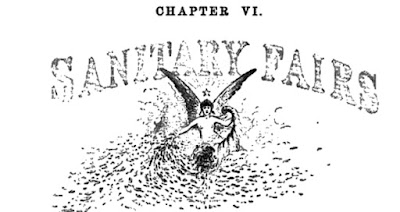 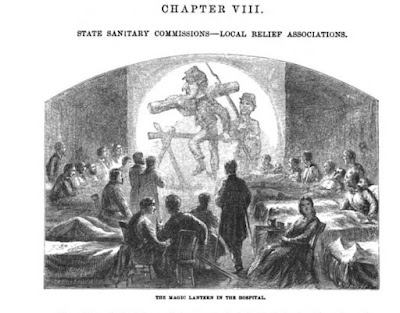 Entertainment in the hospital wards (at least this ward) was provided by Magic Lantern slides. The technology had been available for years. The Magic Lantern projector projected glass plates using a light fueled by alcohol or oil. 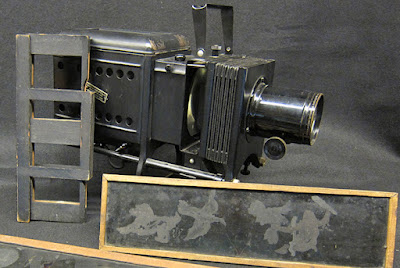 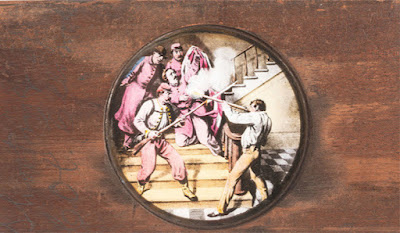 Magic Lantern show in Baltimore a month before the war began. 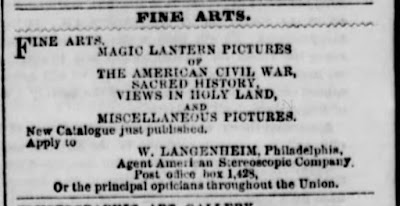 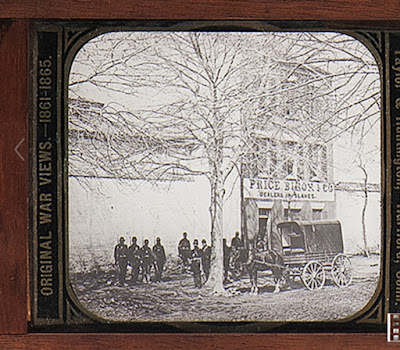 Magic Lantern slide
Once the war began, photos and sketches of the army and the conflicts became the topic of many a Magic Lantern show.

I had never heard of the Magic Lantern. Very interesting! Thank you!