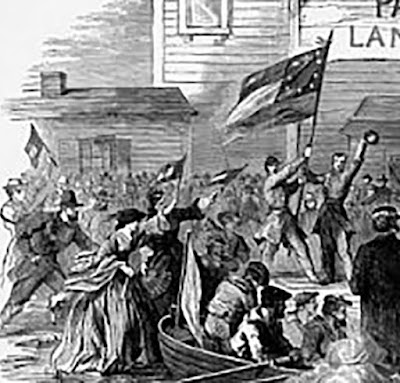 New Orleans
April 20, 1861, "The political news is so important and occupies the minds of all."
Salomon de Rothschild visiting Louisiana a week into the Civil War. 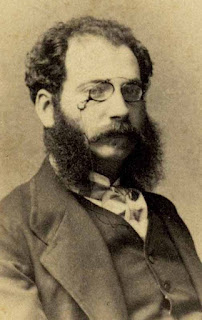 Salomon James de Rothschild (1835-1864)
Parisian heir in the famous banking family, he toured the United States for a few years beginning in 1859. He was addicted to gambling the Rothschild money on the stock exchange and his father hoped the visit might settle him down (a rather foolish goal for a rich Frenchman in his twenties traveling with a ten-person entourage.) Salomon met diarist George Templeton Strong in Philadelphia who was rather scandalized by his "lewd talk and nude photographs."
Salomon wrote letters to his cousin (copies in the Library of Congress), informing him that he got along well in the French town. New Orleans was not Philadelphia, plus his sympathies were with the new Confederacy.

"Everyone still continues to be very nice toward me and tries to show that the South is not inhabited by savages..." 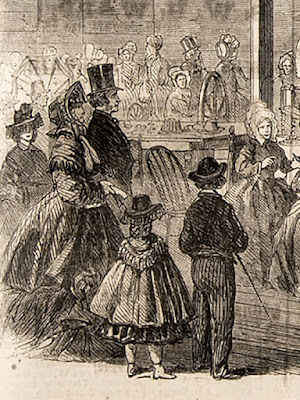 "The great rage in the Confederate States and in the United States is to organize fairs. The ladies devote themselves to this project with an ardor worthy of our most indefatigable alms collectors." A "table" selling flowers at a fundraising fair

"If you don't go there, they maltreat you; if you do go there, you are 'taken for a ride' but I must admit that the women merchants are quite pretty, and that they have everything they need to rob you. Some of them sell, others work the lotteries, and the prettiest are at the refreshment or the supper table. I saw one of these ladies asking twenty-five piasters for a chicken wing! In this way they do a good business for their cause..." 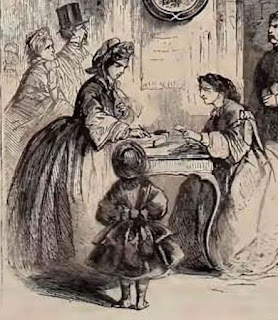 Read more about Salomon who died at 29 and really didn't amount to much. We can be grateful for his observant letters with a view of the U.S. when traditional ladies' fairs were just beginning their eventual Civil War popularity.
http://www.jewish-history.com/Salomon/index.html 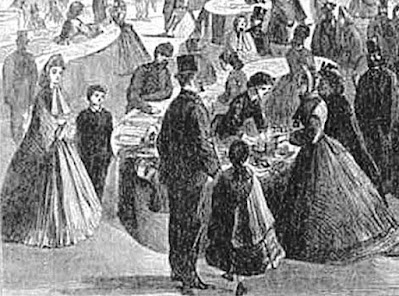