Single in Boston Before & After the War 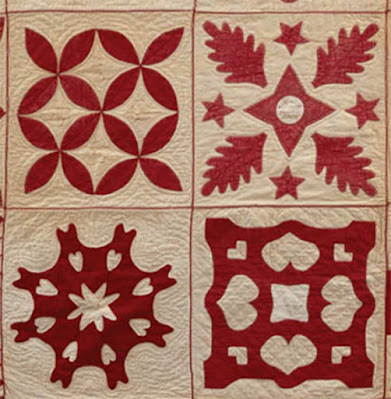 International Quilt Museum Collection 1997.007.0859
Turkey red on white signature quilt dated 1850 & 1851, Boston, Massachusetts
37 signatures, most affiliated with the Methodist Episcopal Church.
Looking at Boston-made quilts brings up a curious fact about the city's 19th-century female population.
See some discussion of Cambridge in Boston last week:
https://civilwarquilts.blogspot.com/2022/04/the-banks-brigade-of-cambridge.html
The 1850 Massachusetts census shows the state with nearly 20,000 more women than men. Twenty years later there were 50,000 more women than men and in 1880: 66,000 more. Boston seems to have been the place with the greatest gender imbalance. 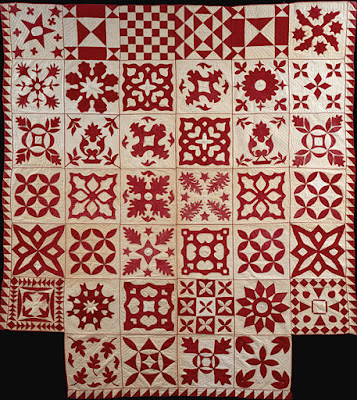 The city's 1845 census showed that 30% of women over 60 had never married. What's more: 70% of that group were living without husbands. 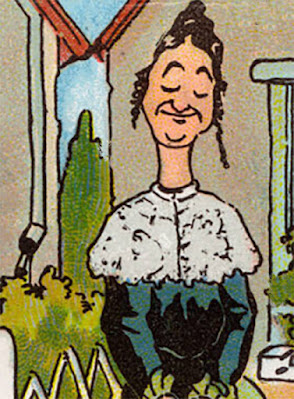 Giving rise to the unfortunate cliché of the New England spinster. 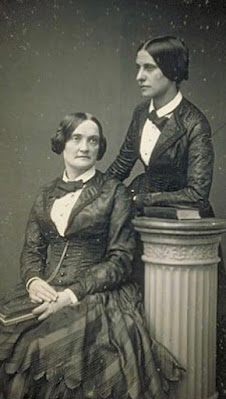 Charlotte Cushman & Matilda Hayes
And explaining why a pair of female domestic
partners maintained what was called a
Boston Marriage. 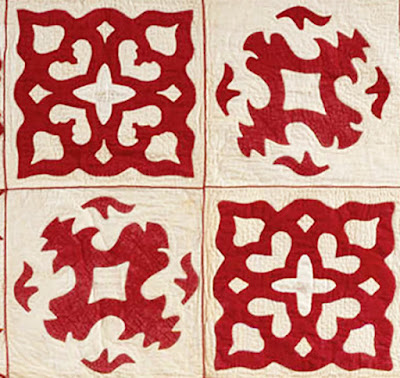 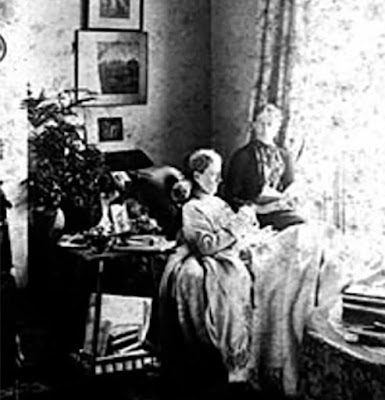 Bostonians Alice James and Katharine Loring in their English home
Alice and Katharine were born at the end of the 1840s, coming of marriageable age right after the Civil War had killed 600,000 men North & South. They may have viewed the "surplus woman" problem as a blessing as they were quite happy relying upon each other for their emotional lives.
There was a shortage of men for young single women looking for the traditional life position and for all the widows who hoped to remarry. 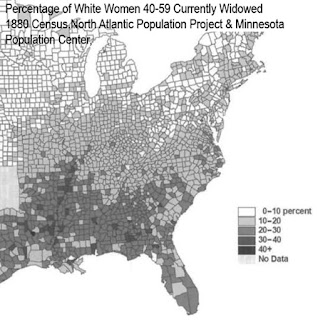 The 1880 census tells us that the percent of post-War widows was greatest in the South
but New York City and the Boston area are also shaded here.
One other factor in Boston was the Western migration that began in the 1840s. 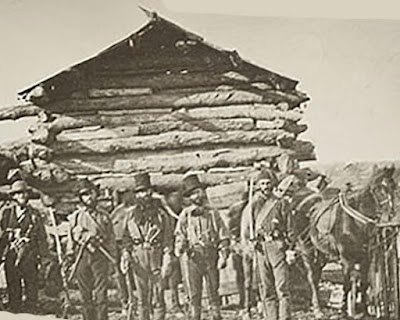 1856 Lawrence, Kansas Museum of History
There was no shortage of single Massachusetts men in my Kansas town in the late 1850s. 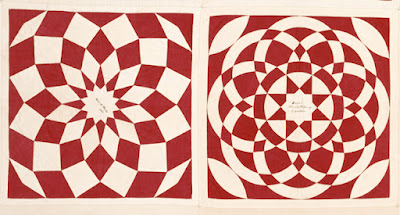 Historic New England Collection
Another red and white quilt, this one made by Boston's Howard Sunday School members. Ten blocks have names and it's dated 1853. 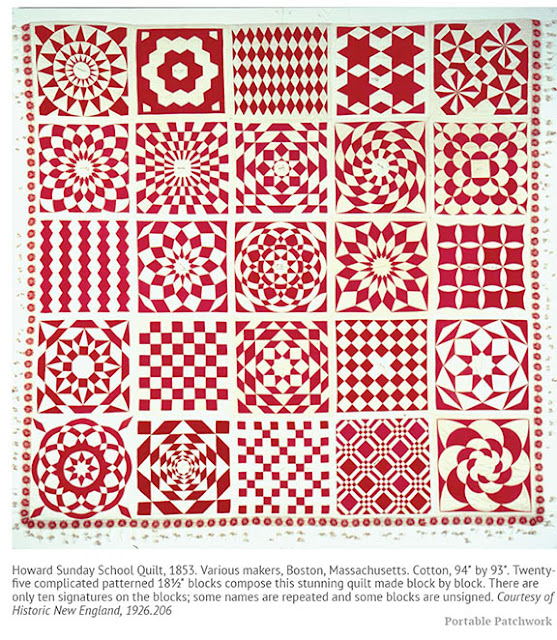 Pamela Week's caption from her book Portable Patchwork on potholder quilts, quilted before the blocks are joined.
Another cliché is that these friendship quilts were made to celebrate weddings.
Demographics should make one more cautious in considering the social context. 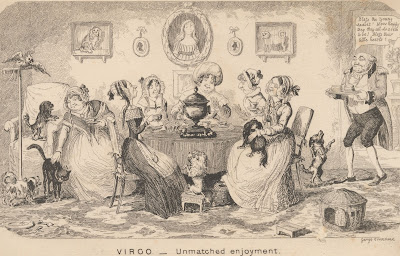 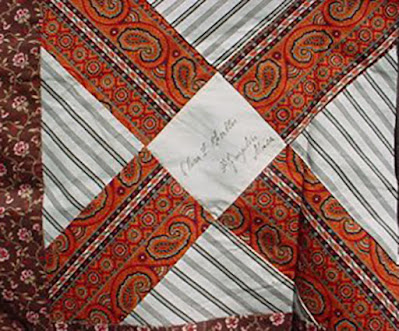 Block by Clara of Plymouth, Massachusetts in a top dated 1875 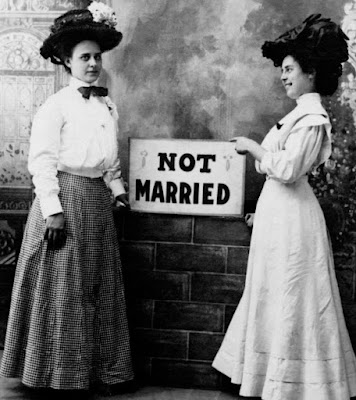 Great post, Barbara. I examined the quilt in the collection of the International Quilt Museum, and it too is made in a quilt as you go technique. There is piping inserted between the blocks which were probably pieced/appliqued/layered and quilted before they were joined.

The Historic New England quilt's blocks are finished knife-edge (edges turned under front and back) then the blocks are ladder-stitched together.

The earliest block-by-block quilt I found is dated 1837-38, also Boston. Still looking for a written reference!