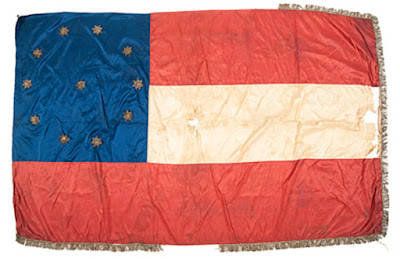 Cowan's Auctions sold this Confederate flag about five years ago. They always do a good job of authenticating and researching their items and the flag is exceptionally well documented. 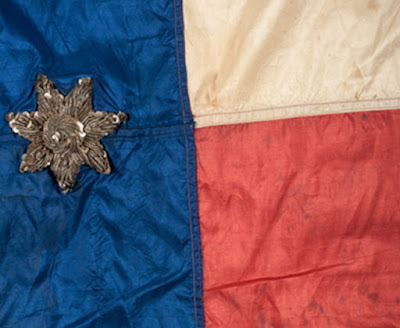 This flag is machine-stitched with the 11 silver bullion stars hand-stitched
on one side and three on the other (8 seem to be missing.) 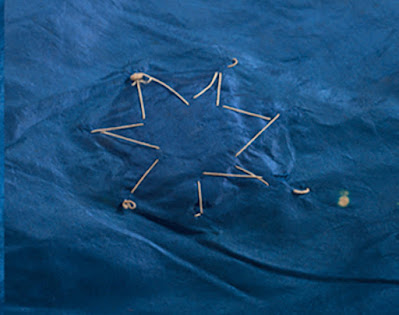 The stars are really just basted on. One can easily see how
they might have fallen off.
Gregory Biggs, a military historian, has done extensive work on the flag's source.
Read his description at the Cowan's site here:
https://www.cowanauctions.com/lot/confederate-first-national-flag-captured-new-orleans-by-captain-edward-w-thompson-1st-maine-light-artillery-battery-a-172926
Women's work during the Civil War on both sides was often focused on making or buying flags to present to the regiments marching to the battlefields. Here we have a case of a  professional seamstress who took advantage of Confederate enthusiasm in New Orleans at the beginning of the war. 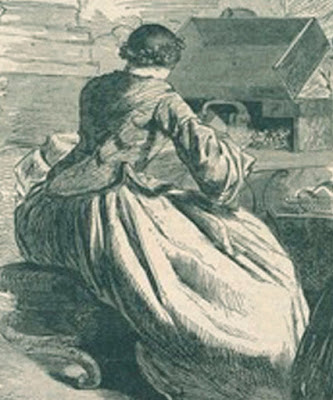 The flag descended in the family of Captain Edward Williams Thompson (1836- 1879) of the 12th Maine Infantry, Company G. Thompson probably confiscated the flag in New Orleans, occupied by General Benjamin Butler's troops throughout the war. Butler banned Confederate flags, which "must be suppressed." Thompson may have taken this flag at the shop of the maker Anna E. Ober (1828- ) who advertised early in the war that she made flags. 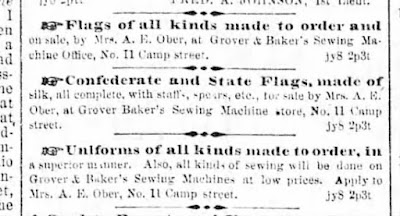 July, 1861
She seems to have worked out of the Grover & Baker
sewing machine dealer at 11 Camp Street run by W.L. Cushing. 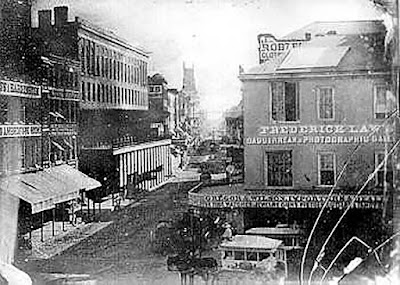 Camp Street, "Our Great Throroughfare," in 1858 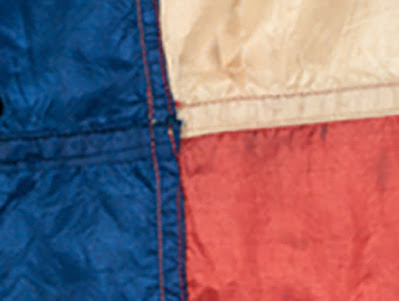 The obvious stitch was an advertisement for the machines. The company had six regional dealers with the Camp Street store
the dealer for the pre-war South.

Anna Ober also volunteered as a nurse early in the war. 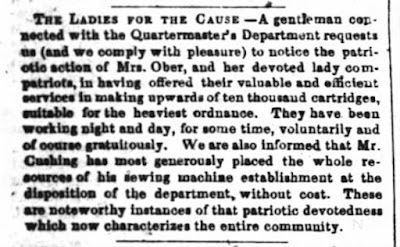 And she and her "Lady compatriots" made cartridges at the store
on Camp Street. A year later the city was under Union rule.
Biggs guesses that Anna Ober had a stock of flags to be sold when Butler issued his ban and this one was never personalized with the name of a regiment. She probably lost several others during a raid on her store.

Anna E. Ober is listed as a seamstress in city directories. The 1870 census tells us her business survived the war. She was a Dress Maker, born in Virginia and lived with A. J. Peck. an older Dress Maker who may be a relative---perhaps her mother. Three males live at their house, a clerk in the shop and a merchant plus J. Prince, a Black boy of 10 who was a domestic servant, perhaps brought from Virginia.

A later city directory lists her as the widow of James Ober. She had one daughter Belle born about 1871 when her mother was in her early 40s. A father and a name change isn't listed but he was Louisiana-born according to the 1880 census which found them living on Prytania Street.

She continued in the dressmaking trade throughout her life.

In 1910 she was 82, living in the Fink Asylum, a charity home for elderly ladies.
While Anna lived her life in New Orleans Edward Williams Thompson's widow Marie Louise  Thompson was looking for her... 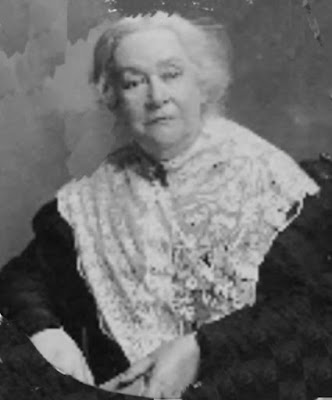 Marie Louise Le Prohon Thompson (1845-1920) from
Family Search
Marie Louise married Edward Thompson right after the war. He became a politician and a welcome guest at many veterans' reunions. 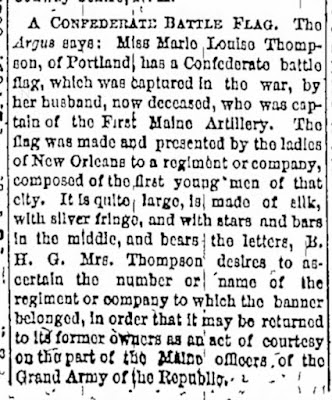 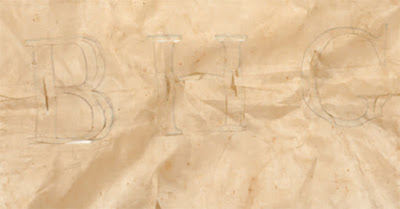 BHG in pencil on the flag
Marie Louise may have been surprised to find that the flag was not made by a group of women volunteers, the assumed source. And it was never given to a regiment. The flag's surprising story certainly gives us insight into one Louisiana woman's work.
Posted by Barbara Brackman at 6:00 AM

I love the history that you unravel for us!