Annie Moseley's Civil War and After 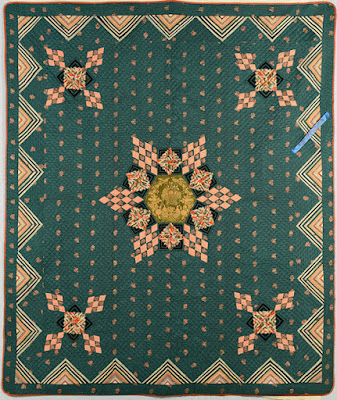 Silk quilt sold at a Case Auction  a few years ago. Notice the blue
ribbon at the top. 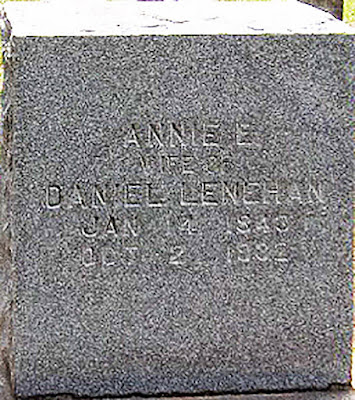 Annie's buried in Decherd.
In 1909 she'd been married to Daniel E. Lenahan (1839-1917) for about 20 years. They'd recently moved to Nashville from Decherd about 80 miles southeast of Nashville. They'd married late after the death of his first wife (Annie was about 50.) Both were Franklin County natives. 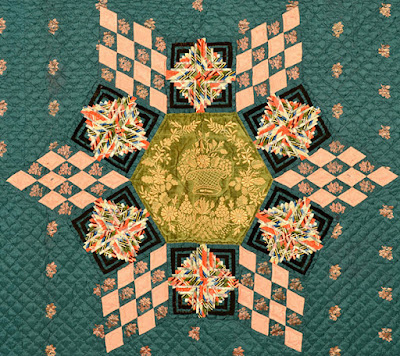 It looks like the quilt combines an embroidered aqua silk with log
cabin blocks and a gold embroidery panel that may have been repurposed
as the center hexagon. 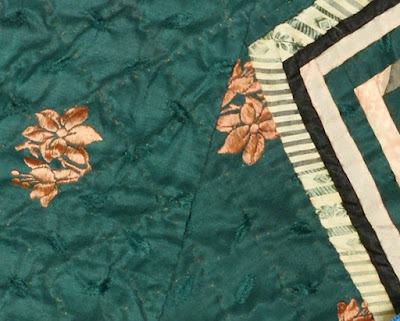 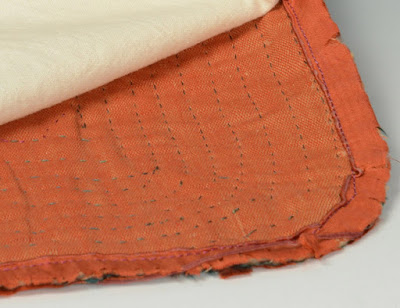 The reverse shows a lot of handquilting.

Annie's obituary tells us she led an interesting life.

She was a registered pharmacist. Above she is listed in 1902
in Decherd. She and Dan ran a drug store there and also kept one in
Nashville for a short time after their move late in life. 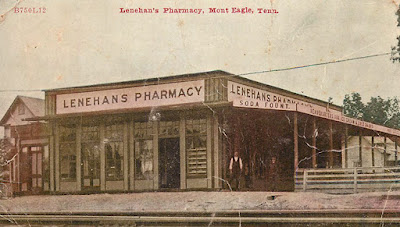 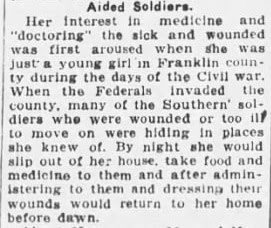 We also learn that she became interested in medicine and pharmacy during the Civil War that began when she was about 16, living at Salem in southern Franklin County, where her father Thomas Moseley was a merchant and farmer. 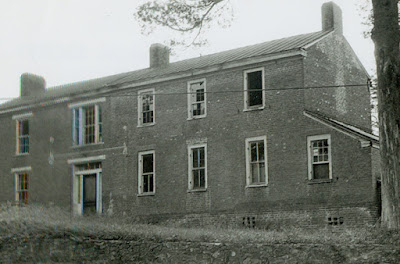 The Hudnall-Simmons-Moseley House, once an elegant dwelling.
On the Franklin County Historical Society's Facebook page Joyce Shelton
tells us her great-grandparents were once slaves at this house.
https://www.facebook.com/page/115132431907277 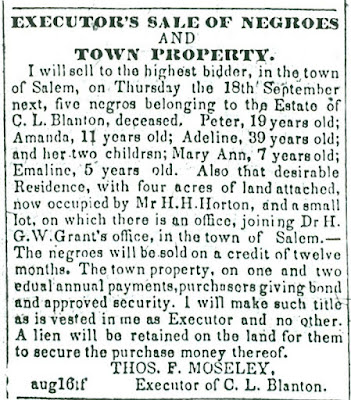 Annie's father selling slaves in 1856
Winchester Weekly Appeal
It should be no surprise that ardent Confederates were slave holders. During the war the Union Army under General Rosecrans occupied the area, which was strongly Confederate. 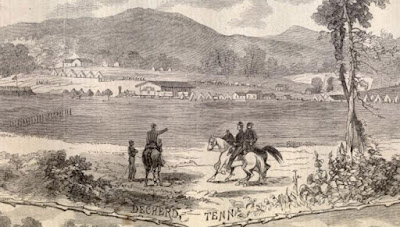 Union troops under General Don Carlos Buell in Decherd, 1862
Harper's Weekly
As a county history tells us: "Franklin County was directly on the line of the contending armies, and consequently her citizens suffered greatly from the ravages of war." Annie must have done her nursing in the years 1862 and 1863. 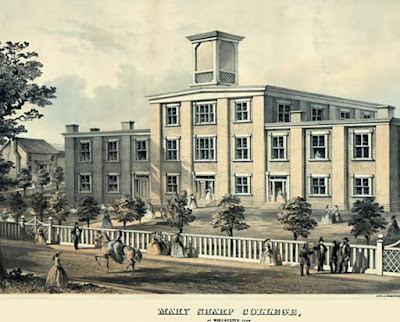 After the war she taught at the Mary Sharp College, not far from home in Winchester, where Rosecrans had his headquarters in 1863. 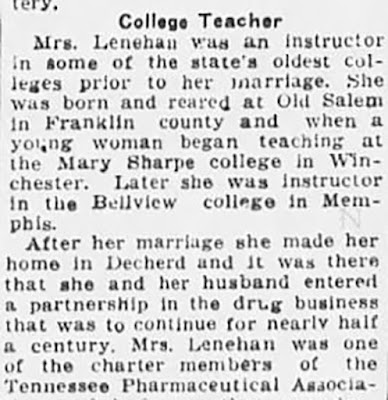 She also owned and managed a flour mill in Decherd.
https://www.findagrave.com/memorial/19322663/annie-elizabeth-lenehan

Sounds like a very accomplished woman who created an amazing quilt. Thanks for getting the whole story!