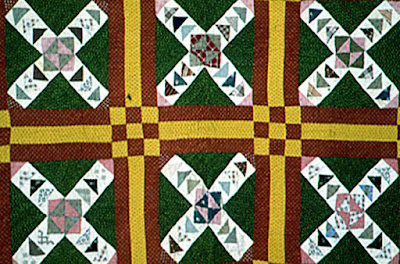 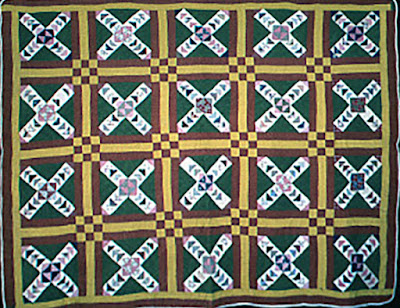 Recorded in the South Carolina project in 1985
https://quiltindex.org//view/?type=fullrec&kid=53-155-155
Family who brought this quilt in to the South Carolina project for documentation believed it to have been made about 1855 by Susanah Day in her late teens, but after looking at many more quilts since 1985 most of us would guess it to have been made 20 or 30 years later or more. Susan, as she was called, was then in her later years. 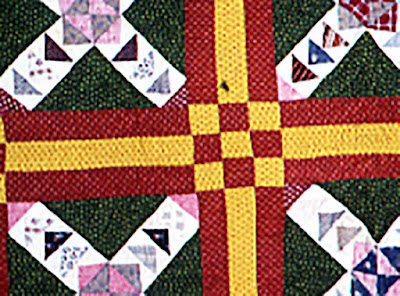 We can't see the fabrics too well but the style with the triple sashing
and 9-patch cornerstone is a hallmark of Southern quilts after 1870 into the
20th century. 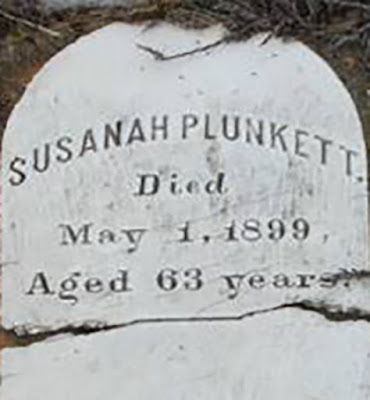 The maker died in 1899 so this might have been her work in her 60s
or made by a younger relative and attributed to Susan.
The Civil War, a huge event in the lives of Susan's generation, often becomes the pivot around which family stories revolve. Families think of quilts surviving the war as many of their ancestors did. 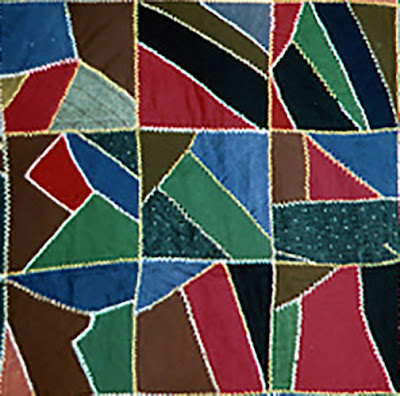 The end of the war in 1865 was a milestone. Family thought
this crazy quilt attributed to Susan was made in 1865, although
the style is post 1880.
Her Civil War must have been traumatic. She was about 25 when the war began, married to farmer Michael Bodie with whom she had two young children and looking to "be confined" soon, as they called giving birth. Three months after the war began she had a son Emory Fuller Bodie (Bodie is a hard name to spell, so we see it as Brody, Body and Brodie.) 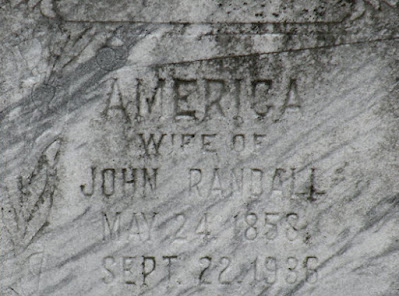 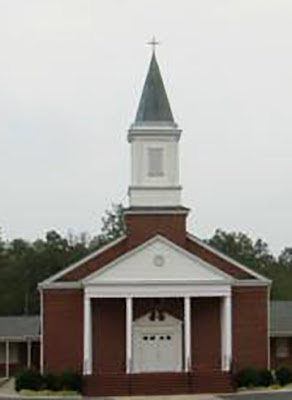 For generations the family has lived close to Aiken's Shiloh Baptist
Church (here in its current incarnation.)
Private Michael Bodie, 28 years old, was killed August 8, 1864 in Virginia while serving with General Johnson Hagood's Brigade in the Siege of Petersburg. 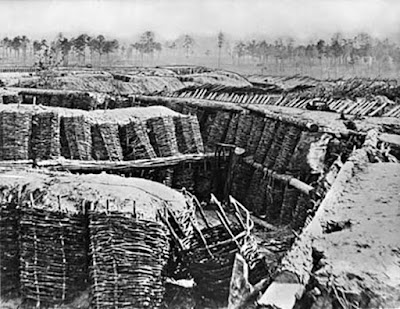 Fortifications for trench warfare at Petersburg
His grave: https://www.findagrave.com/memorial/104369398/michael-bodie
He also has a marker in the Shiloh graveyard. 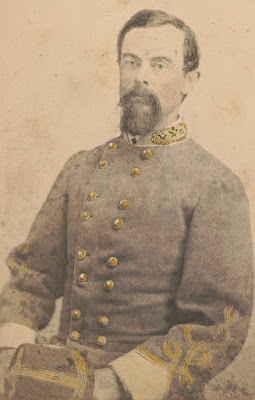 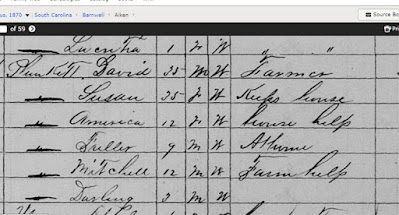 The 1870 census shows that Darling Plunkett is a boy.
David must have had children from a first marriage, Fuller & Mitchell.

In 1880 the census shows the family complete with youngest
son Lovie E [Lovett Everett Plunkett] four years old.
The Plunketts never seemed to be prosperous farmers. Susan and her quilts are of the yeoman agricultural class of the rural South. The Quilt Index shows two that family brought in.

Her great granddaughter inherited these two and told the interviewer they were "kept for years carefully folded between mattresses" and recalled many others with four "in good condition....This owner has two, sister has two. Another just like [the flying geese quilt] owned by...another great-grandson....Could have made one for each child"
Aiken about 1860, Aiken County Historical Society 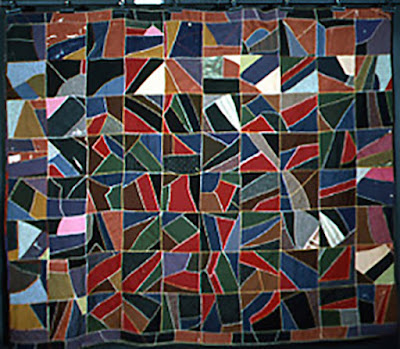 The crazy quilt's owner seems to have had a lot of family
emotion invested in the quilt she thought made by a widow with
three small children right after her husband was killed in the war.
She characterized her heirloom as
"Beautiful, Special - shows courage of maker."
https://quiltindex.org//view/?type=fullrec&kid=53-155-156
So we are not going to tell her that the utilitarian crazy quilt with its mixed fabrics of wool, combination fabrics and cotton prints with minimal embroidery is far more likely to be from 1900 to 1940. And that makes it unlikely to have been made by Susan Day Bodie Plunkett who never saw the 20th century.
Posted by Barbara Brackman at 6:00 AM