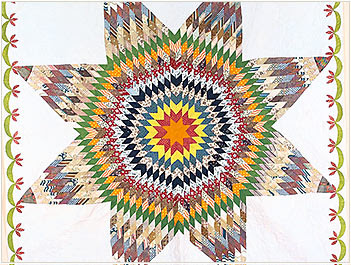 Mariah Etheridge was born in Lawrence County, Tennessee, down by the Alabama state line where she married James Anderson Reddell when she was in her teens in 1845. Her first three children were born there; her fourth named Tennessee was born in 1852 in Arkansas, indicating the Reddells went west between 1850 and 1852. . 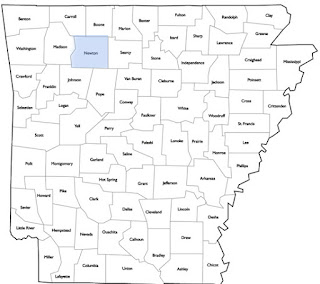 Like many, Mariah moved with her extended family. Ethridges and Reddells settled in the Arkansas Ozarks in Newton County where the central town was Jasper. Their farm was on Brasel Creek, which flowed into the Buffalo River. 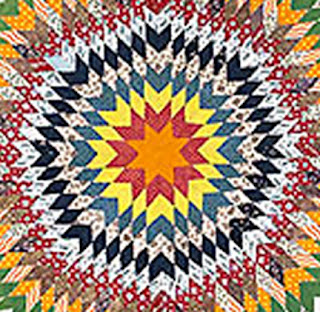 We don't have a great photo of Mariah's quilt, so cannot
determine the date from the fabrics. The caption dates it to Ca. 1860,
after Mariah's move from Tennessee. 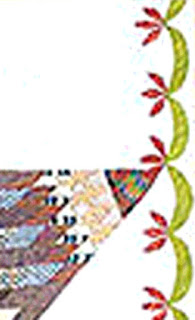 Details like the red & green appliqued border support that date.
Did Mariah make this quilt in Arkansas or was it brought from
her Tennessee home? 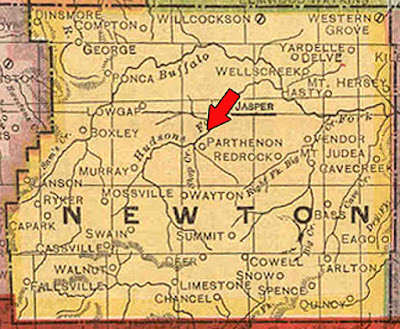 Mariah is buried in Union Hill Cemetery in the town of Parthenon.
The name Union Hill indicates local sentiment.

When the Civil War broke out Arkansas suffered from divided loyalties. In isolated Ozark communities with roots in the deep South the sympathy was Confederate. The battles in this part of the west were mostly guerrilla-style attacks on Union supply chains with Jasper's Sheriff John Cecil a Confederate leader. Cecil's guerrillas harassed the Union Army enough that the Arkansas Cavalry burned the town in 1864 while failing to flush him out. 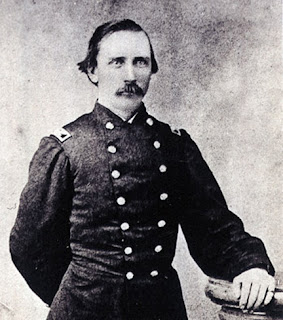 At the age of 40 James Reddell joined the Union Army enlisting in the Second Arkansas Cavalry in February, 1864, headed for Springfield, Missouri. At the time Mariah was nine months pregnant with her ninth child (Perhaps the promise of a $300 bounty for enlisting was his motivation.) 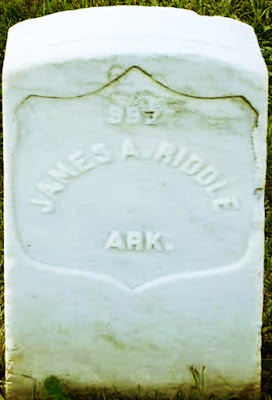 Private James A. Riddle of Company D,
2nd Arkansas Calvary, is buried in the National Cemetery
in Springfield, Missouri.

William Anderson Reddell was born on February 11; James caught a fever and died a little over a month later. The children grew with the help of a Union soldier's pension.

Mariah in the 1870 census, keeping house for her 8 children at home.
Son Calvin at 13 was a farm laborer.

Ten years later Mariah moved with her younger children to Valley Mills in Bosque County, Texas, near Waco. At some point in her widowhood Mariah married Nathan Pickens. According to family information on her Find-A-Grave site Pickens had an earlier legal wife. When Mariah discovered his bigamy, "she left him on the side of the road." (Literally or figuratively is not clear.)

She spent her later years with her children in Texas and Arkansas, dying in 1896 in her mid-sixties at her eldest daughter Mary Jane Brasel's home in Newton County. 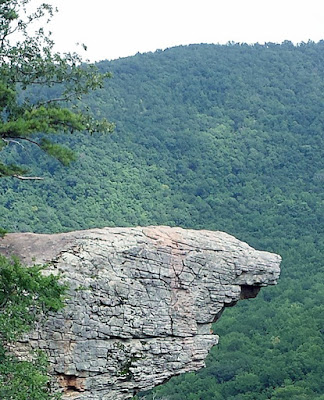