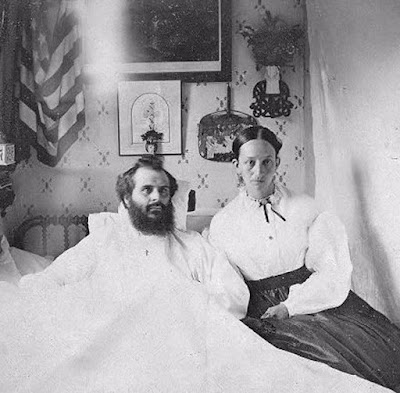 We assume Civil War patient Frank Keyes has been wounded but odds are good he is a victim of disease rather than battle wounds. According to some assessments, 62% of Union Army deaths were caused by disease. Had Keyes been a Confederate soldier the chances would have been 65%. 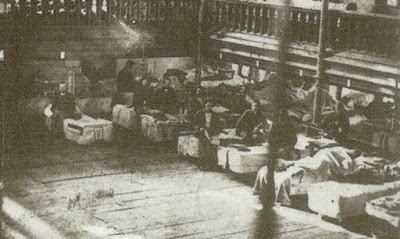 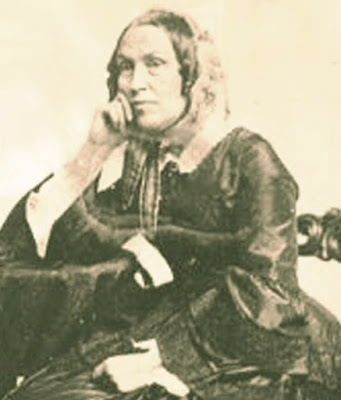 Soldiers admitted to hospitals for rather minor wounds often caught diseases that killed them, as did hospital workers like Hannah Ropes, matron at the Union Hotel Hospital in Washington who died of typhoid in January, 1863. Typhoid almost killed her assistant Louisa May Alcott in the same outbreak. Typhoid had a high mortality rate, killing one third of those who contracted it.

Camp Letterman, a field hospital after the Battle at Gettysburg

Typhoid fever is a disease one comes across often in any reading about Civil War history but since it is rare today in countries with adequate sanitation we don't know much about it. I was surprised to find it is caused by the Salmonella bacteria, which continues to infect our food supply today. But there are several kinds of Salmonella and the highly fatal variation is caused by Salmonella enterica typhi rather than the nontyphoidal salmonellae that cause food poisoning today. 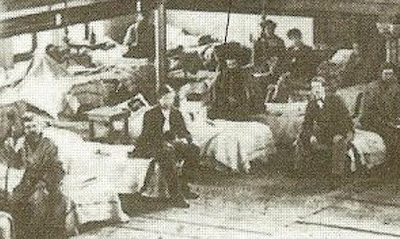 Quarantine was not an option at the Frederick Lutheran Church hospital.
Many of the beds look to be covered with quilts.

Of course, Civil-War-era medicine knew nothing of bacteria or causes of typhoid fever and typhoid pneumonia, which were common names for the illness at the time. 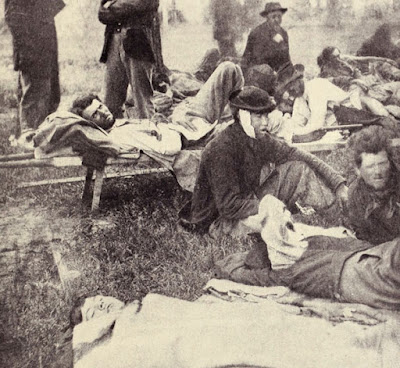 The primary cause is poor sanitation---contamination in sewage and food handling and close proximity to an infected person, none of which they understood. Putting soldiers together in densely populated camps with makeshift latrines and unrefrigerated food was fatal for many. Flies were also a carrier. 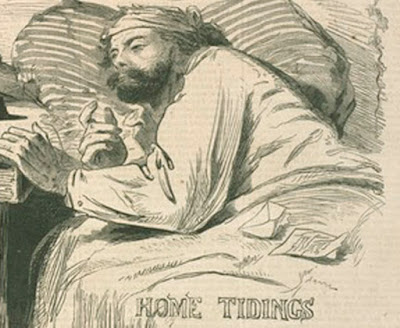 Sending wounded soldiers to wards with infected patients added to the misery. 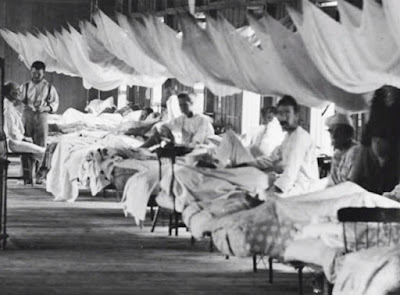 Harewood Hospital, a purpose-built Union hospital in Washington.
They didn't know why but found that a ventilated room was healthier.

Symptoms began with gastrointestinal problems such as cramps, nausea and diarrhea and then an increasing fever. Some patients break out in a rash and some get a form of pneumonia. Organ failure, particularly lung failure, was the cause of death.

As Hannah Ropes wrote her daughter a few weeks before she died:

"Miss Alcott and I worked together over four dying men and saved all but one....but whether [due to] our sympathy for the poor fellows or we took cold, I know not, but we both have pneumonia and have suffered terribly."

Typhoid is estimated to have killed 65,000 soldiers during the Civil War and no one counted the hospital workers and civilians. Confederate medical officer Dr. Joseph Jones estimated that 1/4 of the Southern soldiers who died of disease died of typhoid. 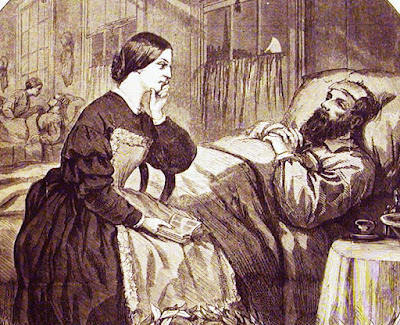 Typhus has similar symptoms but it's caused by bacterial infection from insect bites---lice and fleas, also a curse of camp and hospital. 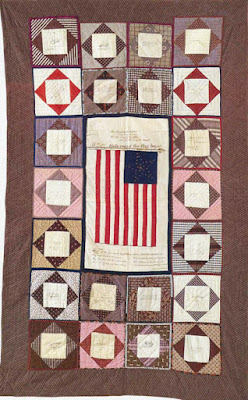 Quilt made by a soldiers' aid society in
Florence, Massachusetts

And since we are talking about quilts at this blog: Civil-War era medicine did understand that the bedding of a person killed by typhoid fever was contaminated, so many sheets, blankets and quilts were burned, one reason so few of the donated Sanitary Commission quilts survive. 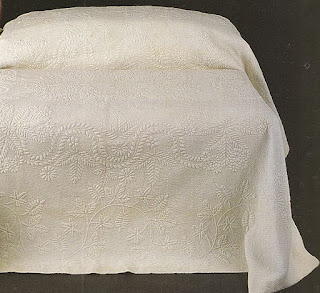 UPDATE: Merikay Waldvogel reminded me of a family story she and Bets Ramsey heard, recorded in their book Southern Quilts: Surviving Relics of the Civil War. Barbara Lotspeich Broyles of Rhea County, Tennessee loaned this white work quilt and others to Confederate soldiers who returned them when they moved on. The quilts were "covered in typhus germs, and both Barbara and her husband died within four days." The bedding was probably contaminated with typhus-bearing fleas. 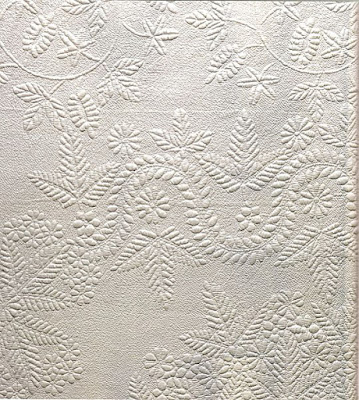 "They were kind enough to loan some bedding to a camp of sick soldiers who were mean enough to return some of it when the camp was abandoned. Grandmother was taken violently ill... .Grandfather was stricken with the same malady which I presume was typhus. They were buried in the same grave [Barbara and Matthias died on the 9th and 14th of December, 1862.]"

And here's a whole book on the history of typhoid: Typhoid Fever: A History by Richard Adler & Elise Mara. A Preview:

Read more about Hannah and Louisa at this post:
http://civilwarquilts.blogspot.com/2019/01/hospital-sketches-1-periwinkle-wreath.html

As I began reading this post I was reminded of the pneumonia outbreak of 100 years ago that took so many lives right after the Great War. It is hard to fathom how many died just from lack of knowledge = disease and poor health practices.

"U.S. Sanitary Commission published "Rules for Preserving the Health of The Soldier" in 1861 regarding "safe practices." It is available on line.