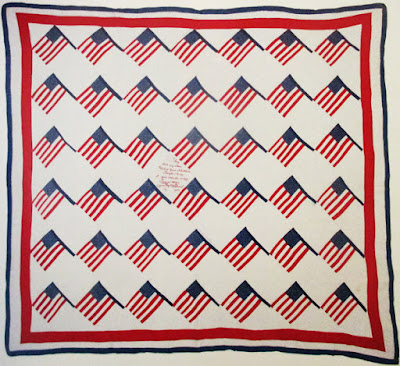 The Indiana Project documented this patriotic quilt, transcribing the red embroidered words in the center. 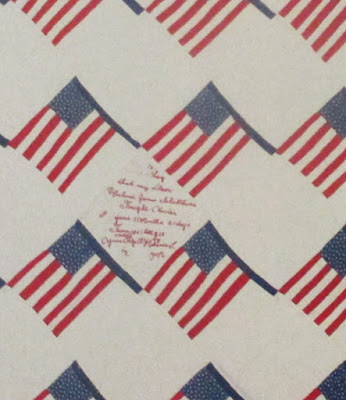 Spelling German names can be a problem. Here is their tombstone:
James and Melina Schultheis --- one S

The story that the family told the quilt documenters was that the Schultheisses met during the Civil War when James came into the Indianapolis tavern where Melina was working to tell her that her sweetheart had been killed. He'd promised the unnamed soldier to deliver the news in person.

This is a little far-fetched---soldiers couldn't just wander off to deliver news, but it may be that he was delivering items the man wanted returned to her or conveying some last words. They continued to see each other and married.

An 1889 county biography of James:

"He returned home at the close of the war and settled in Indianapolis, learned the carpenter's trade, worked at it six or seven years, then floated around for a time, living in Knox, Ripley, Spencer counties, etc. Finally, he settled down in Jennings county, where he has since lived, and where he owns a farm of seventy acres of well improved land. He was married in 1866 to Miss Malinda Schmidt, born in Strasburg, Germany, and who came to America with her parents in 1856, settling in Indianapolis."

Melina (may actually be a variation of Magdalena or Melisande---both traditional German names) must have accompanied him in his "floating"  around Indiana. 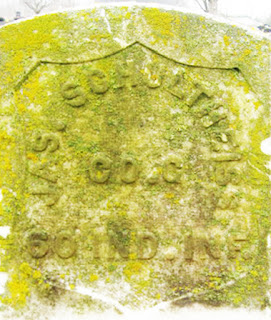 James also has a veteran's tombstone
at the cemetery in Seymour, Jackson County, Indiana

Their records at Find a Grave give her name as Melina Smith Schultheis, born in 1842 in Paris, France.
https://www.findagrave.com/memorial/82026332/melina-schultheis

It may be that the most reliable public record of this couple is this loving quilt.
Posted by Barbara Brackman at 6:00 AM

Thank you for the information about the Schultheiss'. Melanie was either my Godmother's MIL or aunt-in-law, and somehow related to my father's side of the family. Wish there was someone still alive so that I could ask. She disowned me when I married a Baptist 47 years ago. :-)