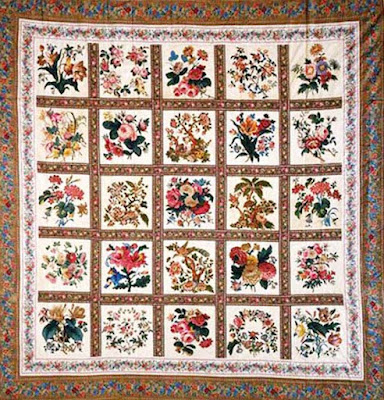 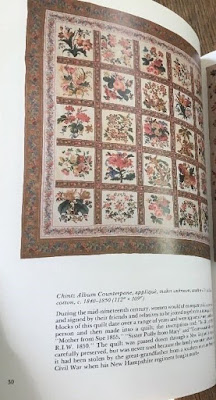 The quilt is now in the collection of Vermont's Shelburne Museum, purchased from an antique dealer in 1954. According to museum cataloging information the dealer bought it from a "very old lady by the name of Mrs. Fellows from Portsmouth, New Hampshire...Great-grandfather stole it from a Southern mansion...they were always a bit ashamed of the fact that the coverlet was 'loot'." The caption in the 2003 museum catalog mentions that the Fellows family thought it might have come from Virginia.

I bet that dealer was Florence Peto of New Jersey who knew a good quilt (and good story) when she saw one. She sold the Shelburne many of their best quilts. 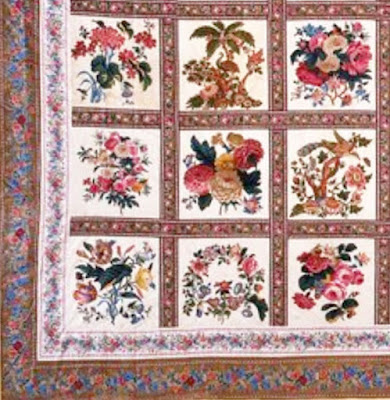 It certainly has the look of a Carolina quilt.

Sharon Pinka and the descendants of the makers did some impressive detective work in finding out who carried the quilt from the Sea Islands in South Carolina to New Hampshire. 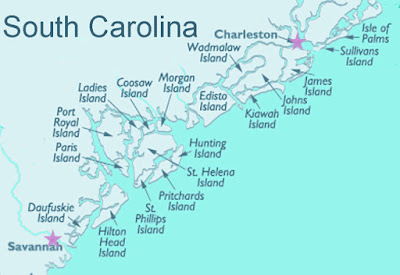 Sea islands along the Atlantic Coast.
The Popes and Townsends
owned much land and many slaves on these fertile islands.

Confederate General Robert E. Lee gave up the Sea Islands as indefensible early in the war and the Union Navy soon set up a Southern base from Charleston to Savannah. 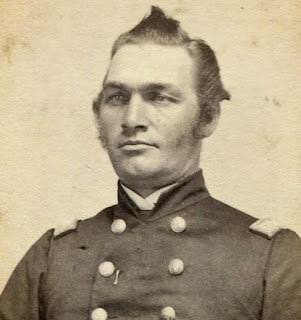 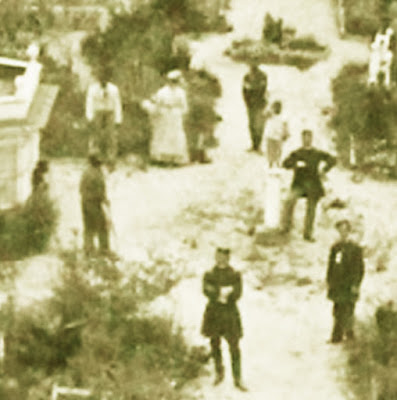 The officer with arms folded is thought to be Enoch Q. Fellows in the garden of the Seabrook Plantation on Edisto Island in 1862. Owners abandoned the 24 plantations on Edisto, leaving their slaves to the Union Army. Photo by Henry P. Moore who accompanied the 3rd New Hampshire
in their occupation. 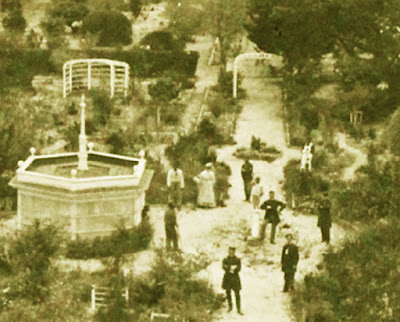 One often reads of antebellum plantation gardens but rarely sees a photo of
the pathways, gazebos and trellises. 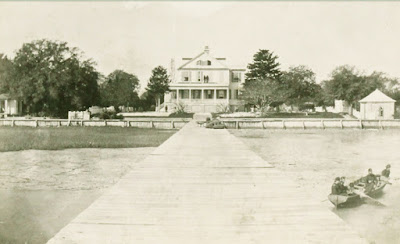 The 3rd New Hampshire was at William Seabrook's Oak Island in March & April of 1862. 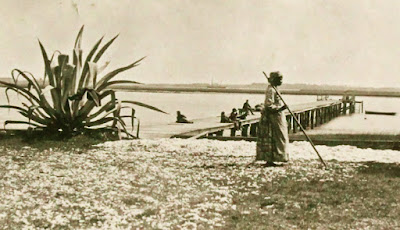 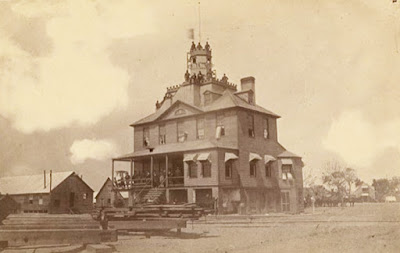 Coggins Point on Hilton Head Island, another Pope family plantation, was taken over by Union troops as a signal station because of the view from the roof. This house was salvaged for the lumber at the end of the 19th century.

We can thank the Fellows women, perhaps Mary E. Quinby Fellows, Enoch's first wife who cared for the quilt and did not use it. We can presume he left the quilt in New Hampshire when he temporarily went west to WaKeeney, Kansas where he seems to have done some land speculation in 1879 and 1880. 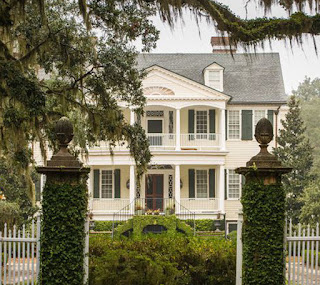 Seabrook survived the war and was for sale last year. 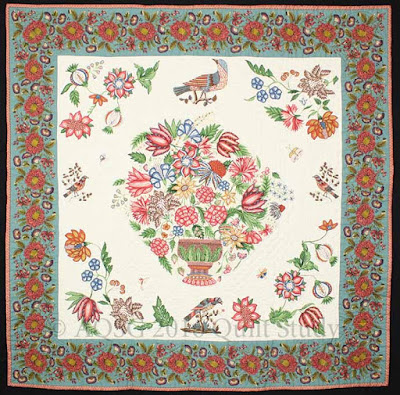 Inspired by the Charleston chintz quilts Sharon Pinka made a
small version for an AQSG Quilt Study a few years ago.

Beautiful quilt and, as always, very interesting story. Love your blog. I read the "Letters of Emily Warton Sinkler". It was so insightful. You never fail to intrigue!

I just checked that out again to read again.

STOLEN in the South.

KEPT in the North.

TREASURED in the Shelburne Museum. What a great story.

Thanks for featuring my quilt research adventure! Always looking to add to the story if anyone has further leads...