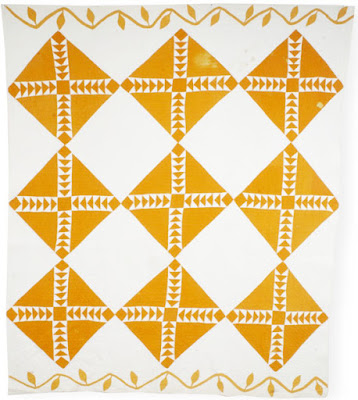 Many years ago we cataloged this quilt with a Civil War story in the collection of the Kansas Museum of History. Of course, many quilts made in the last half of the 19th century would have an associated Civil War story of some kind. The 5-year war affected nearly everyone who lived through it.

Here's the link to the digital catalog at the museum:
https://www.kansasmemory.org/item/224722 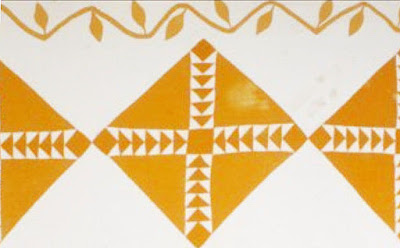 It's a nine-block quilt with borders on two sides all pieced in two fabrics, plain white and plain chrome orange. The yellow smudge in the orange in the block above is a good clue to chrome orange as the dye tends to lose color in that way, turning yellow-green. I'd guess a date of 1875 -1900 based on the fabrics (not much information there), the pattern and the general style. We'd call it Wild Goose Chase. Was it made during the Civil War? Could have been.

I thought I'd go back 20 years later and see what I could find today. 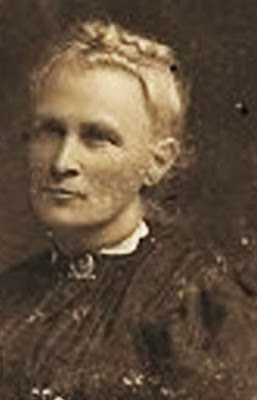 Family who donated the quilt in 1960 attributed it to Belinda McQuaid Webber of North Henderson, Illinois who moved to Kansas in the 1870s and lived in Norton County. They believed it was made in Illinois and brought to Kansas, which is quite consistent with information we found out in the Kansas Quilt Project. Quilts we saw in Kansas dating to the years 1840-1880 were likely to have been brought here. 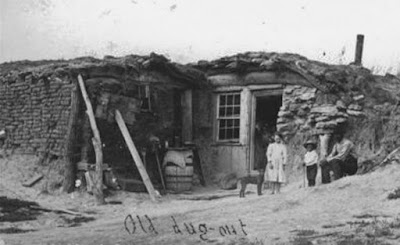 The photo above may show some exceptionally primitive housing but there was little shopping for fabric going on in Norton County in the late 1870s. 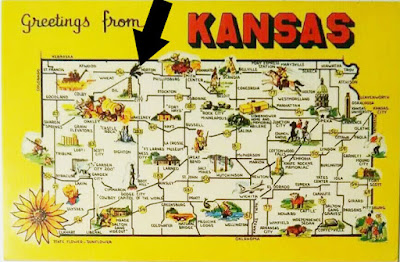 Norton up by the Nebraska line. 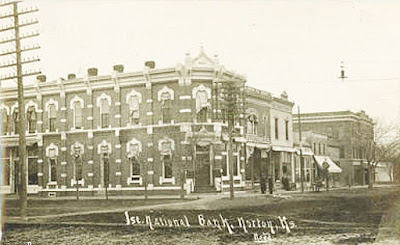 The family story on the quilt: Belinda (also spelled Melinda) McQuaid had an understanding with Daniel Webber who gave her a gift of $6 before leaving to fight in the Civil War with the Illinois 4th Cavalry.  What concerns me about the accuracy of this story is that Belinda was 14 years old in 1861 (unless she lied later about her age---could happen).

Daniel Webber disappeared in 1863, having deserted. Sure enough, the history of Company D includes this note at the end:
Webber, Daniel   Deserted Feb. 15, 1863

She is supposed to have purchased the fabric for this quilt with that $6, although $6 probably would have bought her 60 yards of fabric or more before the war. Perhaps the $6 was for a whole trousseau.

After the war Belinda married Daniel's older brother Benjamin S. Webber (1837-1915), a veteran of the 102nd Regiment Illinois Infantry Company B, mustered out in June, 1865. They wed May 9, 1866 in their home town in Mercer County, Illinois.

The call of free Kansas land must have been very appealing as they moved to Norton County some time before the birth of their only listed daughter Jennie Fern, born in Norton in 1884. We probably have Jennie Webber Gregory to thank for keeping the quilt as she lived to be 97. 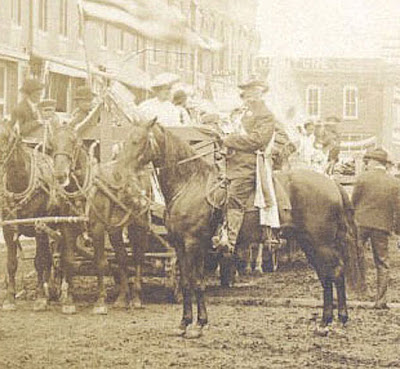 An early-20th-century Decoration Day parade in Norton
honoring veterans and casualties of the Union Army. 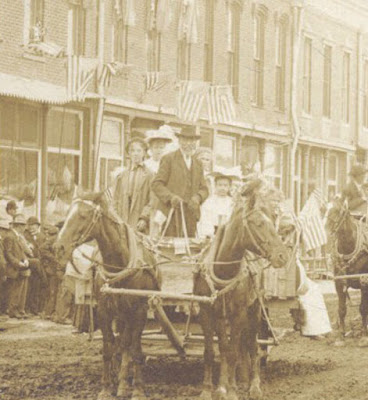 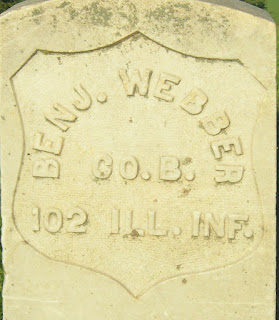 The story of the $6 for fabric and the engagement is a little shaky, but Daniel did desert and Benjamin did not. So we can call it a Civil War quilt, whether it was made during the war or after. 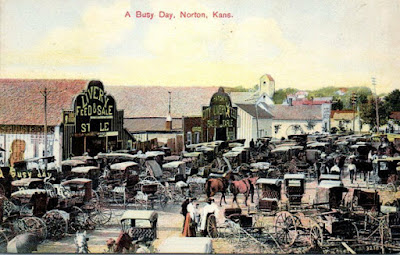 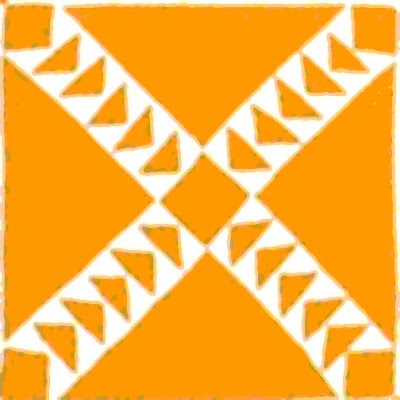 That is a very interesting story, and I appreciate your posting it. The quilt is gorgeous. I wonder if anyone ever heard from the brother again.

Susan, that brother kind of haunts the story doesn't he. Couldn't find another word about him.

My great great grandfather was also listed as a deserter in the Civil War. Actually, he was injured and in the hospital, his record finally got corrected and he was in good standing..I ordered his records from the National Archive and they contained many interesting items..Thanks for all of your research and patterns, I'm a real Civil War buff!!!