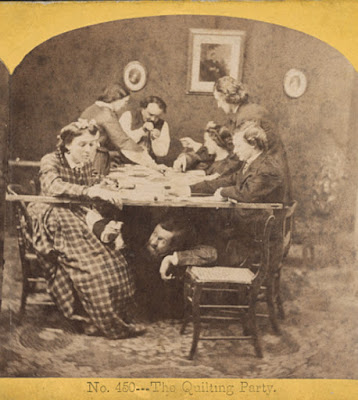 "The Quilting Party," a humorous stereograph photo from
E. & H.T. Anthony during the Civil War.
George Stacy is the photographer. 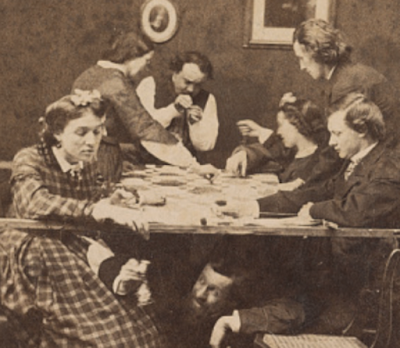 I found this photo at the Library of Congress's website.
It's a humorous stereograph, a set-up shot, probably with the professional
actors Stacy photographed in many set-up shots of daily life. 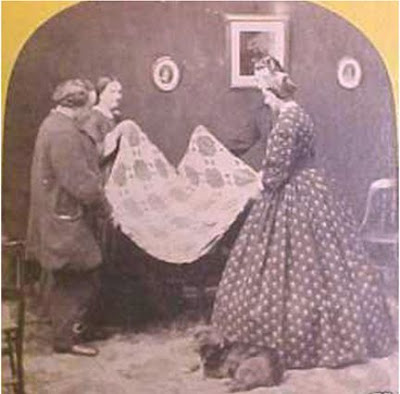 It's the same quilt as in this unidentified stereograph I had seen several years ago on eBay.
Same heavy man with the curly hair, photos on the wall.
https://civilwarquilts.blogspot.com/2013/07/civil-war-era-photo-with-quilt.html 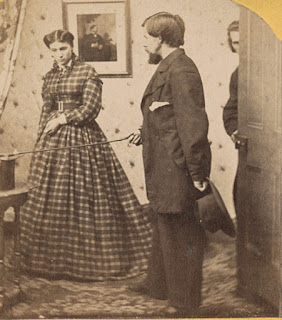 "The Jealous Husband"
I've seen that plaid dress before. 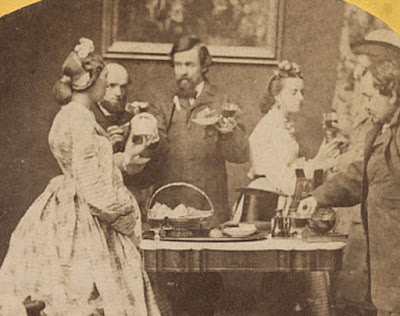 "New Year's Calls"
Side views of those hair styles are always interesting and not often seen. 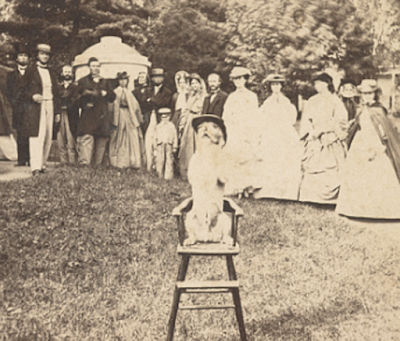 Stacy worked in New York City during the Civil War and recorded the city, particularly Central Park and Broadway. He also did war reporting from Virginia. 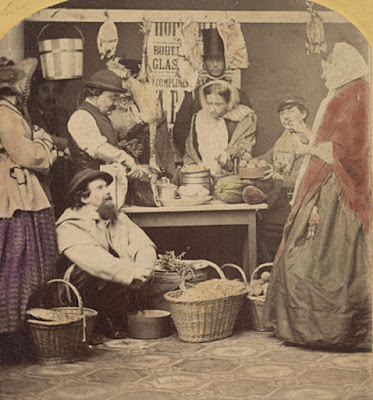 "Market Scene"
The actors are starting to look quite familiar. 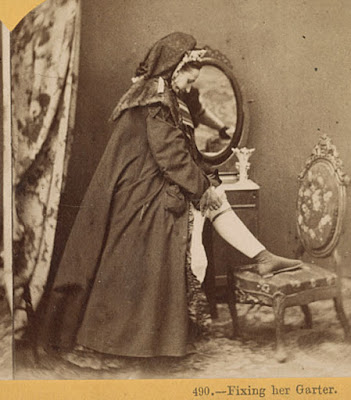 He also did some Civil War cheesecake

Here's a link to over 1,600 George Stacy photos, mostly of New York at the Library of Congress:
https://www.loc.gov/search/?q=george+stacy&sp=22
Posted by Barbara Brackman at 6:00 AM

I didn't know about that archive of NYC photos online. Thanks! And please keep those shocking cheesecake photos to a minimum, I thought this was a family-safe blog!

You're right that last photo is a little unsettling.
The 'quilting party' photo is funny.

Oh my a brazen little hussy!

Funny that fellow wielding the stick was also sitting behind a few baskets - his downfall obviously his wife's fault! Probably used the latest silk instead of cotton for her quilts. Fun photos. :D