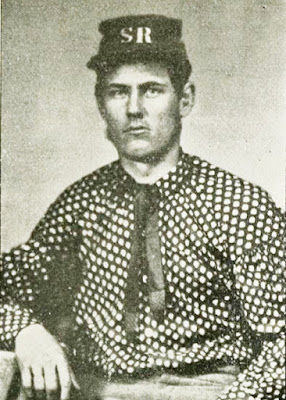 Georgia Confederate in a calico shirt

In late 1863 Mary Maxcy Leverett sent her son Milton, a 24-year-old Confederate soldier, hand-knit gloves, shirts "two of which I bought ready made and had them dyed at home by Cely" and a handkerchief. Cely was probably a slave whose hand dyeing skills were useful during the Union blockade of imports to the South.

Writing from her plantation near Columbia, South Carolina, Mary explained she couldn't send calico shirts: "Calico is eight dollars a yard, too dear to purchase now." 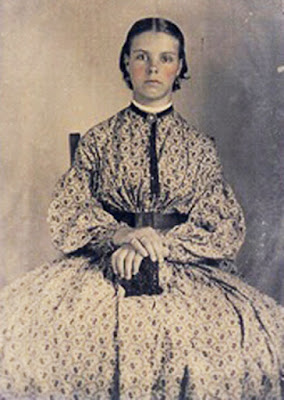 But she was optimistic the next box would contain more handkerchiefs:


"I hear that a store is to be opened by the Bee Importing Co. which is intended to lower prices by selling at half the price the other stores up here ask (& they say they will make money at it then)..."

The Bee Store, which sold items that had run the blockade, was named for William C. Bee who'd  been a factor (an export dealer) in cotton and rice before the war. 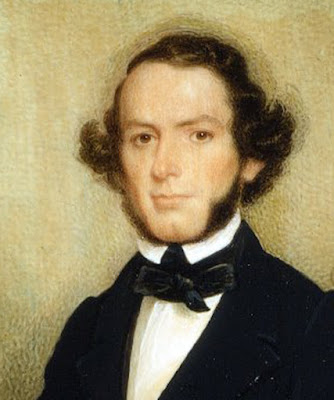 In 1862 Bee hatched a plan for a blockade-running enterprise that would make money in exporting raw cotton and importing manufactured goods. He also sold shares in his Importing and Exporting Co. of SC,  known as the Bee Company, for $1,000 a piece and raised a million dollars according to the Charleston Mercury. The money went to build ships and hire a small private navy. 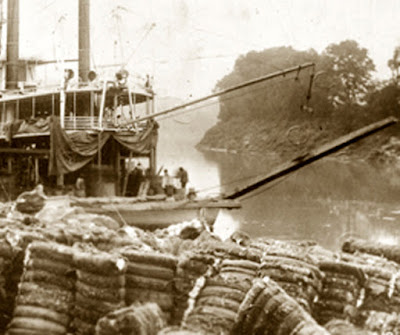 We think of blockade runners bringing European imports into the South
but they made round trips, taking out the bales of cotton that funded the
Confederacy.

In 1862 Bee's boat Cecile carrying out 257 bales of cotton worth $13,000 dodged Union boats in Charleston's harbor. Cecile's destination was Nassau in the Bahamas, a huge port that benefited from the blockade. 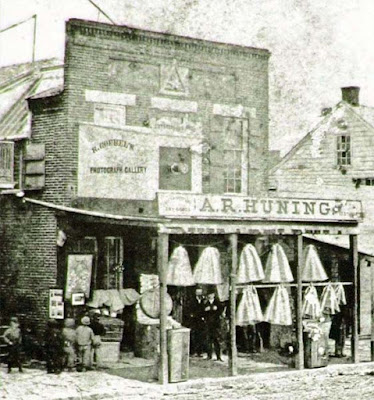 A.R. Huning's store in St. Charles, Arkansas had skirts or
cage crinolines for sale.
UPDATE: Jason tells me in the comments it's St. Charles, Missouri.
Thanks for the correction.

The captain doubled his money there and traded it for manufactured goods including "6 dozen ladies' spring skirts bought for $10 a dozen and sold at auction in Charleston for $72 a dozen." 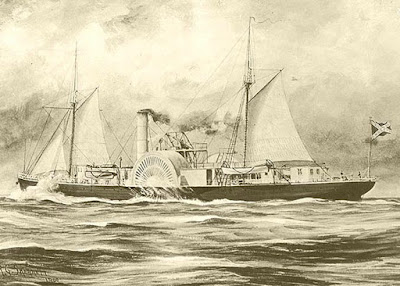 Blockade runner The Ella & Annie, painted in 1900.
Initially a U.S. Navy ship she was captured by the state of Louisiana
in 1861 and recaptured by the Union in 1862.

At least four similar South Carolina import companies were organized with fleets of ships, blockade running adventurers and multiple investors. The success of the Bee Company's blockade running ships resulted in a retail store to sell the luxuries, which was also a success. Jokes were made about Bee Store customers being squeezed. 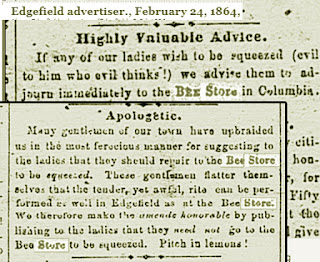 Museum of the American Civil War in Richmond

English cottons that made it through the blockade. 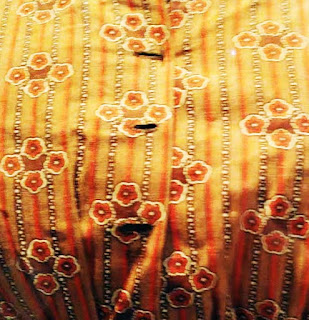 In August, 1864 Alice Gaillard Palmer who lived in Charleston asked her sister in law Hattie Palmer living out in the country: "What sort of worsted dresses to you girls want----winter or fall? There are some beautiful fall goods at the Bee Store at $10 a yd, narrow or rather calico width. Have seen no dark goods yet." $10 for wool cloth seemed a bargain even if it was narrow.


Mary Maxcy Leverett reported that her daughters also went shopping at the Bee Store in 1864.

"Their father gave each of them one hundred dollars...to purchase what they were in need of, for it was a long time since they had bought any articles of clothing." 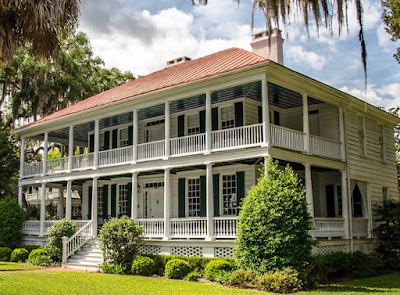 The Leveretts lived near Columbia during the war because
their main home in Beaufort was occupied by Union soldiers.
The Beaufort Leverett house still stands.

Mary offered to buy her son a uniform suit there "if I succeed in putting by money enough... Confederate grey is $40 a yd." The girls' hundred Confederate dollars could not have bought too much with fabric at that price. 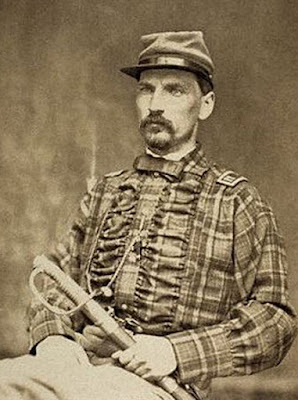 Confederate in a plaid shirt jacket.

After the war Bee returned to conventional business as a factor,
commission merchant (wholesaler) and banker.

And A World Turned Upside Down: The Palmers of South Santee, 1818-1881, edited by Louis Palmer Towles:
https://books.google.com/books?id=6H3HpL-K8jEC&dq=world+turned+upside+down+palmers&source=gbs_navlinks_s

It seems William Bee was quite an entrapreneur.
Fascinating.

Fascinating! I can't believe fabric cost so much even if there was a blockade.

I had no idea that blockade running was such big business. Thanks for featuring it in this post.

Please review your information about the A.R. Huning store.. The Huning's business was in St. Charles, Missouri, and this photograph was likely taken very late-war, or post-war. There's lots of info about the Hunings (and the Goebel Photographic Studio, which can be seen advertised on the second floor), with the St. Charles, Missouri Historical Society.

Very interesting. I have grown to appreciate history, once out of school and the dreary way it was taught. I also find it interesting the last picture showing a man wearing a plaid shirt that has ruching down the front. The only man-wear that has "feminine touches" now days is the ruffled front tuxedo shirt.

Fascinating! Love that last shirt!!
And that "ugly" fabric? I'll take a yard for $18 please...

What a great report Ms. Brackman. I always enjoy your Material Culture write ups. Please keep them coming. I find them fascinating.