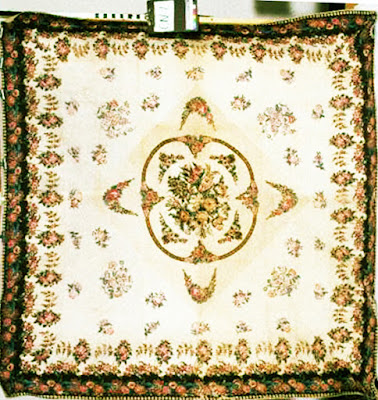 There is a tendency in the Southern oral tradition to attribute every stain in an antique quilt to a subterranean stay during a Yankee raid, but there is also much oral tradition that quilts were indeed  buried by families on both sides. Sallie Rochester Ford's account of Raids & Romance of Morgan and His Men tells of  "Unionists" in the path of John Hunt Morgan's Confederate army "bidding a hurried adieu to their homes."

"Ladies gathered together their silver and other valuables, and boxing them up, dispatched them, post-haste, to a place of safety in the country. They buried their linen and bedding...." 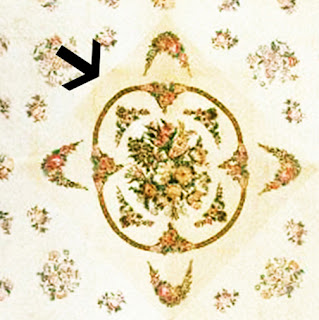 Staining in the quilt's center

This chintz quilt that survived the Civil War was handed down in a family with a variation on the story. It was hidden from General Sherman's Union troops under a leaky roof in Concord, North Carolina. The stain around the central panel is attributed to the leaks. 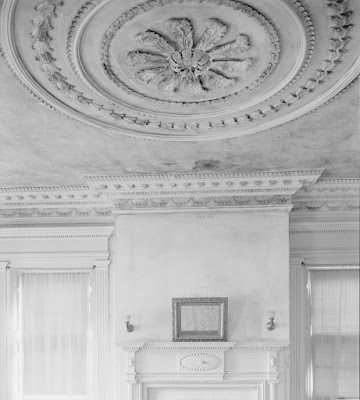 Interior of the Forney house in Lincolnton, photographed by
Frances Benjamin Johnston in 1938. Library of Congress.
Classical style reflected in architecture and the quilt.

Concord is in Cabarrus County, northeast of Charlotte. The quilt is from the Ramseur family of Lincolnton, northwest of Charlotte. In March, 1865, a month before the Confederate surrender, General William T. Sherman's army was marching north towards Richmond. Citizens of Mecklenburg & Cabarrus County were threatened although the majority of the Union troops remained east of the area. Hiding such a beautiful quilt in an attic would have been a prudent move.

The quilt was donated to the North Carolina Museum of History in 1926 by Sarah Pfifer Williamson of Chicago who attributed it to a woman named Sarah Wilfong Ramseur. At a time when objects such as quilts were valued primarily by their associations with famous men, Williamson noted that Sarah Ramseur was the grandmother of  Confederate General Stephen Dodson Ramseur. 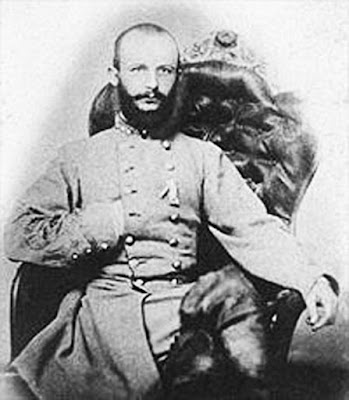 Major General Stephen Dodson Ramseur
He fought most of the war without the use of an injured arm.

There are many Sarah Wilfongs in the family but the Sallie in question seems to have been Sarah Salome Wilfong Ramsour (1788-1837) of Lincolnton. Sarah married David Carpenter Ramsour (1775-1842) and they had a boy Jacob Able Ramseur and two girls Cynthia (Hoyle) and Mary Adeline (Phifer.) Mary Adeline's daughter Sarah Phifer Williamson (1859-1937) donated the quilt she attributed to her grandmother to the museum.

The quilt looks to be from the 1820s or '30s so could have been made by Sarah Salome late in her life. Her son Jacob and wife Lucy Mayfield Dodson had nine children. Their second son Stephen Dodson Ramseur is the Major General mentioned in the gift. Born in 1837 he attended West Point and when the Civil War erupted he resigned his U.S. Army commission to fight for the South. 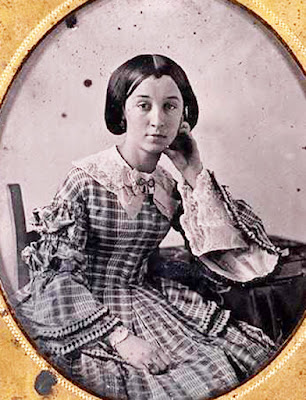 Ellen Richmond Ramseur (1840-1900) as a girl before the war.
North Carolina Museum of History

Dodson Ramseur earned a reputation as a brash fighter. He was fatally wounded at the Battle of Cedar Creek in Virginia a few days after his wife and cousin Ellen Richmond Ramseur gave birth to a daughter in October, 1864. 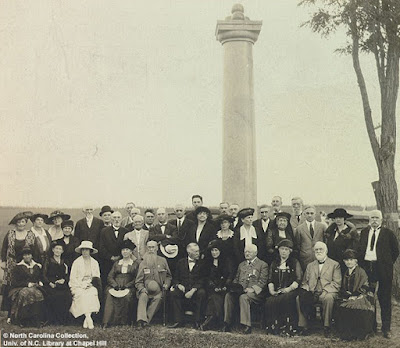 Ramseur family members at Dodson Ramseur's memorial dedication
in 1920. The monument is at Belle Grove Plantation in Virginia where he died.
Collection of the North Carolina Library at Chapel Hill. 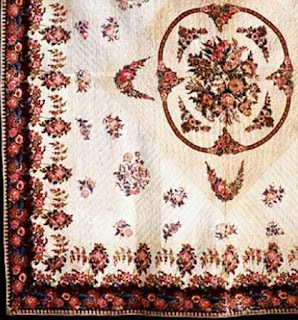 The central chintz in this beautiful quilt is cut from a panel,
a floral bouquet tied with a blue ribbon. Marguerite Ickis published
a black & white photo of this quilt in her 1949 Standard Book of Quiltmaking
(pg. 109) but did not have much to say about it. 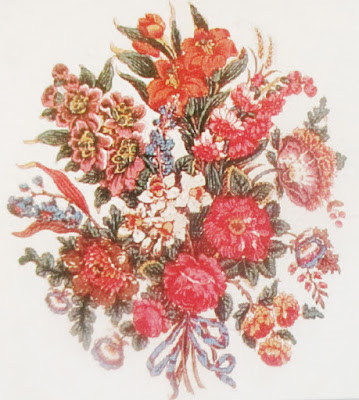 Panel #14
Merikay Waldvogel and I are discussing this particular panel on our chintz panel blog this week. 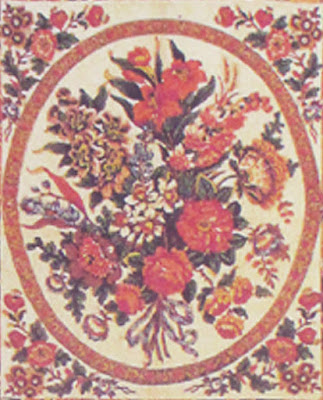