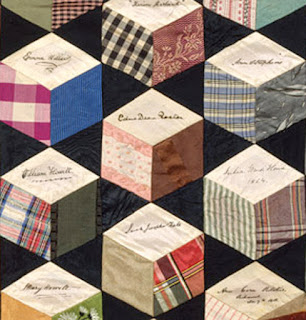 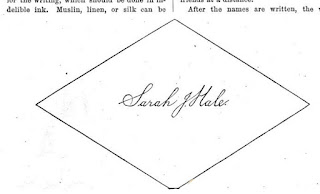 In April, 1864, Sarah Hale, editor of Godey's Lady's Book, wrote about a correspondent who'd asked for her autograph. 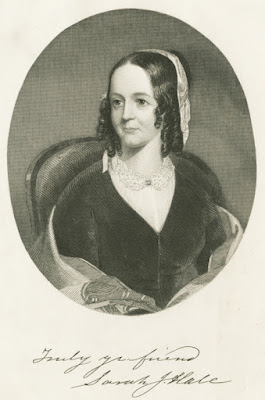 We have lately received a pleasant letter from a young lady of Rhode Island, who is forming a curious and valuable collection of autographs in an original and very womanly way; the design is to insert the names in a counterpane or bedquilt. Each autograph is written, with common black ink, on a diamond shaped piece of white silk (placed over a diagram of white paper and basted at the edges), each piece the centre of a group of colored diamonds, formed in many instances, from "storied" fragments of dresses which were worn in the olden days of our country. For instance, there are pieces of a pink satin dress which flaunted at one of President Washington's dinner parties; with other relics of those rich silks and stiff brocades so fashionable in the last century. 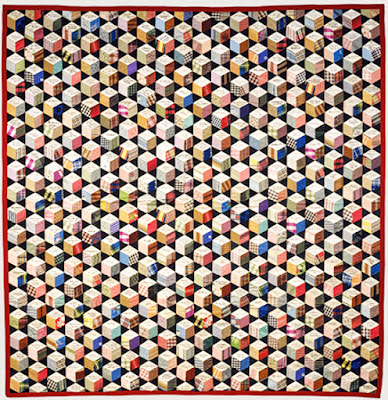 Tumbling Blocks quilt with celebrity signatures,1856–63.
Collection of the Metropolitan Museum of Art


"The whole number of pieces required is 2780; of these, 556 are to contain autographs. The novel idea of the quilt has found such warm favor in the hearts of those whom the young Needle-artist has addressed, that she has already obtained three hundred and fifty autographs, many of these from men highly distinguished in the literary, political, scientific, and military history of the present century."

Hale was corresponding with 24-year-old  Adeline Harris of Wyoming, Rhode Island, who had been collecting signatures of famous people since 1856. 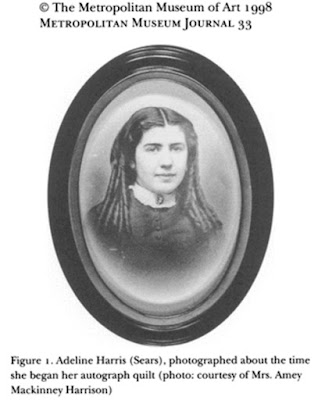 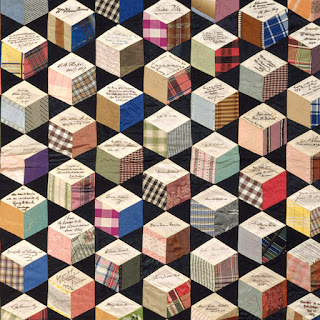 Hale was quite taken with the whole idea and published a diamond shape pattern to make an "autograph bedquilt."


"The autograph bedquilt is made by obtaining the signatures of friends or relatives written upon pieces of white material. These pieces may be square, octagon, round, diamond, or heart shaped, or indeed cut into any form to suit the taste of the maker. After they are cut they should be strained tightly over a card, to make a smooth, even surface for the writing, which should be done in indelible ink. Muslin, linen, or silk can be used, the silk being the handsomest, while the linen makes the best surface for the signature. The cards may be sent by mail to friends at a distance.
After the names are written, the white pieces can be either sewed down upon, or set into, squares of colored material, and these squares, sewed together, form the quilt.
In quilting, select such a pattern as will leave the name free from the quilting stitches.
Smaller pieces of white silk (with the autographs written in miniature), alternated with colored silk, and made into a pincushion or sofa cushion make a very pretty album of affection."

Curator Amelia Peck has done a good deal of research about Adeline Harris Sears and her quilt. Adeline was the daughter of  prosperous mill owner James Toleration Harris and Sophia Knight Harris. She married Yale Graduate Lorenzo Sears (1838-1916) in January, 1866. They had a daughter Sophia Harris Sears 1876-1949. He taught at the University of Vermont in the late 1880s and was a Professor at Brown University in Providence, Rhode Island, from 1890-1903. 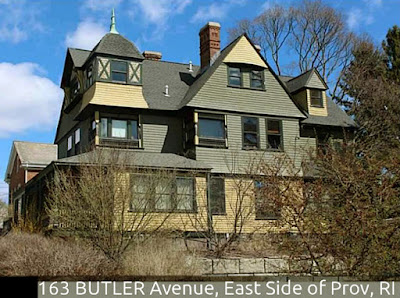 They spent much of their lives in Providence, I imagine, in this shingle style house. 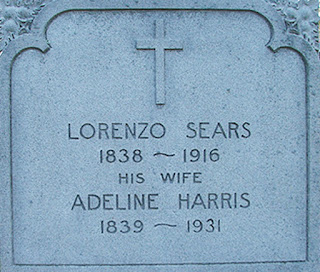 They're buried in Swan Point Cemetery there. 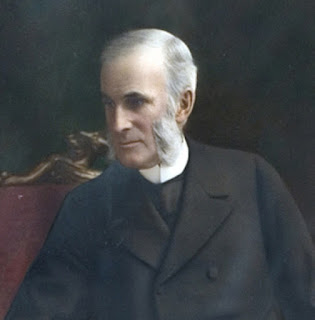 Dr. Lorenzo Sears
Adeline's husband is described in a memorial tablet at St. Martin's Church:
"Priest, educator, author, gentleman of the old school; interpreting the lives of the great with rare insight and masterly skill; endearing himself to all who knew him by his courtly grace and thoughtful kindness.”

Sarah Hale included the autograph quilt article in a later book, Manners, Happy Homes and Good Society All the Year Round. 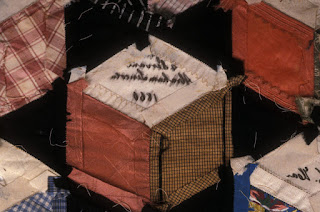 The reverse of the quilt shows that it isn't finished with a back. This is
Abraham Lincoln's 1860 signature,
collected during his campaign.

Here is more of Hale's 1864 feature about Harris's quilt.
She was QUITE taken with it.

In short, we think this autograph bedquilt may be called a very wonderful invention in the way of needlework. The mere mechanical part, the number of small pieces, stitches neatly taken and accurately ordered ; the arranging properly and joining nicely 2780 delicate bits of various beautiful and costly fabrics, is a task that would require no small share of resolution, patience, firmness, and perseverance. Then comes the intellectual part, the taste to assort colors and to make the appearance what it ought to be, where so many hundreds of shades are to be matched and suited to each other. After that we rise to the moral, when human deeds are to live in names, the consideration of the celebrities, who are to be placed each, the centre of his or her own circle ! To do this well requires a knowledge of books and life, and an instinctive sense of the fitness of things, so as to assign each name its suitable place in this galaxy of stars or diamonds.

Notwithstanding the comprehensive design we are attempting to describe, we have no doubt of its successful termination. The letter of the young lady bears such internal evidence of her capability, that we feel certain she has the power to complete her work if her life is spared. And when we say that she has been nearly eight years engaged on this quilt, and seems to feel now all the enthusiasm of a poetical temperament working out a grand invention that is to be a new pleasure and blessing to the world, we are sure all our readers will wish her success....

We think our readers who have not time for such a great undertaking as this autograph counterpane, might make some interesting collections in a smaller way. A young lady might, by limiting her plan to scores instead of hundreds of names, soon obtain enough of these lettered diamonds to make a sofa-cushion, a cover for a small table, or some other ornamental design. For this purpose we give a pattern illustrative of the form of the diagram (see Work Table Department, page 387) ; this, with our description, will, we trust, enable any lady who has a love for the needle and the pen to achieve success."

Would love to see this quilt in person. So rich with history. Wonderful story!

Next time you are in DC ask to see it.

I found this so fascinating. As I was reading it I thought how fun that would be to do today. But then reality set in and I realized the FBI would probably be knocking at my door if I tried getting autographs through the mail of our living presidents or even some very important people out there like she did. Beautiful quilt!

Wonderful quilt with an incredible wonderful idea. I too am quite taken by this. I want to do this with all my aunts, uncles, sis & bros still alive so my boys will have an awesome souvenir of their ancestors. Loved reading this post. Thanks for sharing. ;^)

This is a wonderful story and quilt! This young lady could have won a prize for her patience and constancy!
When I start a new project, I can't wait to see it finish.
Thank you for sharing!
Rina, in Italy.

That woman knew what was precious. Not the 'get it done in a hurry' but the process.
The time to document her day and what was going on in her time. Wow.
Thanks for sharing.

Hi fellas,
Thank you so much for this wonderful article really!
If someone want to read more about that Celebrity Autographs for sale I think this is the right place for you!