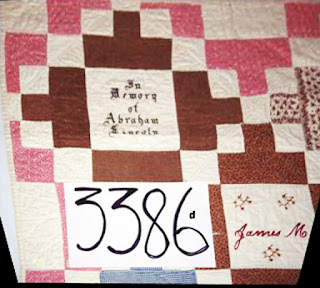 "In Memory of Abraham Lincoln" 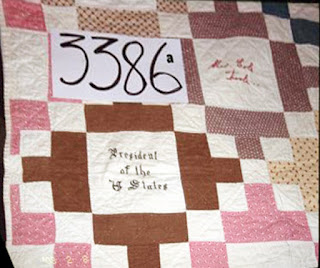 "President of the U. States" 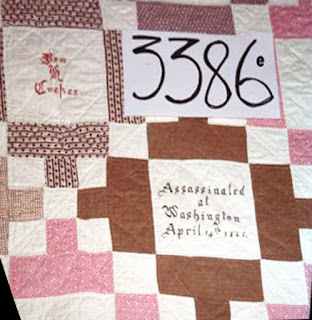 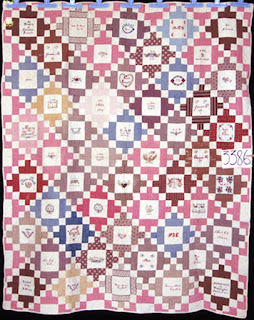 The Massachusetts project has included this photo of a Civil War memorial quilt at the Quilt Index.
Little seems to be known about it. It was in a private collection at the time it was documented, inherited from mother. 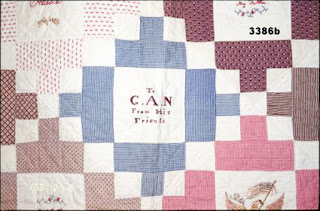 The central block has a dedication
"To G.A.N.
From His Friends" 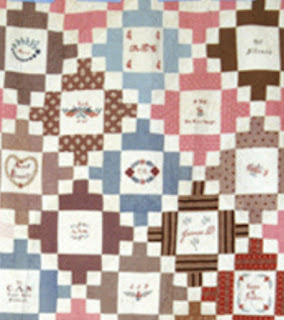 Embroidered blocks include names and initials with places and regiment numbers. 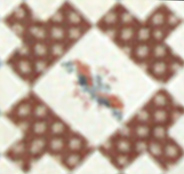 The block is a traditional album variation, placed on point.
From the photos the fabrics look to be about 1870-1890. 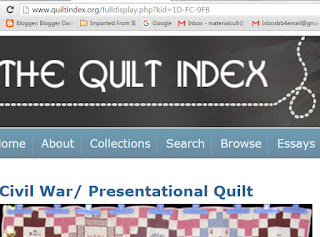 See it at this link:
http://www.quiltindex.org/fulldisplay.php?kid=1D-FC-9FB

I love historical quilts. You just made my quiltie day.
THANKS :), JulieinTN