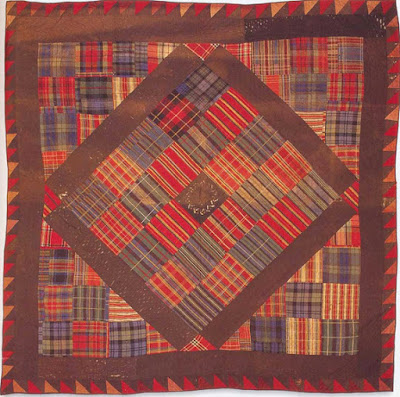 Quilt with the initials MC embroidered in the center,
attributed to Mary Randolph Custis Lee.
Collection of the Virginia Military Institute Museum

"I had hoped to have had the Quilt ready to raffle but gave the Book to Sue Maury & she has not yet returned it unless some of the students will take chances, I fear it may be some time ere it is done - Perhaps Mrs Freeman would take a chance Do you know her?"

"Tell your Mother the Quilting is so much admired & I am so much obliged to her why have you never brought her to see me? " Letter from Mary Custis Lee. 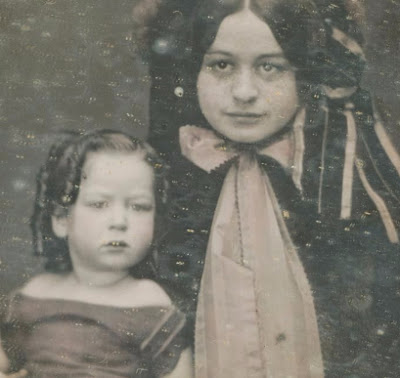 In this undated letter Mary Custis Lee seems a bit frustrated in trying to organize a quilt raffle. Sue Maury appears to have kept the book of chances and sales were at a standstill. 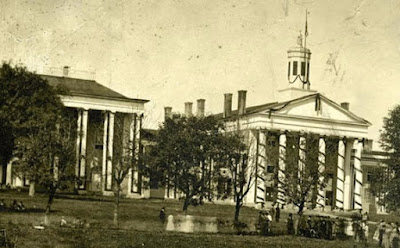 Washington College in 1870.
Collection of the Virginia Historical Society.

The letter has no date or location but it is likely to be from Lexington, Virginia, where General Robert E. Lee and his wife moved in December, 1865. Lee spent the years after the Civil War as President of Washington College there. Two of the other women mentioned are also recorded in the 1870 Lexington census.

Sue Maury (Mrs. Richard Launcelot Laury) was born Susan Elizabeth Crutchfield in 1842. She was 34 years younger than Mary Lee, probably in her late 20s when the letter was written. History has not treated her well. In a biography of her father-in-law Matthew Fontaine Maury, author Patricia Jahns described her as "a beautiful girl with money, social position, and influential relatives and utterly no sense of humor."
All we can do is hope that Sue returned the ticket book and some sales were made.

The letter's addressee, Mrs. Letcher, was another Sue, Mary Susan Holt Letcher (1823-1899), the wife of Virginia Governor John Letcher who held office during the Civil War. 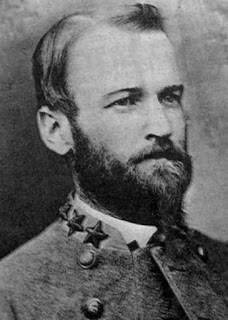 Sue Maury's husband Major Dick Maury.
Maury spent the years 1865-1868 in Mexico
trying to set up a Confederacy there, but returned to
Virginia in 1868. He was law partner to Sue Letcher's husband John.

Apparently Sue Letcher's mother quilted the quilt in question doing a job that was "so much admired." Elizabeth Shaver Holt Yount, 67 years old, was living with the Letchers in the 1870 census.

In 1898 the Lexington Gazette recalled the local lineage of her grandson Judge Houston Letcher. 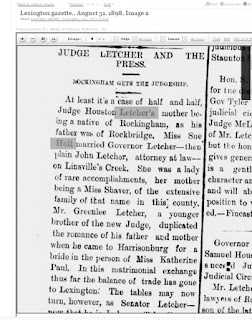 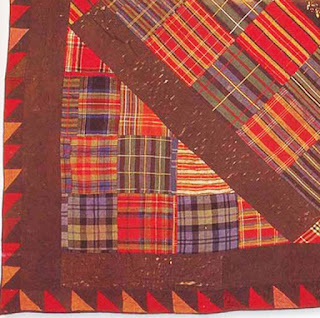 Is the plaid quilt in the collection of the Virginia Military Institute's Museum the quilt they are hoping to raffle? It is pictured in the Quilts of Virginia book captioned:
"Quilting is executed at 12 stitches per inch in crosshatching and chevron with double straight lines."

The fabric is silk plaids, the popular Balmoral look of the 1860s that was out of fashion in the 1870s. In the center is an embroidered wreath with birds and leaves. 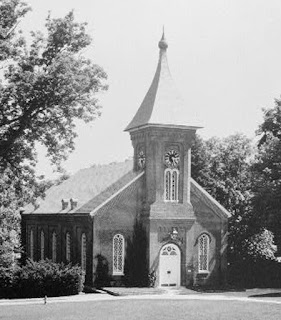 The tickets were sold to fund the chapel at Washington College which became Washington and Lee University. Robert E. Lee is buried in the chapel. Lee died October 12, 1870 and whether the quilt was made before or after his death is unknown. The letter refers to students taking chances. The ladies may have offered tickets to students at the College and the Military Institute.

The quilt was donated to the museum at VMI in 1926, accompanied by a letter described in the museum catalog: "1926) from Mrs. William B. Anderson to Sydney B. Williamson relating the history of a quilt made by Mrs. Lee."  Williamson is supposed to have bought the winning ticket in the raffle. 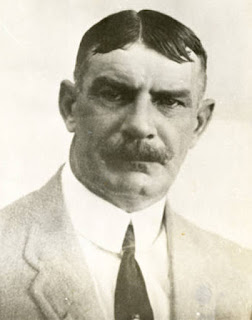 Sydney Bacon Williamson was about 7 years old when the quilt was raffled off. Born in Lexington, he was the son of Thomas Hoomes Williamson, an engineering professor at VMI. The younger Williamson was an engineer also, his most important project the Panama Canal. 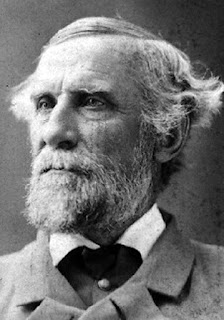 We can see how the quilt wound up in the VMI Museum. 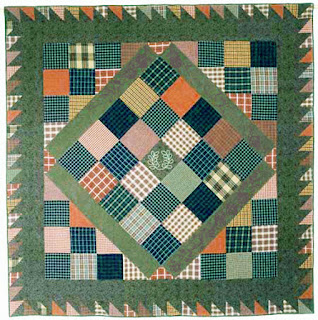 See more about Mary Lee's quilts at a post I wrote six years ago (six years!) featuring this plaid flannel quilt that Jean made 16 years ago (16!)

http://barbarabrackman.blogspot.com/2010/01/robert-e-lees-birthday-mary-custis-lees.html
Posted by Barbara Brackman at 6:00 AM

I wouldn't mind winning that one in a raffle:) I tend to like plaids anyways, but that is a beaut.

I love the first one, need to decide on a pattern for my flannels and want to keep it simple but nice.

I love plaids too though mine are homespun. That picture gave me a chuckle, such curls!