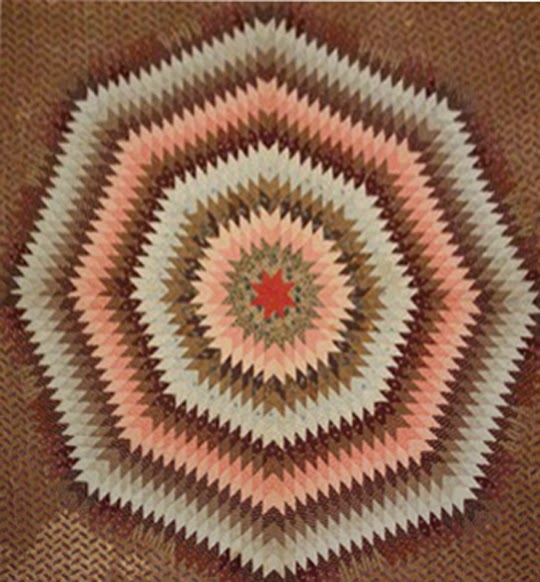 In November 4, 1853, The Richmond Dispatch recorded the handmade items seen at the local agricultural fair.


"Silk bedquilt made of cast off dresses, by Jane, at night. Mrs. Evans."

Everyone in slave-holding Virginia would have understood the code.

Jane, with no last name, was a slave, probably belonging to Mrs. Evans. She made the quilt "at night," meaning on her own time after her daily duties were over. The materials were "cast off dresses," silks that were no longer fashionable, probably from the wardrobes of the slave-holding family. 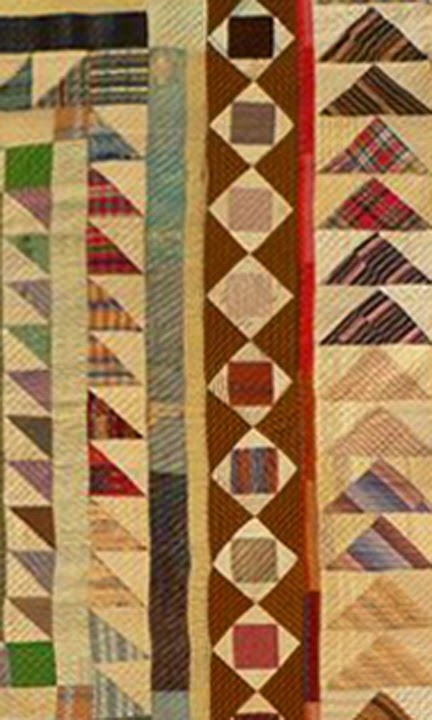 Did Jane keep the quilt since she made it on her own time at night?

Also notice under the mention of a "mammoth cake of soap" there is a straw chair: "The handiwork of an old Virginia darky." Perhaps this man with no name at all was a free black.

Another provacative reference I recently came across:

"Well, my quilt is in the frame, and Ella [her youngest daughter] and I are putting some regular darkey quilting on it."

This code is a little harder to understand but author Censer explains that post-Civil-War changes including poverty and lack of slaves forced women into doing work they considered beneath them. Work traditionally done by slaves was hard to reconcile with one's aristocratic self-image. 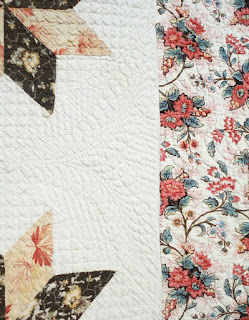 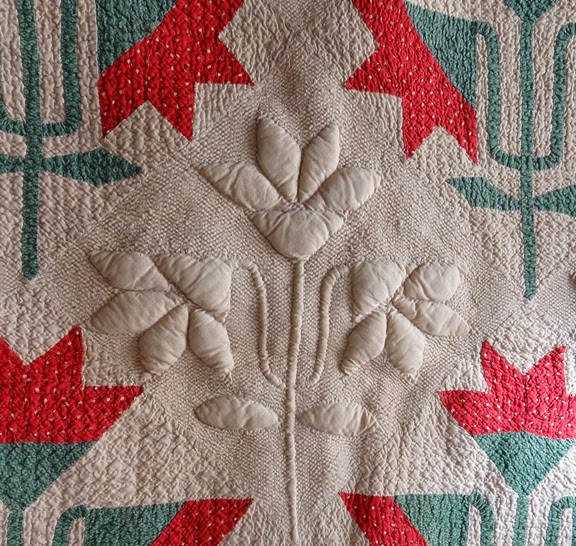 So we can conclude that at least in the Alston family of Warren County, North Carolina, the slaves had done the quilting. Is it true, as Censer writes, that "antebellum planter wives...almost never quilted?"

The answers would require a lot more evidence, but both descriptions add a little to our understanding of pre-Civil-War quilts from slave-holding states. 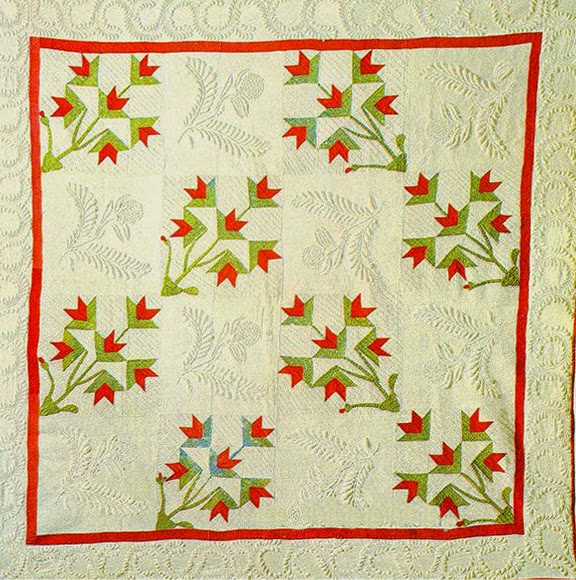 Another heavily quilted variation of the Carolina Lily

I doubt very much that the term "darky" refers to a free Black person in this instance, I'm sure it was used to refer to any Black person, free or slave. I think there were white women, tho perhaps not of the elite class, that quilted as well. The itinerant dressmakers, often single white females who went from home to home making the ladies' dresses,might have included fancy quilting in their arsenal, at least to teach it to the African Americans. I don't see how the mistress could have taught anyone to do this if she didn't know herself. But in keeping with the theme here, a lot of people, not the just the elite in the South, sent their quilt tops out to be quilted because it was often a less artistic or more tedious endeavor than making the top and because there were women, probably Black women as well as white women, in the community who did this work for pay. None of the quilts made by my rural relatives pre 1950 were quilted by the top makers. They always had, in this case, a white women in their community who was paid to do it and who needed the money.

How interesting? I believe Barbara Brackman is from Kansas and I would be interested to know where Suzanne is from since different areas have very different traditions and that affects how words and phrases are interpreted. I am English and grew up with quilting in the tradition of coal mining Durham. I would be totally unable to enter this conversation except to make my comment and ask this question.

"Jane...at night" reminds me of Charlotte in Sue Monk Kidd's novel "The Invention of Wings." She was a dressmaker by day. "Most of her waking nights, she would light the lamp and sew her story quilt. She'd been working on those quilt squares bits at a time for more than two years. 'If there a fire and I ain't here, that's what you get,' she'd say. 'You save the squares cause they pieces of me same like the meat on my bones.'"

IIRC, sometimes slaves were allowed to work for pay outside their regular duties (there must be a better way to word that). And sometimes, to use the earnings to buy their own freedom. Perhaps Jane made this quilt on her own time intending to sell it, and was only allowed to enter it in the fair under her owner's name, as a way of promoting her work? I wish I had references handy.

So many questions, so many theories, so few solid answers.