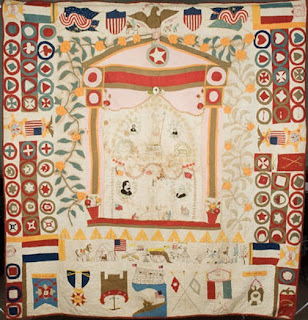 The quilt is attributed to Sarah Bright Anderson Lea (About 1833-1918.) Collection: Sewickley Valley Historical Society. They date it as 1890 based on the stars in a flag on the reverse side. 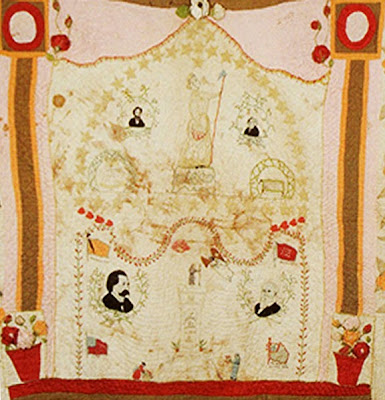 The center is an appliqued window with Victorian woodwork and flower pots
on the sill. Lady Liberty is at the top under a shower of stars. The bearded men look
to be late-19th century dignitaries.

More embroidery under the sill shows a camp of tents with scenes of army life. 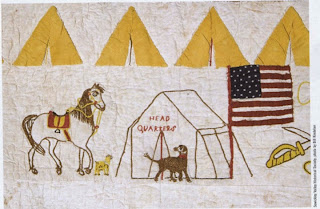 Detail of the left hand side. 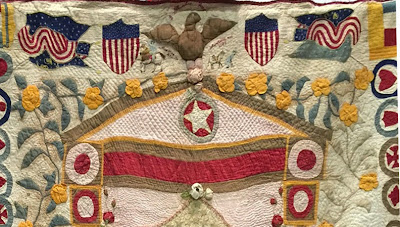 Above the window is a stuffed eagle with more figures.

Along the sides are  regimental patches. 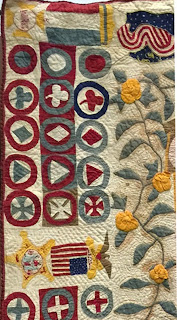 The symbols were a popular identification image
at Grand Army of the Republic reunions. 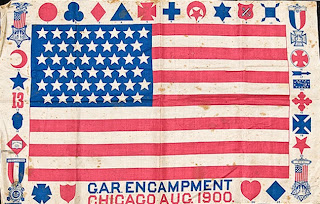 Souvenir flag from a Chicago reunion in 1900 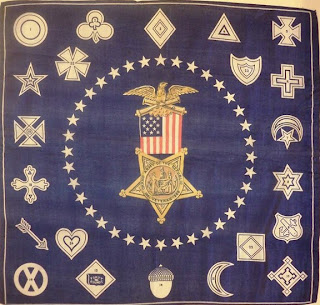 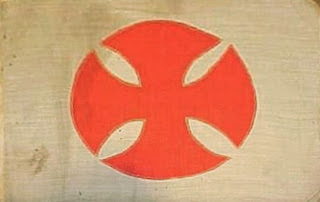 The family and the museum speculate that the quilt was made "in connection with a celebration or commemoration sponsored by the G. A. R." Sarah's husband Benjamin Franklin Lea (About 1843-February 15, 1918) was a private in Company A, 101st Pennsylvania Volunteer Regiment. 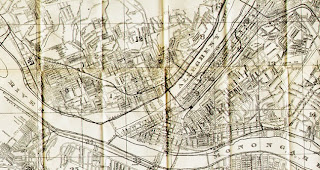 Allegheny City is the North Side, north of Pittsburgh's
Allegheny River

He joined G. A. R. Post No. 162 in Allegheny City north of Pittsburgh, Pennsylvania on January 19, 1889. He and Sarah lived in the Fineview neighborhood in the municipality of Allegheny City that was absorbed by Pittsburgh in 1907. 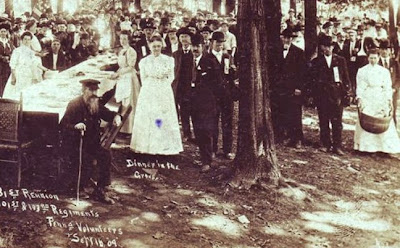 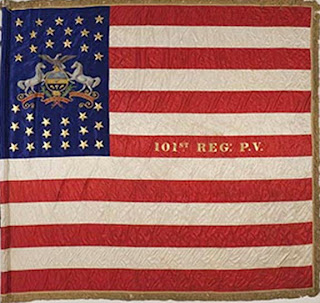 The flag of the 101st Regiment, Pennsylvania Volunteers 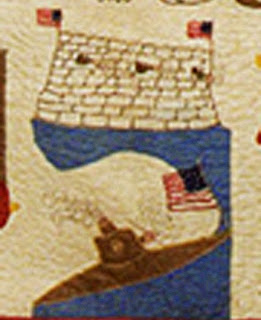 The battle between the Monitor and the Merrimac
is recalled at the center bottom of the quilt.

Benjamin (and presumably Sarah) is buried in Union Dale Cemetery in Pittsburgh. They died within weeks of each other in early 1918.

See more about the quilt here:

I saw this quilt in person. My favorite quilt teacher lives in Sewickley and was able to being it to class one night. It is in very fragile condition but still fabulous.
Susan Catanzarito

Very good idea you've shared here, from here I can be a very valuable new experience. all things that are here will I make the source of reference, thank you friends.

Very good idea you've shared here, from here I can be a very valuable new experience. all things that are here will I make the source of reference, thank you friends.

I really liked your article, and very useful for me , tnks

Thanks relating to indicating this information, fantastic suggests linked with present which intended theme in order to conversation.
Vimax and Vimax Asli

very nice blogs!!! i have to learning for lot of information for this sites...Sharing for wonderful information.Thanks for sharing this valuable information to our vision. You have posted a trust worthy blog keep sharing