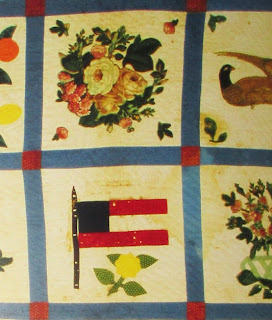 Confederate flag block in the center of an album sampler
made for Atwood Cluverius Walker,
date inscribed 1863 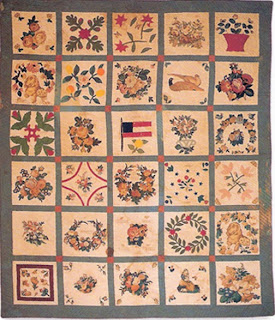 Also inscribed over the flag and the yellow flower:

"Be faithful to your flag and when the toils of war are over, may you repose peacefully beneath its folds. You friend Ellen Wright, April 6, 1863."

The Walker quilt is being shown at the Great Plains Art Museum in Lincoln, Nebraska though the end of June. It's the last venue for Homefront & Battlefield: Quilts & Context in the Civil War, an exhibit from the American Textile History Museum that "highlights a broad range of textile artifacts and other objects to explore the Civil War."
http://www.unl.edu/plains/gallery/exhibitions.shtml 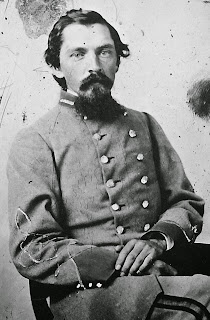 Atwood Cluverius Walker (1838-1922) survived wounds and prison camp to return to his Virginia home Mount Elba in Walkerton. He married Bettie F. Toombs in 1870 and was survived by four children. His descendants care for the quilt today. 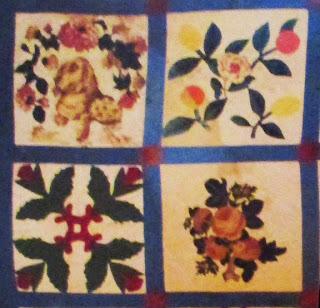 When you see the quilt in the cloth a pair of Broderie Perse
blocks with a hound dog print catch your attention. 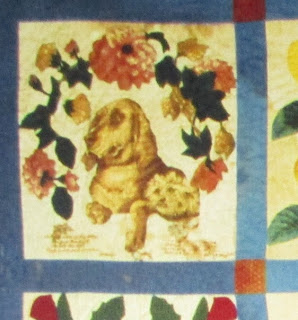 Atwood Walker must have been a fan of dogs. 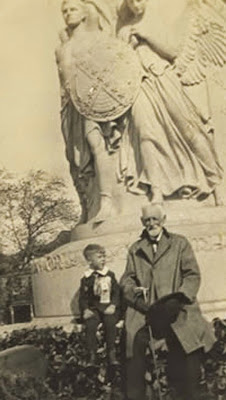 This photograph of Walker at a Confederate memorial is at the Virginia Civil War website, where scans of his papers are kept.

The catalog for the exhibit is also on sale at the Museum.
Posted by Barbara Brackman at 6:00 AM

That wonderful exhibition is coming to a close. I was fortunate to see it. The dogs and the girl or young woman in the bottom row are not your typical chintz. Wonder what their fabrics looked like in yardage and whoade them.

Oh wow that would be an event I would have loved to see. Thanks for sharing your info!